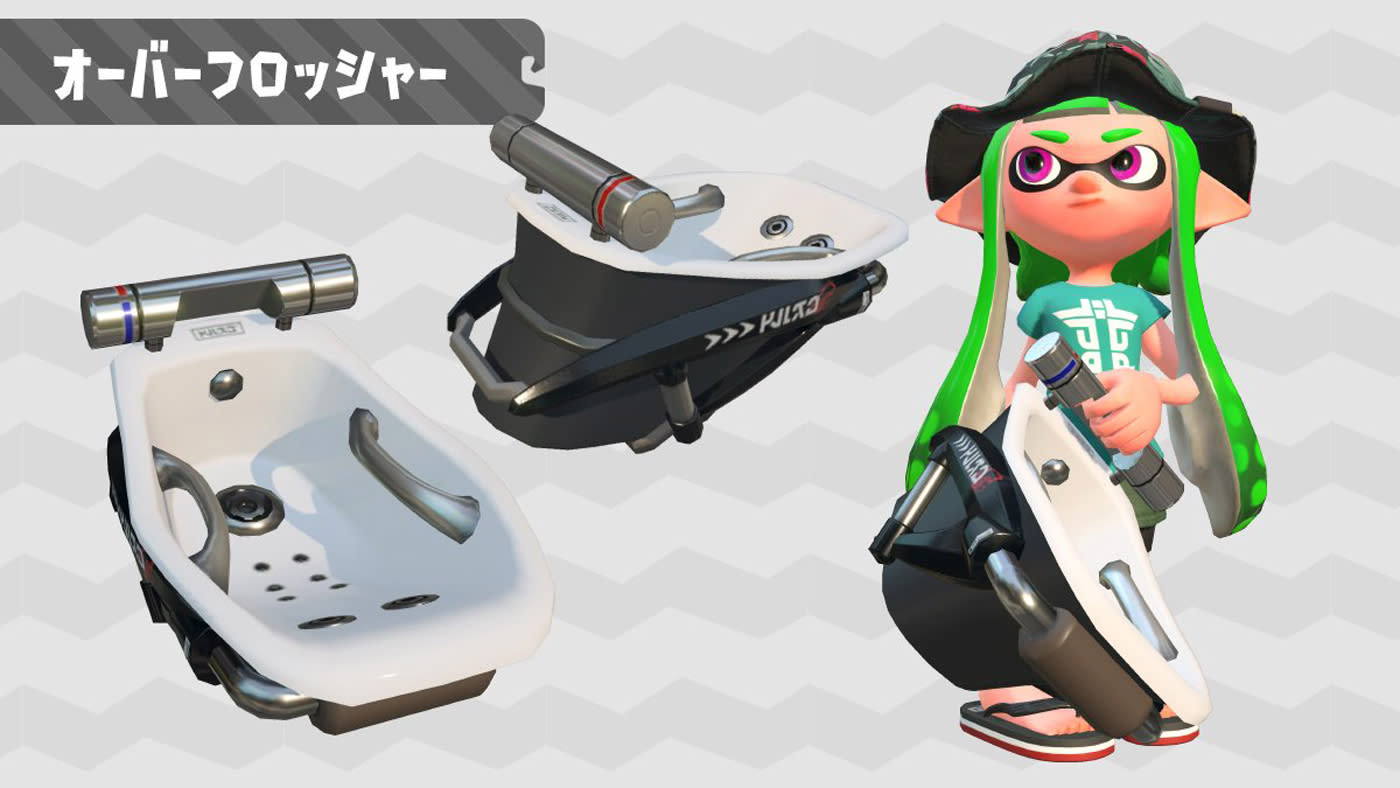 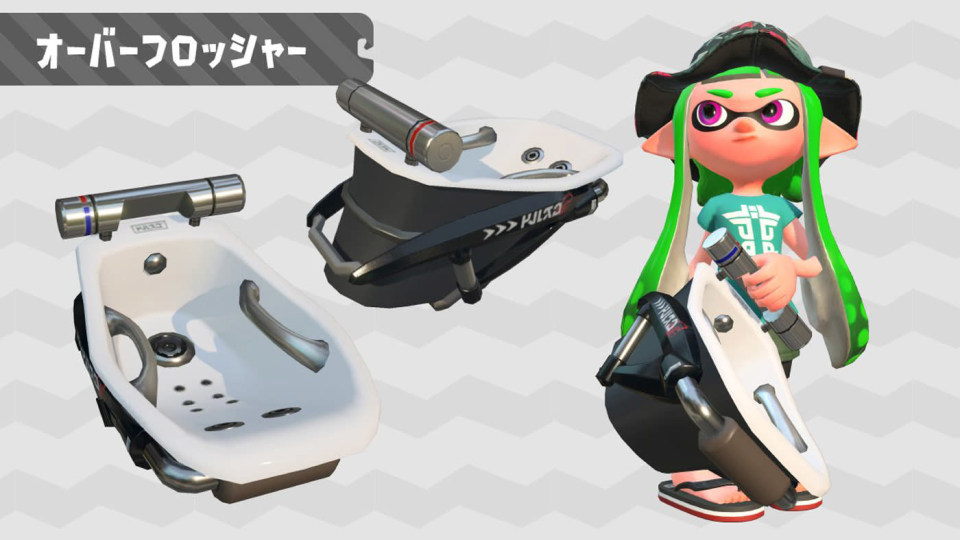 Splatoon and its Switch-based sequel, Splatoon 2, are known for their imaginative and bombastic weapons. You can tackle the series' ink-based warfare with dual pistols, shotguns and sniper rifles, but also paint brushes, buckets and even a modified NES Zapper. The latest addition to the game's armoury, though, might be the best yet. Nintendo of Europe teased the 'Bloblobber' today, which looks remarkably similar to a toilet or electronic bidet at first glance. (Seriously, so many people think it's a toilet on Twitter.) Upon closer inspection, though, it's probably a tiny bathtub. (Do bidets have inward-facing handles? I'm totally overthinking this...)

Ancho-V Games is coming to #Splatoon2 soon, alongside two new weapons – the Nautilus 47 and the Bloblobber! pic.twitter.com/hqZ22rQV95

A tweet from the official Splatoon Twitter account shows the weapon in action. A simple swing produces a flurry of colorful bubbles that can coat the floor or presumably decimate your opponent. The cascading balls bounce too, meaning they work as both a short and long-range attack. Alongside the Bloblobber (its name in Japan roughly translates to Overflusher) Nintendo is adding an armored Nautilus 47 weapon and a stage called Ancho-V Games. They highlight the company's long-running support for the title, which came out almost a year ago. If you're a lapsed fan, it's well worth checking out the new single-player Octo Expansion...

In this article: art, gaming, nintendo, Splatoon, Splatoon2
All products recommended by Engadget are selected by our editorial team, independent of our parent company. Some of our stories include affiliate links. If you buy something through one of these links, we may earn an affiliate commission.