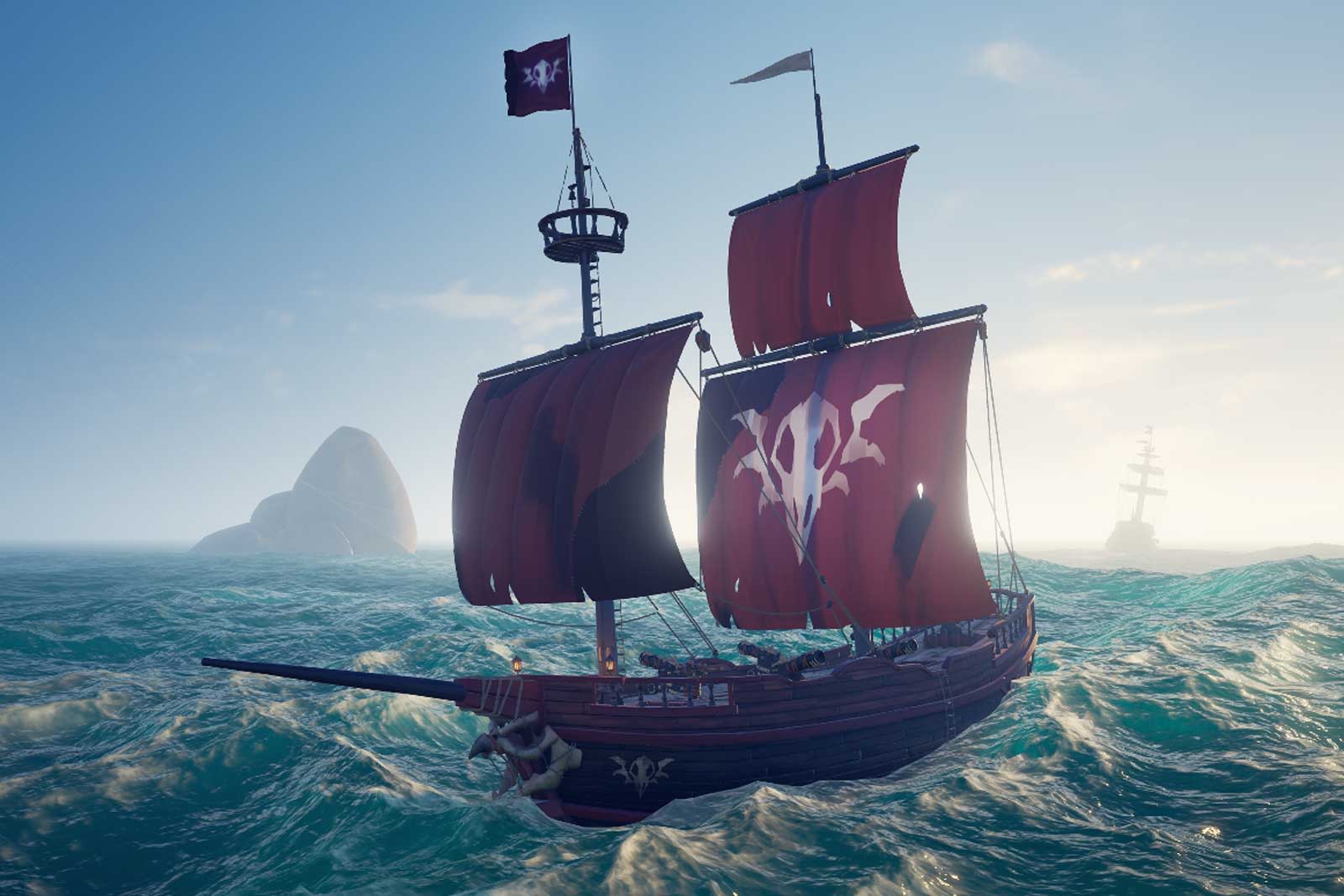 It won't be too much longer before the first of Sea of Thieves' two free summer add-ons makes an appearance. Rare and Microsoft have revealed that Cursed Sails will be available to Windows and Xbox One players on July 31st. The DLC introduces "terrifying" ships with skeletal crews, a three-person Brigantine ship and Alliances that help you take on larger challenges in return for similarly huge rewards. You'll want to act quickly if you want to make the most of Cursed Sails, though -- the campaign associated with the DLC lasts just three weeks.

You'll still have to wait until sometime in September for the Forsaken Shores DLC, which promises a hellish new region. All the same, it's evident that Rare is acting on its promise to add more raw gameplay instead of focusing on bonuses like pets. Critics and players alike have complained that Sea of Thieves runs out of novel activities relatively quickly. These free add-ons won't keep players engaged forever, but they could provide some much-needed reasons to come back when the ship raids and treasure hunts have worn thin.

In this article: av, cursedsails, dlc, games, gaming, microsoft, personal computing, personalcomputing, rare, seaofthieves, video, videogames, windows, xboxone
All products recommended by Engadget are selected by our editorial team, independent of our parent company. Some of our stories include affiliate links. If you buy something through one of these links, we may earn an affiliate commission.