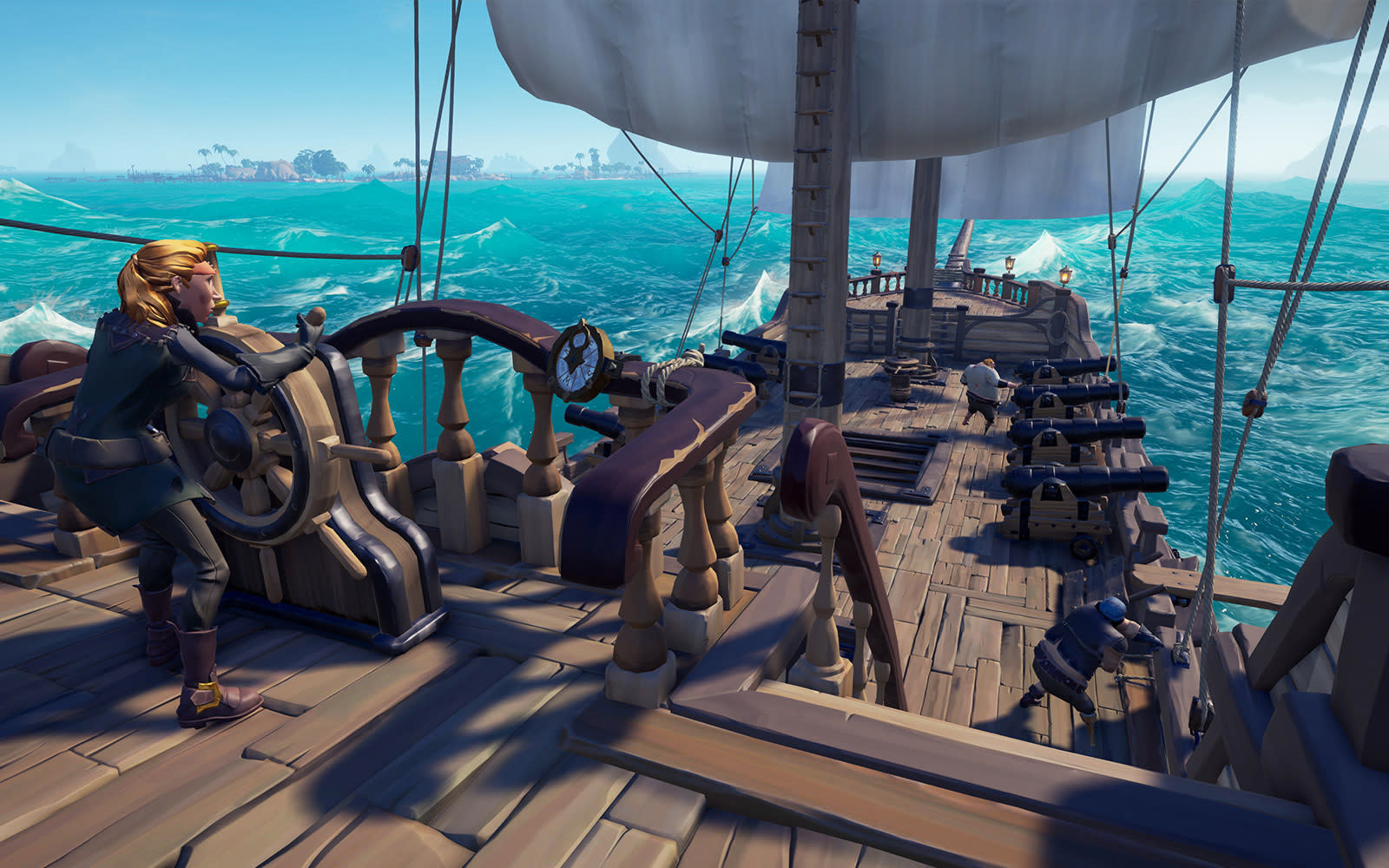 Ask a Sea of Thieves player for complaints and they'll likely have one common theme: there's not enough to do. You can only dig up so many treasures on the same islands. And Rare knows it. The developer has detailed content plans for the first several months after launch, including a shift in priorities. While Rare had talked about adding pets and ship captaincy early on, those features are "on the back burner" as the company focuses on adding more raw gameplay, including maps, enemies and events.

The first wave of new material arrives in May, including The Hungering Deep (which focuses on a "new AI threat" and a special event) as well as weekly events that bring "new mechanics" and rewards. In the summer, you'll get both a new ship type through Cursed Sails as well as a new region in Forsaken Shores. Both of those later updates will once again toss in new gameplay dynamics, AI enemies and rewards.

Rare was careful to warn that its plans would remain "fluid," but maintained that all new content will be free. It doesn't want to split the player base, and that means ensuring that everyone is on the same page.

This won't necessarily change your mind if you weren't already inclined to swashbuckling. However, it's an acknowledgment of a recurring problem we've seen with games like Destiny 2: when the experience centers around cooperative play, you need a steady stream of new content to keep players interested. A good underlying concept will only go so far if gamers have no reason to come back.

In this article: av, cursedsails, forsakenshores, games, gaming, microsoft, personal computing, personalcomputing, rare, seaofthieves, video, videogames, windows, xboxone
All products recommended by Engadget are selected by our editorial team, independent of our parent company. Some of our stories include affiliate links. If you buy something through one of these links, we may earn an affiliate commission.