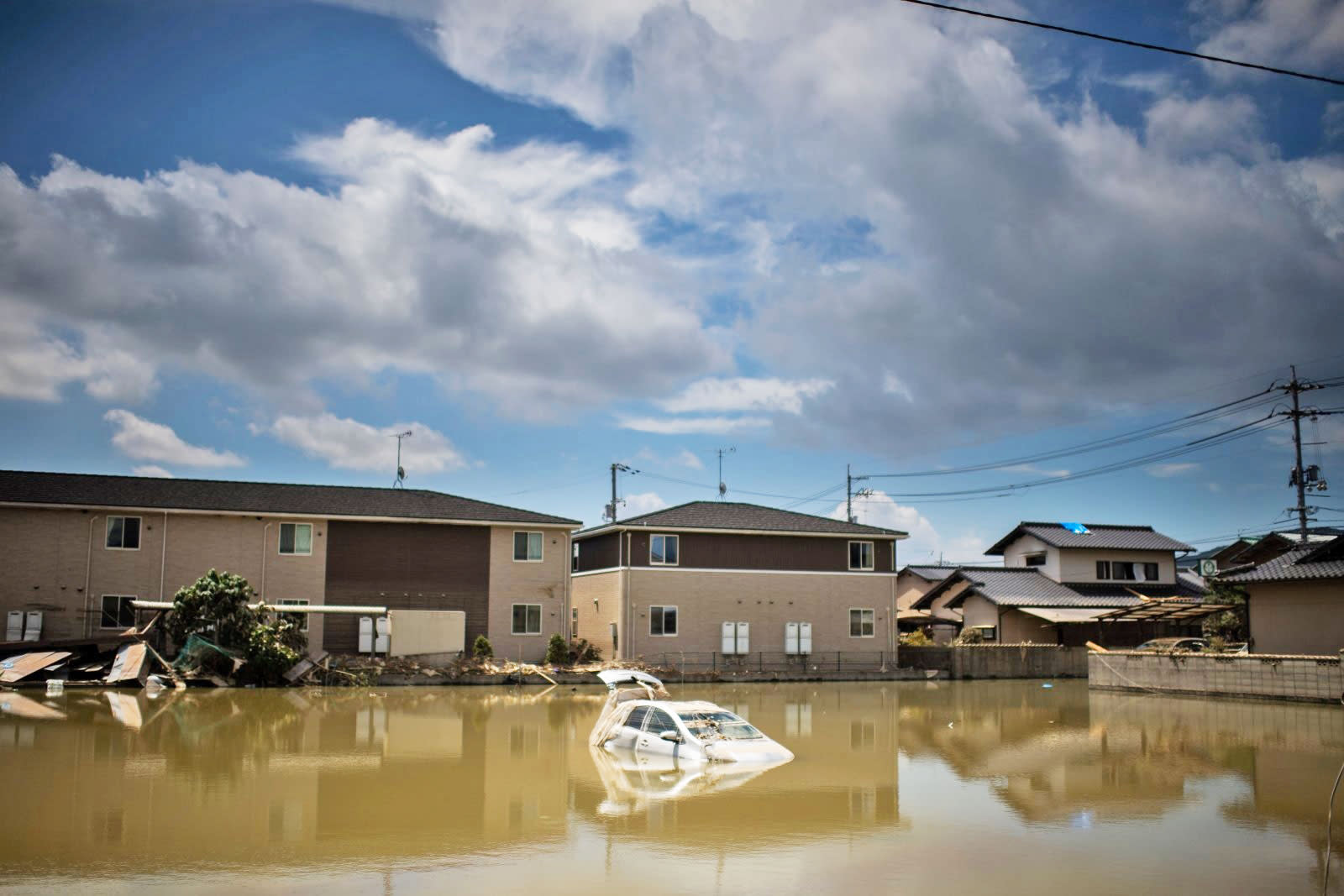 Earlier this month heavy rain caused devastating flooding throughout western and central Japan, resulting in more than 200 deaths and causing millions to evacuate. Now, Apple has announced that it will repair devices damaged in the floods for free. Any repairable iPhones, Macs, iPads, iPods, Apple Watches and Apple displays directly damaged by flooding will be fixed by the company for no charge. Accessories are not included as part of the offer. Apple expressed its sympathy to those affected by the floods and wished for speedy reconstruction.

Residents of Japan that want to request service for damaged devices can call a support line at 0120-27753-5 and devices will be accepted through the end of September. Repaired devices will be returned through delivery, though Apple notes that pickup and delivery services may be suspended or delayed due to flood damage. You can find more information through Apple's Japanese website.

In this article: apple, applewatch, flooding, gadgetry, gadgets, gear, ipad, iphone, iPod, japan, mac, repair, services
All products recommended by Engadget are selected by our editorial team, independent of our parent company. Some of our stories include affiliate links. If you buy something through one of these links, we may earn an affiliate commission.