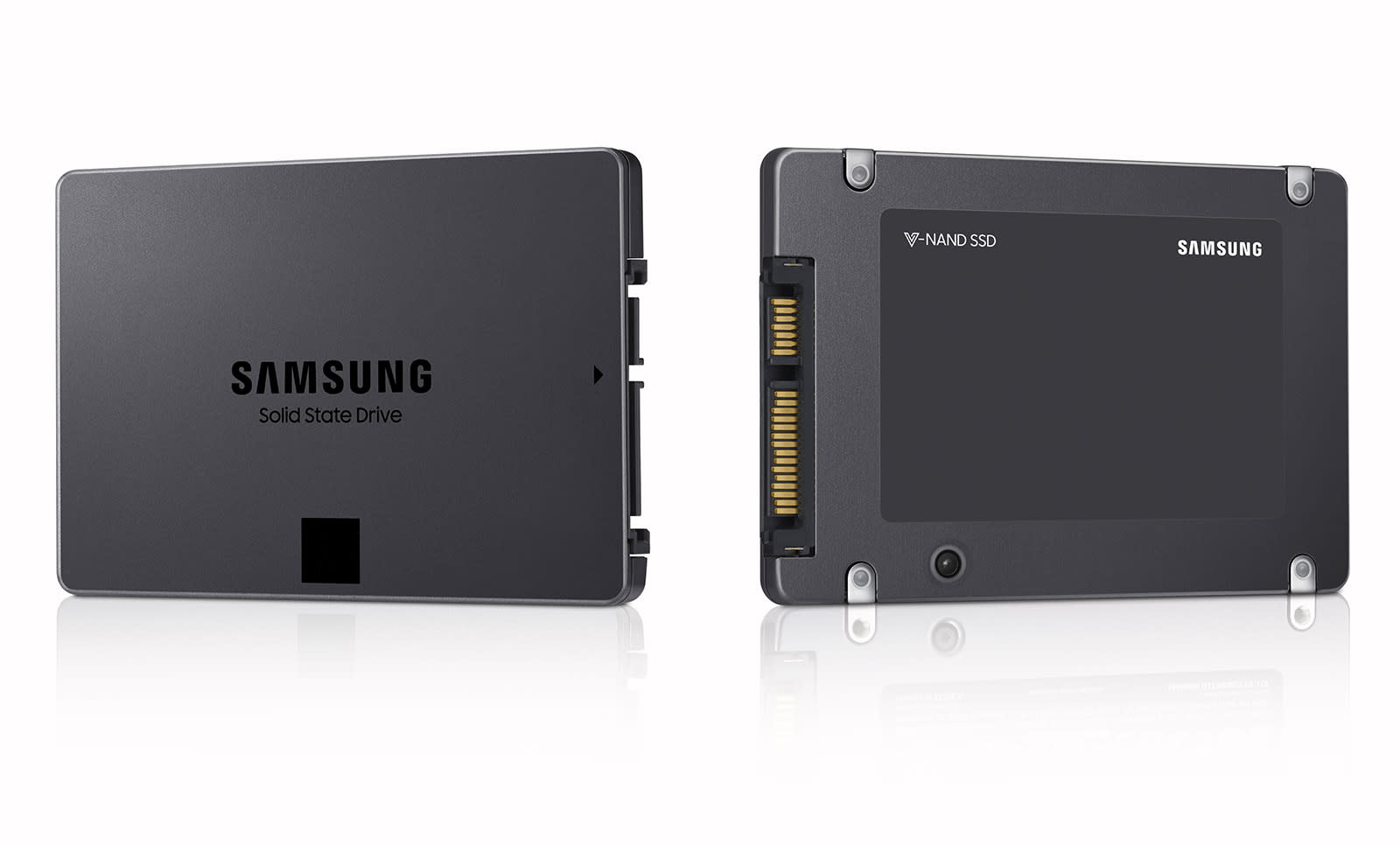 When Samsung unveiled its first-ever 1-terabit flash chip, it promised that massive SSD storage devices would soon follow. As promised, it's now producing 4TB SSDs, and best of all, these drives are not for cloud companies or enterprises. "Samsung's new 4-bit SATA SSD will herald a massive move to terabyte-SSDs for consumers," said executive VP of memory sales Jaesoo Han.

The SSDs are the "industry's first" to use 4-bit V-NAND memory tech. The so-called QLC quad-level cells pack more memory into the same space as previous 3-bit cells, while operating at the same speeds. As a result, the new 4TB 2.5-inch SATA-based SSDs read and write data at 540 MB/s and 520 MB/s, respectively -- fast enough to capture and playback RAW 4K video files. While speeds are the same, 4-bit QLC cells likely won't survive as many read-write cycles as previous-gen tech, making them less suitable for intense server applications.

The 4TB drive will use just 32 of its fourth-generation, 64-layer 1-terabit V-NAND chips, Samsung said. Along with the 4TB drive, it will introduce 1TB and 2TB SATA SSDs later this year and also launch enterprise M.2 NVMe drives using the tech in 2018.

Samsung has yet to reveal the all-import prices for the new devices. Right now, you can pick up a 4TB hard drive on Amazon for as little as $100, while Samsung's 860 EVO 4TB SSD drive is over ten times that. If aimed at consumers, pricing for the new SSDs will have to be much cheaper, but Samsung seems confident. "As we expand our lineup across consumer segments and to the enterprise, 4-bit terabyte-SSD products will rapidly spread throughout the entire market," Han said.

In this article: 4-bit, 4TB, gear, personal computing, personalcomputing, QLC, samsung, SamsungElectronics, SSD, V-NAND
All products recommended by Engadget are selected by our editorial team, independent of our parent company. Some of our stories include affiliate links. If you buy something through one of these links, we may earn an affiliate commission.