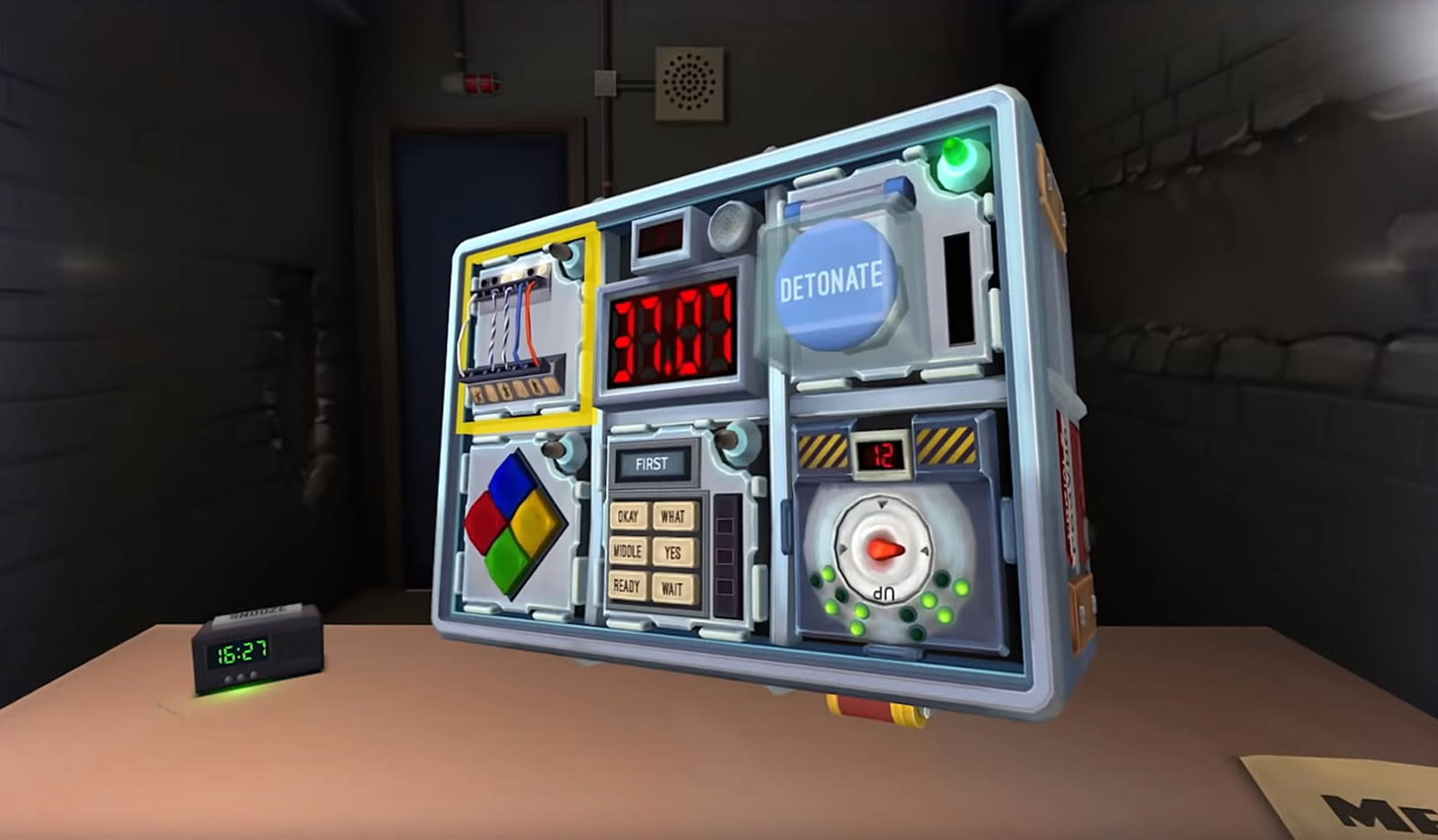 Keep Talking and Nobody Explodes is a clever application of VR, as only one headset is required (for the bomb defuser) while everyone else explains how to deactivate the device. Now, you'll be able to play the game on consoles without a headset, as it is coming to PS4, Xbox One and Nintendo's Switch. Pre-orders start today at noon ET, with an official release date of August 16th.

Gameplay requires two or more players and is pretty straightforward. Each time you play, the bomb and manual are different. As before, one player is locked in a room with a ticking time bomb, and must defuse it by following the "bomb defusal manual." The catch is that they can't see the manual, so other "expert" players (who can't see the bomb) must decipher it and shout instructions to the expert. Hilarity and miscommunications ensue, and hopefully nobody gets blown to bits.

Console play was limited to PSVR owners, so "flatscreen" mode and wider console supports opens up the game to a lot more players. Now, only the defuser can look at the console screen, while the experts read the manual on laptops, phones and other devices. You don't even need to be in the room, as local co-op mode is supported.

The original game worked on Oculus VR, PlayStation VR, Gear VR, Daydream, PC, OS X and Linux, and owners will get the flatscreen mode for free. For everyone else, it's coming on August 16th, 2018 for $15.

Update: The post originally implied that VR was required to play the game, but you've always been able to play in flatscreen mode on PC and PSVR. Rather, it now works on a regular PS4 and other consoles.The post has been updated with the correct information.

In this article: av, BombDefusing, Flatscreen, gaming, keeptalkingandnobodyexplodes, Non-VR, Playstation4, puzzler, SteelcrateGames
All products recommended by Engadget are selected by our editorial team, independent of our parent company. Some of our stories include affiliate links. If you buy something through one of these links, we may earn an affiliate commission.