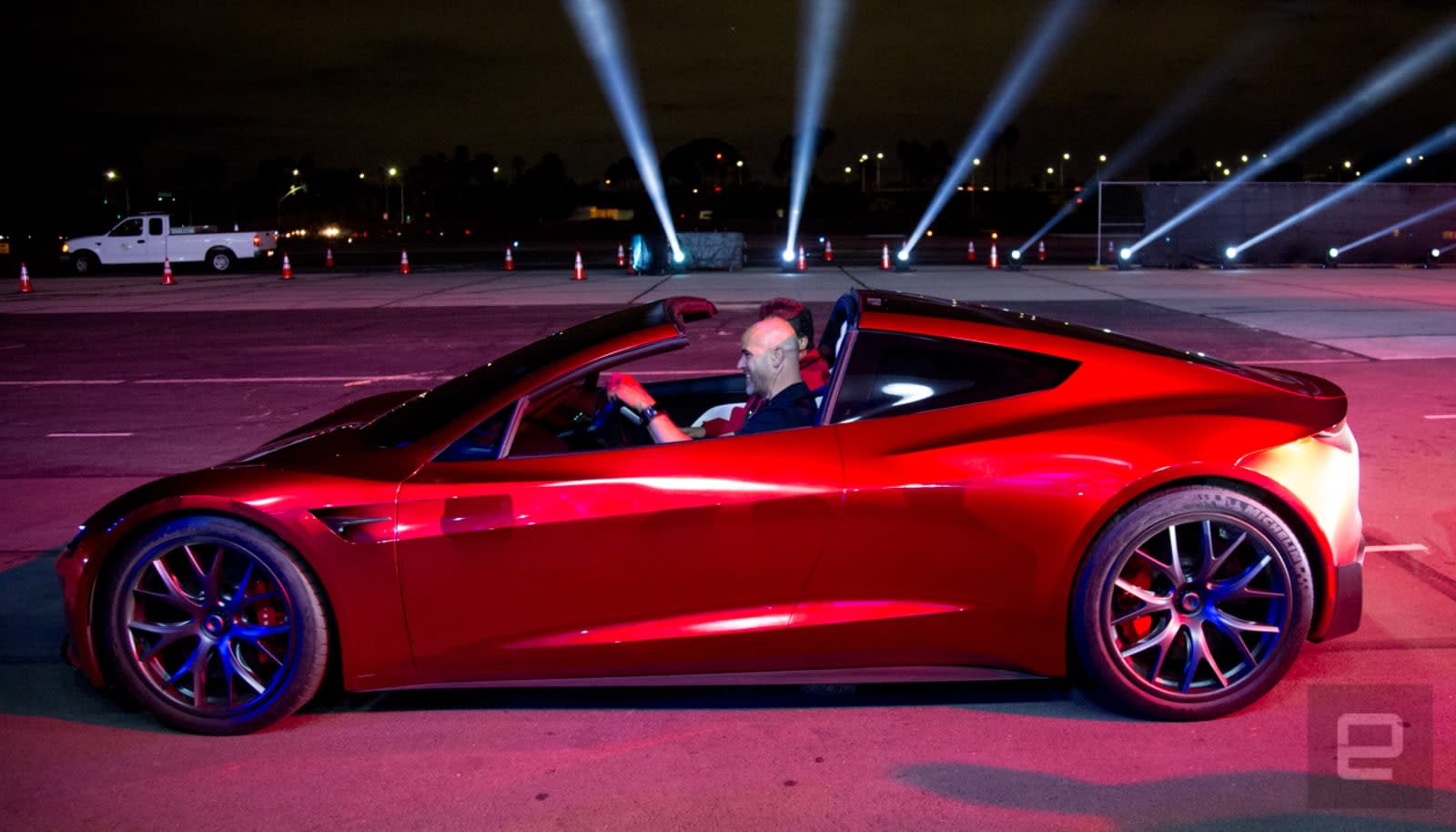 Tesla's new Roadster has been virtually impossible to see outside of its original launch event unless you've been fortunate enough to spot a prototype in the wild. You're about to get a better peek, though. CNBC is teasing a close look at the electric supercar with the August 23rd episode of Jay Leno's Garage, with Jay Leno talking to Tesla design chief Franz von Holzhausen about the upcoming machine. There's no guarantee you'll receive any profound insights from the TV segment (and its likely YouTube follow-up), but it's a rare chance to see the Roadster in action before its 2020 launch.

It's not completely surprising that Tesla would limit exposure to the new Roadster, as the company has repeatedly suggested that you'll see changes for the production vehicle. It's likely to ditch the yoke-like steering wheel and introduce rear-view mirrors, for example. Why spend a lot of time selling customers on a Roadster design they'll never own? The Jay Leno's Garage appearance may be more for enthusiasts who know what to expect and just want to explore every nook and cranny of the prototype.

In this article: electriccar, electricvehicle, ev, franzvonholzhausen, gear, jayleno, roadster, tesla, transportation, video
All products recommended by Engadget are selected by our editorial team, independent of our parent company. Some of our stories include affiliate links. If you buy something through one of these links, we may earn an affiliate commission.