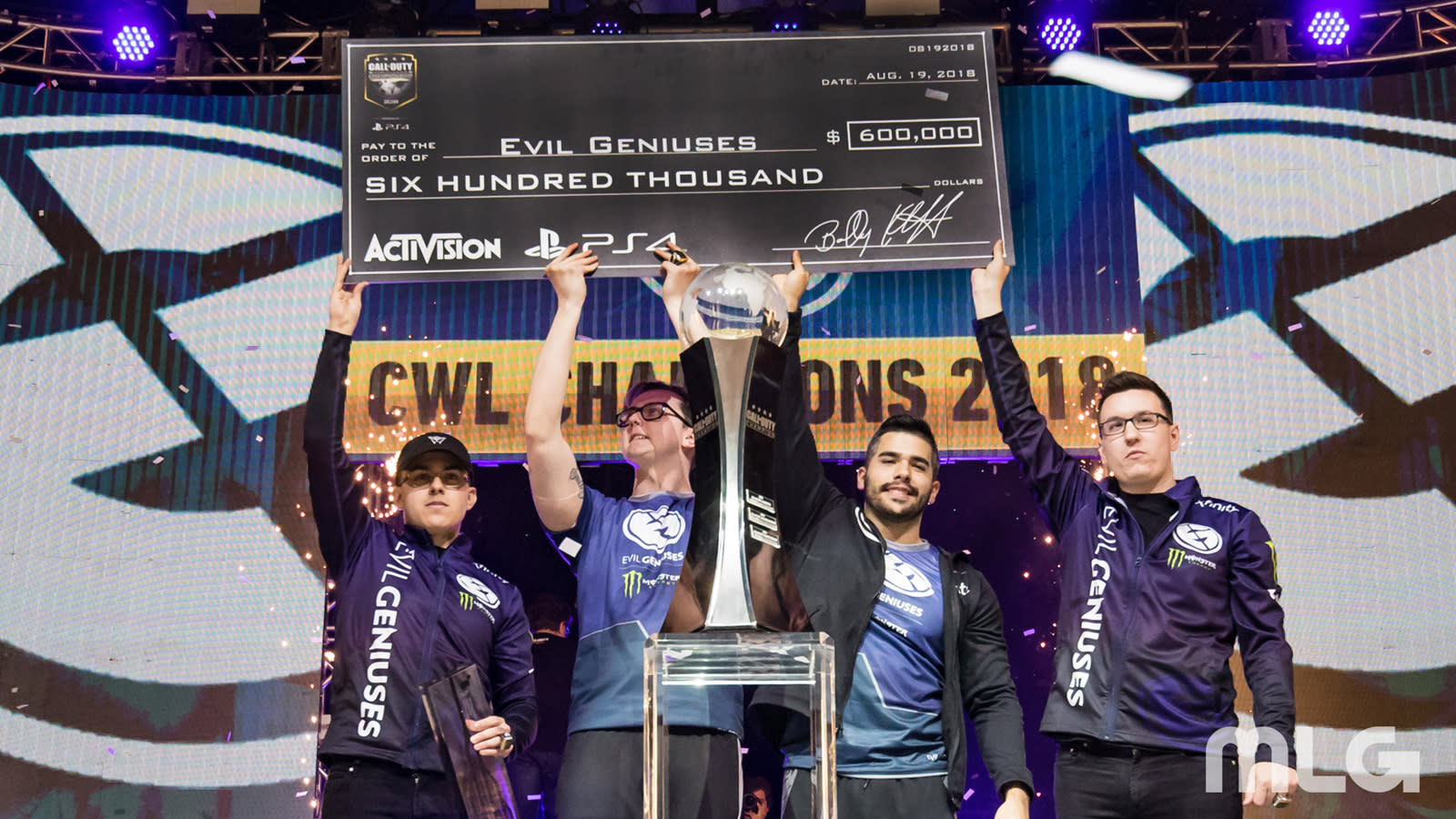 If you needed evidence that Call of Duty is still a big deal in the esports realm, you just got it. Well-known team Evil Geniuses just took home $600,000 as the winners of the 2018 Call of Duty World League Championship, solidly taking down Team Kaliber in a variety of COD: WWII game modes. The win caps off a "record-setting" season where a hefty $4.2 million in prize money was up for grabs (the largest ever in the League), $1.5 million of it in the Championship alone.

The results are clearly welcome for both EG as well as MLG's owners at Activision, which gets a not-so-subtle plug for its marquee shooter. At the same time, the event illustrates just how rapidly esports has grown, particularly for COD. Several years ago, early esports players rarely made a living wage -- now, the very best players can swim in cash. There's still a lot of inconsistency (CWL doesn't have minimum salaries like you see with some leagues), but it's possible for some COD players to turn their skill into a viable career.

In this article: activision, av, callofduty, callofdutyworldleague, CallOfDutyWWII, esports, games, gear, mlg, personal computing, personalcomputing, videogames
All products recommended by Engadget are selected by our editorial team, independent of our parent company. Some of our stories include affiliate links. If you buy something through one of these links, we may earn an affiliate commission.