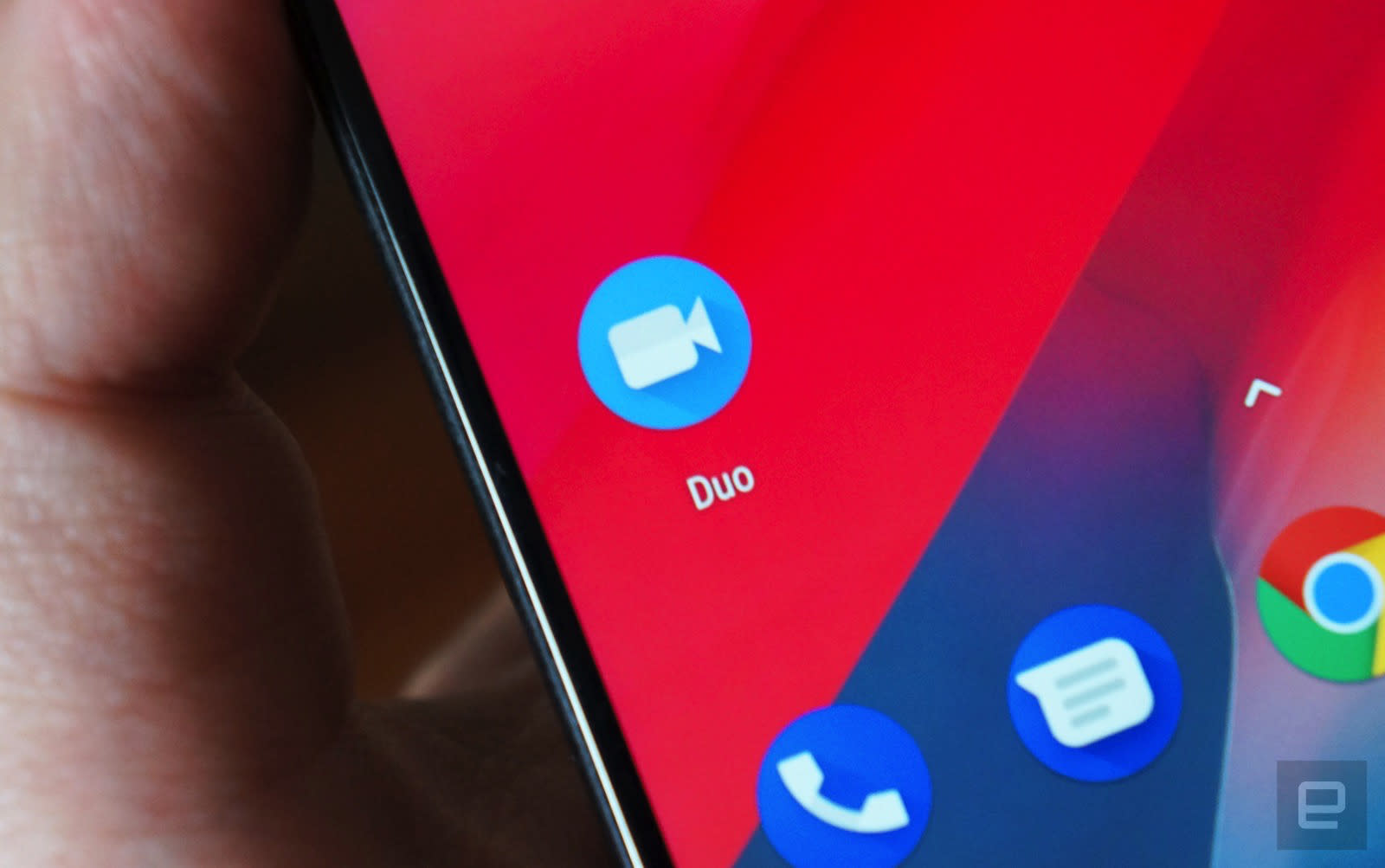 Since Duo is supposed to replace Hangouts as your all-purpose mobile video and calling app, it's hard to believe there's been no tablet-specific version. Google just rectified that with the release of Duo versions for both iPad and Android tablets. That could entice some iOS users with Android friends to switch, as rival app Hangouts is still limited to Apple's walled garden.

Rolling out over the next few days, the newest #GoogleDuo update lets you make video calls on Android tablets and iPads https://t.co/jNB787MXhd pic.twitter.com/Kz3MeL5RUU

Sure, you could install iPhone and Android smartphone versions of Duo on your tablet already, but the formatting was awkward on a larger device. Duo now takes better advantage of the extra tablet space, particularly if you're doing a group video message. The iPad version is definitely new, but some Android tablet users have had it now for a while, so Google apparently did a limited rollout earlier this summer.

Duo has become the default Android calling app, while Hangouts is now relegated to business use. Duo started off as a rather bare-bones app designed to work with poor connections, but Google has gradually added features like screen-sharing and, most recently, multiple device support. Companion app Allo hasn't garnered the same attention, but Google seems to have big plans for it.

In this article: Android, Duo, Facetime, gear, google, GoogleDuo, iOS, mobile, Tablets, VideoCalls
All products recommended by Engadget are selected by our editorial team, independent of our parent company. Some of our stories include affiliate links. If you buy something through one of these links, we may earn an affiliate commission.