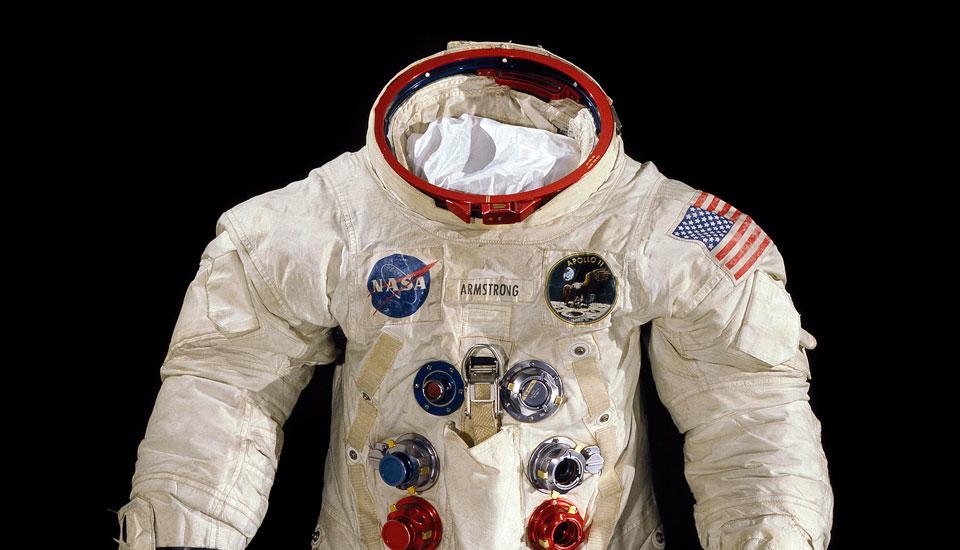 Plastics are the worst. Some types are killing marine life because they don't break up fast enough, while others are making museum conservators' lives a lot harder because because they fall apart too easily. The Smithsonian's conservators are struggling to keep some of the museum's exhibits intact due to plastics, for instance, including a very important piece of space history: Neil Armstrong's spacesuit.

The suit is made of 21 different layers of plastics, including nylon, neoprene, Mylar and Teflon. They're all prone to degradation, but it's neoprene that poses the biggest problem -- it tends to harden and become brittle over time. Smithsonian pulled Armstrong's suit from its exhibit and put it in storage to slow down its disintegration back in 2006. Three years ago, it even raised over $700,000 on Kickstarter for the suit's preservation.

Those measures saved the suit from complete ruin, but they're still not enough to prevent signs of breakdown from showing up. According to The New York Times' report, curators found a brown stain on the suit's left torso that developed in storage. That apparently showed up, because molecules from the PVC air supply tubes moved into the gaps between the molecules of the spacesuit's materials. Dartmouth College physical chemist Jane Lipson explained to NYT that the molecules in plastics have big gaps and are not arranged in the most efficient way. Molecules from external sources can move in, causing the original molecules to reorganize themselves and alter the material's composition.

The Smithsonian is using the money it got from Kickstarter to preserve and restore Armstrong's suit. It's also rushing to finish the construction of a special display case over the next year. That case will be designed to keep the suit contained in an environment that maintains a 63 degrees Fahrenheit temperature and 30 percent humidity. It will have filters to remove contaminants, as well. So, if you want to see it with your own two eyes soon, just in case it doesn't survive the next few decades, keep an eye out for the museum's celebration of the first moon landing's 50th anniversary in 2019.

In this article: gear, NeilArmstrong, smithsonian, space, spacesuit, tomorrow
All products recommended by Engadget are selected by our editorial team, independent of our parent company. Some of our stories include affiliate links. If you buy something through one of these links, we may earn an affiliate commission.