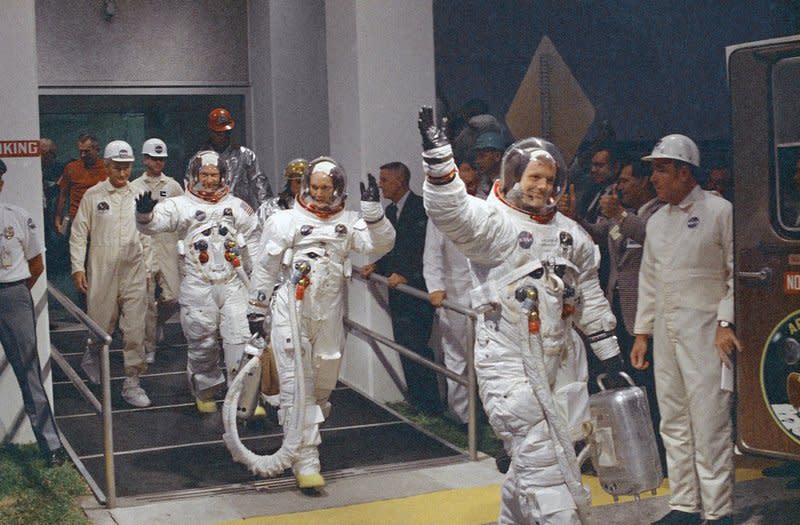 The first man to walk on the moon, Neil Armstrong, took several items with him on that historic trip, including a US flag, a United Nations flag, state flags and several medallions that were only available to NASA astronauts. He also apparently kept the original camera that recorded his moonwalk in a closet. Now, Armstrong's personal collection will be offered for sale in a series of auctions starting November 1st and 2nd in his home state of Ohio. Bids can be offered online, by phone or in person.

There are some other, more personal items in the collection, as well, including a centennial flag from Armstrong's alma mater, Purdue University, that the astronaut took with him on Apollo 11. He also saved his own Boy Scout cap. According to the Associated Press, Armstrong never told his son Mark what to do with all the items he'd collected. "I don't think he spent much time thinking about it," Mark Armstrong told the AP. "He did save all the items, so he obviously felt they were worth saving."

Armstrong passed away in 2012, and his sons decided it was time to start dealing with all the artifacts. "We felt like the number of people that could help us identify them and give us the historical context was diminishing and that the problem of understanding that context would only get worse over time," Mark Armstrong said.

In this article: apollo11, auction, gear, landing, moon, nasa, neilarmstrong, space
All products recommended by Engadget are selected by our editorial team, independent of our parent company. Some of our stories include affiliate links. If you buy something through one of these links, we may earn an affiliate commission.