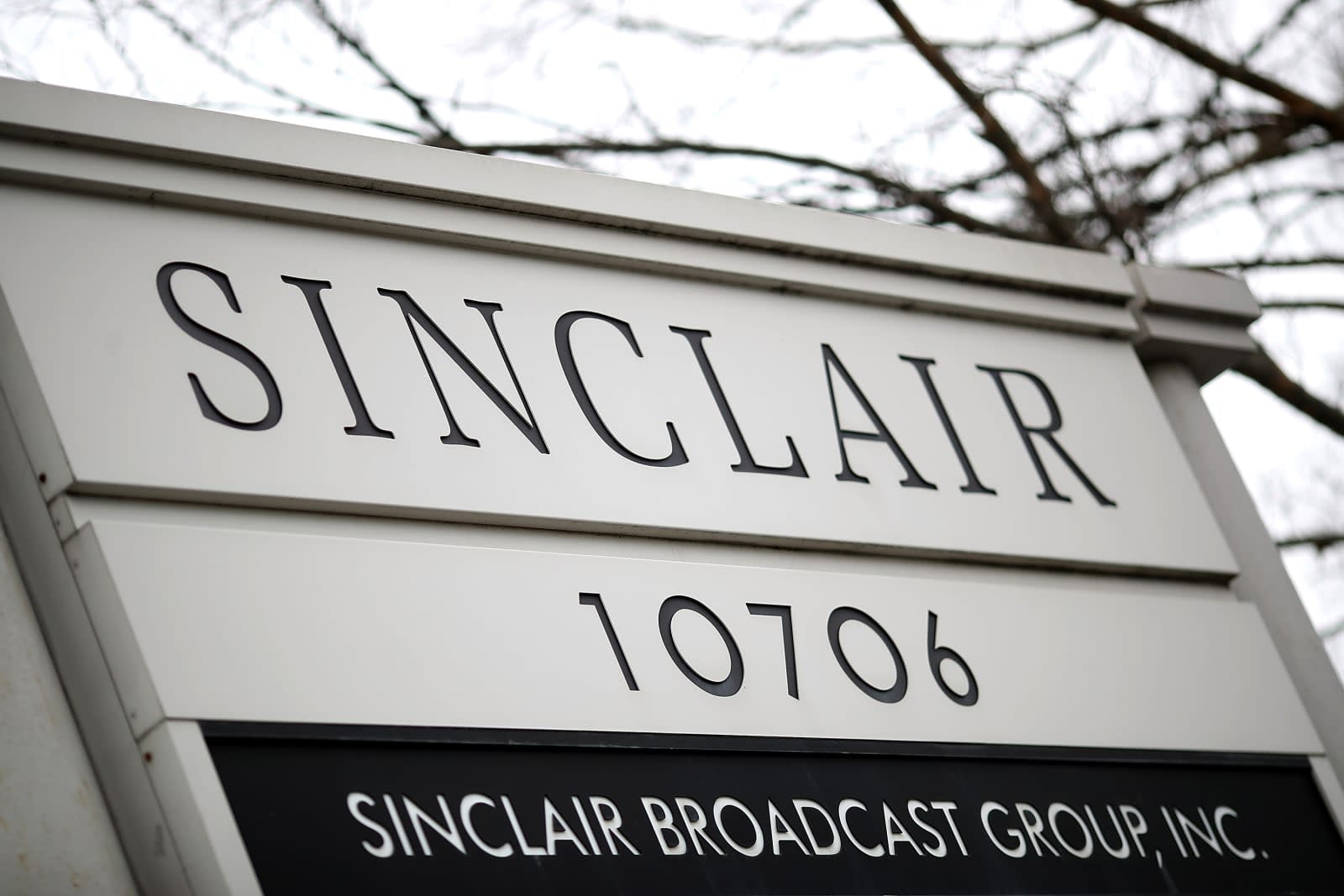 Looks like we won't be hearing the end of that Sinclair and Tribune Media drama anytime soon, even though the merger is no longer happening. Sinclair is now counter-suing Tribune Media, accusing the company of trying to profit off of an unfortunate turn of events. The suit claims that the companies were working together, as partners, every step of the way, and Tribune's lawsuit "reflects a deliberate effort to exploit and capitalize on an unfavorable and unexpected reaction from the FCC to capture a windfall for Tribune."

Earlier this month, after the FCC referred the merger to a judge via a Hearing Designation Order (not a good sign for deal approval), Tribune Media backed out. The company then filed suit against Sinclair because it claimed that the company was not using "best reasonable efforts" to unload some of its stations, which was a requirement before the deal could be approved. Sinclair appeared to be structuring many of the deals so that, while ownership would transfer, it would still retain some control over the stations.

Tribune Media then sued Sinclair for $1 billion in damages for breach of contract, and now the company has its response. Sinclair claims that the two have been partners every step of the way; the filing emphasizes how much time the companies spent working together on the merger, and that Tribune was a partner in all decisions.

And according to Sinclair, Tribune Media is actually the party in breach of contract; rather than make its best efforts to ensure the deal was closed, it chose to pull out altogether after the FCC order. "When confronted with the HDO, however, Tribune made an aboutface, and its number one priority became distancing itself from the regulatory approval process and preserving and promoting a meritless litigation claim," the filing says. It's clear that there's more to come on this front in the not-too-distant future.

In this article: business, entertainment, fcc, merger, sinclair, SinclairBroadcastGroup, tribune, tribunemedia
All products recommended by Engadget are selected by our editorial team, independent of our parent company. Some of our stories include affiliate links. If you buy something through one of these links, we may earn an affiliate commission.