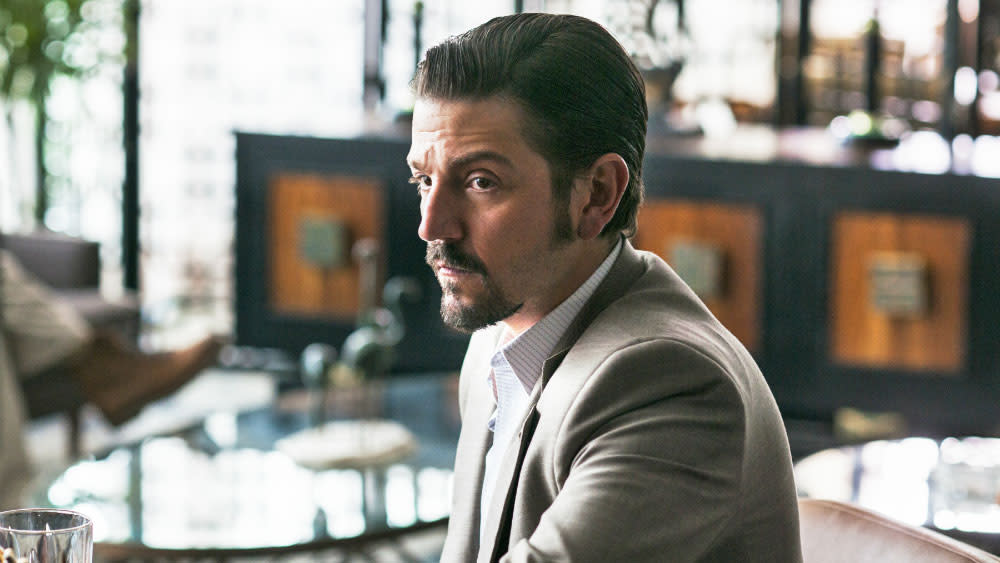 Netflix has released a trailer for its new series Narcos: Mexico, a follow-up to its three-season series Narcos. With Narcos: Mexico, the show moves out of Colombia and away from the Cali cartel, focusing instead on the rise of Mexico's Guadalajara cartel in the early 1980s. In the short trailer, we see what we've come to expect from the Narcos title -- drugs, battle and the rise of an empire. We also see the two new stars. Diego Luna (Rogue One: A Star Wars Story, Y Tu Mamá También) will play cartel leader Félix Gallardo and Michael Peña (Ant-Man and the Wasp, End of Watch) will play undercover DEA agent Kiki Camarena, the man tasked with bringing Gallardo down. Narcos: Mexico premieres November 16th.

In this article: av, entertainment, narcos, narcosmexico, netflix, series, TV, video
All products recommended by Engadget are selected by our editorial team, independent of our parent company. Some of our stories include affiliate links. If you buy something through one of these links, we may earn an affiliate commission.