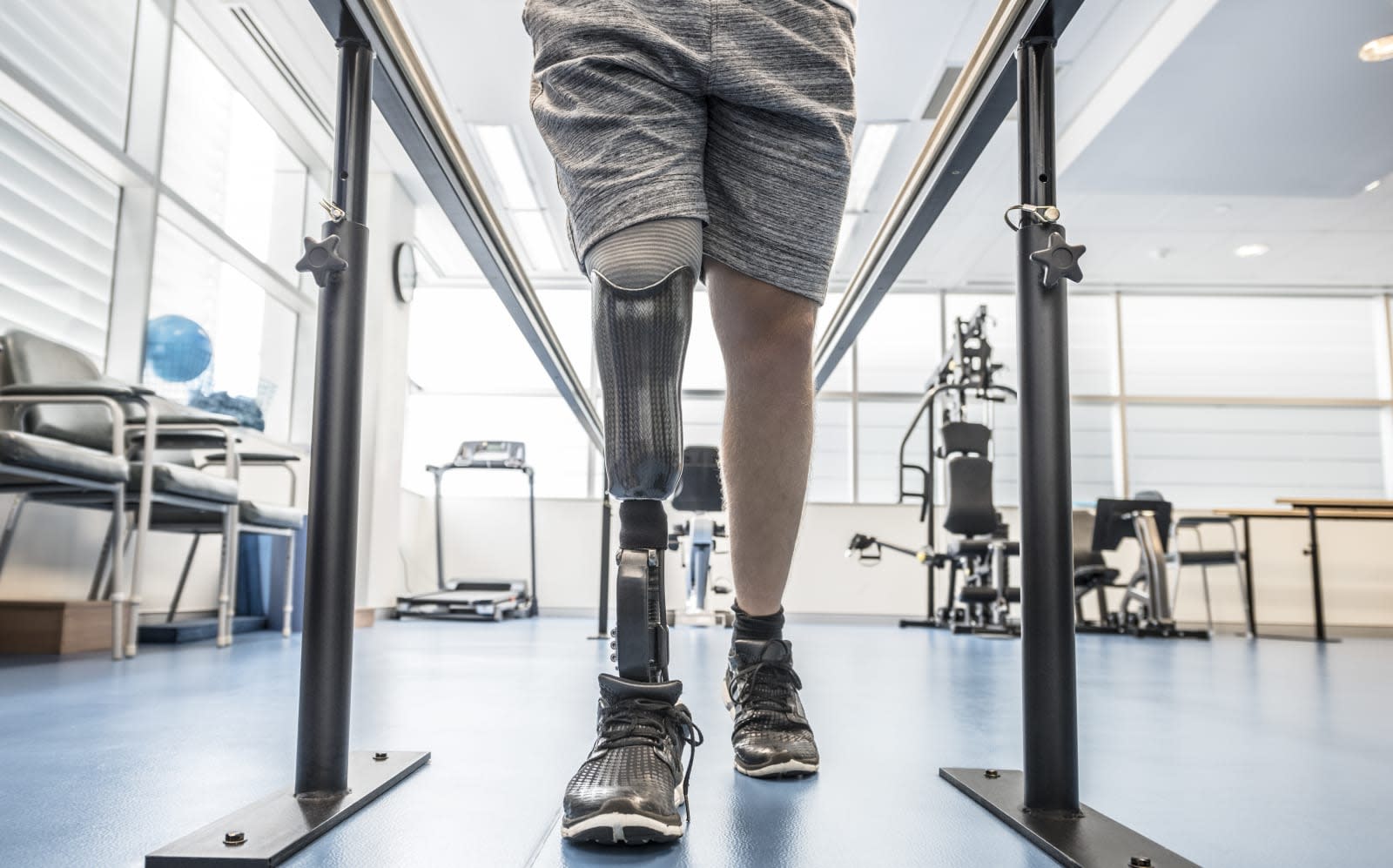 AT&T has teamed up with prostheses provider Hanger Clinic to develop a standalone, network-connected device that can help prosthetists (thanks, Jaclyn!) tweak prosthetic limbs for each patient's needs. The small device, designed to stick to a prosthesis, is equipped with an accelerometer, gyroscope and magnetometer. Those components can detect and collect the data medical providers need to be able to figure out if a patient has issues with their limb's fit and comfort or if they're having any movement issues. And, since the device uses AT&T's LTE-M network, it can upload that information to the cloud in near-real time even with no WiFi or Bluetooth connection.

According to Hanger Clinic Vice President Aaron Flores, not all amputees can communicate their concerns or discomforts properly. Most of them used to have all four limbs, after all, and using a prosthesis is an entirely new, unfamiliar experience. By keeping an eye on usage information, such as speed of motion, impact force, direction and rotation, the device can give providers "a window into patients' daily experiences and equip [them] with a level of connectivity [they've] never had before, and in turn, provide even better patient care."

While the device uploads data straight to the cloud, patients will be able to see some of it, such as their daily number of steps, through its accompanying iOS app. It's still a prototype at this point in time, though, and only for prosthetic legs. The partners are currently testing it with five existing patients, with the intention of taking its best features and components to create a fully functional version of the device for its next iteration.

In this article: att, gear, medicine, prosthetics
All products recommended by Engadget are selected by our editorial team, independent of our parent company. Some of our stories include affiliate links. If you buy something through one of these links, we may earn an affiliate commission.