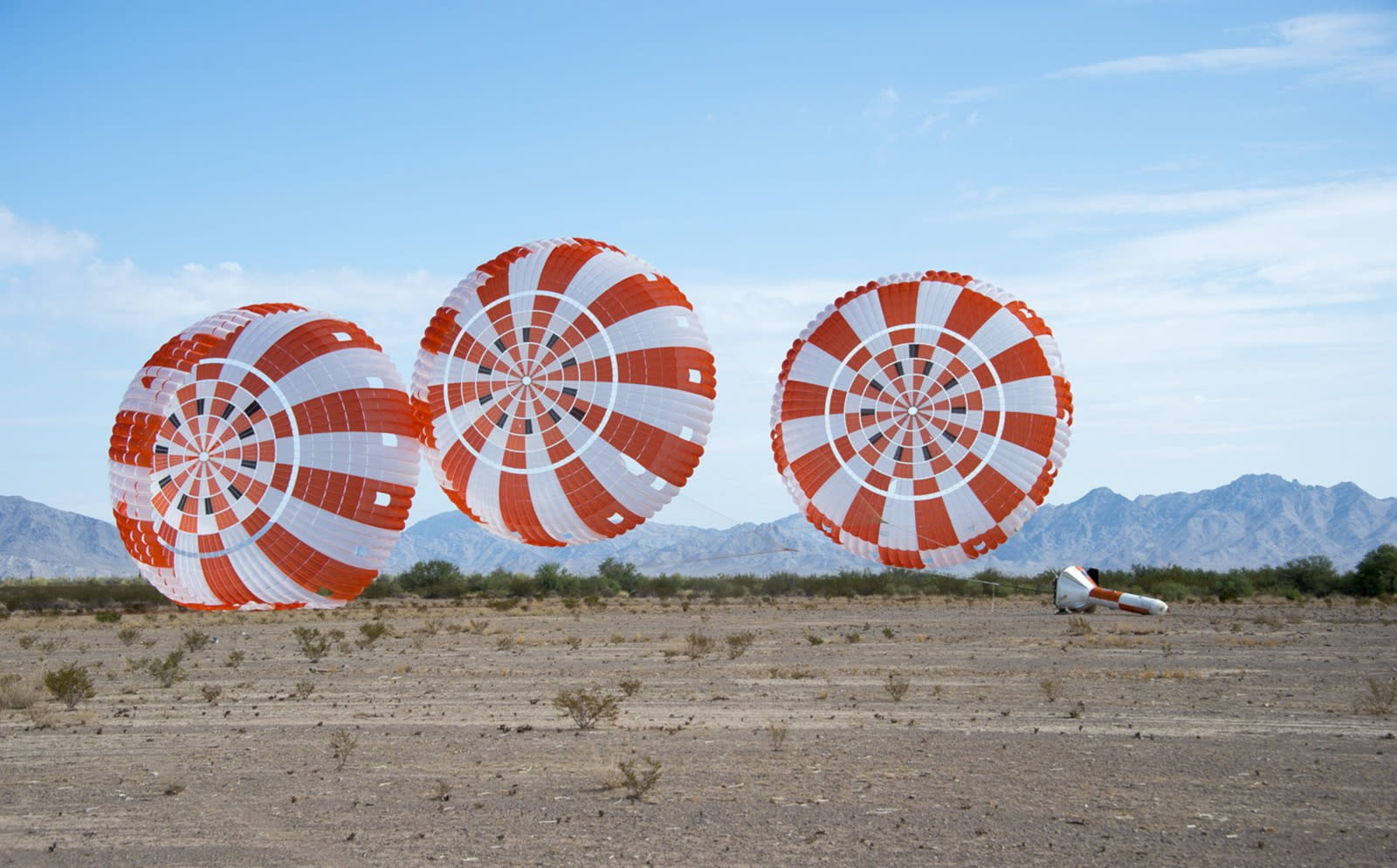 NASA has been putting the Orion capsule's parachute system through rigorous testing for years -- it has to work perfectly if it's meant to ensure a safe landing for the spacefarers onboard, after all. Now, the agency is getting ready for its final test in a series of eight and will broadcast the event live on NASA TV, the agency's website and Orion's Facebook page, starting at 10:15AM Eastern on September 12th.

For Wednesday's event, NASA will drop an Orion test capsule from a C-17 military aircraft at an altitude of over six miles. It will be used to verify that the capsule's 11 parachutes, cannon-like mortars and pyrotechnic devices deploy in sequence during the landing procedure. Each element in the sequence has to work perfectly to be able to slow down the spacecraft for a safe landing.

Back in 2013, Orion engineer Stu Mcclung explained that putting the landing system through various scenarios is necessary, because parachute deployment "is inherently chaotic and not easily predictable." That's why these past years, NASA dropped test versions of Orion into the ocean, tested it in various weather conditions and had it go through several failure scenarios to see if the system works as intended. The Orion capsule was designed to take humanity beyond Low Earth Orbit, into the moon, Mars and farther into outer space. It's scheduled to launch on top of NASA's Space Launch System for the first time next year.

In this article: gear, nasa, orion, parachutetest, space, spacecraft, test
All products recommended by Engadget are selected by our editorial team, independent of our parent company. Some of our stories include affiliate links. If you buy something through one of these links, we may earn an affiliate commission.