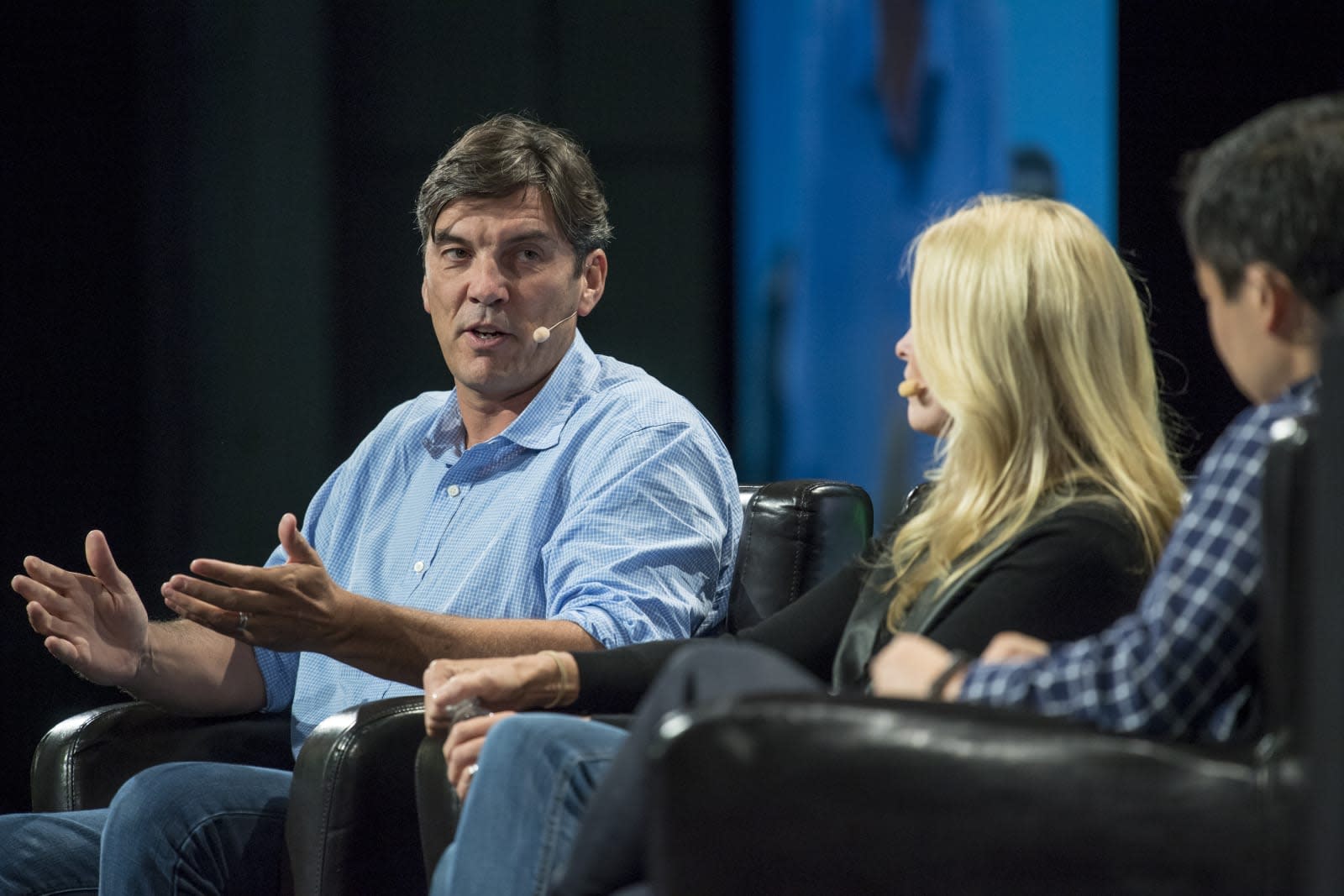 Verizon (Engadget's parent company) folded AOL and Yahoo into the Oath brand as part of its plans to become a media powerhouse, but that's not quite how it panned out -- and it's leading to some changes in leadership. Oath chief Tim Armstrong is leaving the company by the end of 2018, with COO and President K. Guru Gowrappan effectively taking the reins on October 1st.

Armstrong came to Verizon when the carrier bought AOL in 2015, and was tasked with integrating both AOL and Yahoo into a unified digital advertising and media group. As CNBC observed, however, there hasn't been much growth since. Verizon has reportedly decided to integrate Oath more directly into its business, and that apparently doesn't include Armstrong.

Gowrappan won't necessarily represent a sea change. Before he was handling day-to-day business at Oath, he was key to Chinese internet giant Alibaba's international growth. He also had COO roles at the mobile startup Quixey and Zynga, and has had important roles at Yahoo and Overture. In other words, Verizon wants someone with a track record of producing tangible results. It's not certain how this will affect the practical reality of Oath's brands (including sites like Engadget), and it could take a while before you start to see an impact.

In this article: business, gear, internet, kgurugowrappan, mobile, oath, timarmstrong, verizon
All products recommended by Engadget are selected by our editorial team, independent of our parent company. Some of our stories include affiliate links. If you buy something through one of these links, we may earn an affiliate commission.