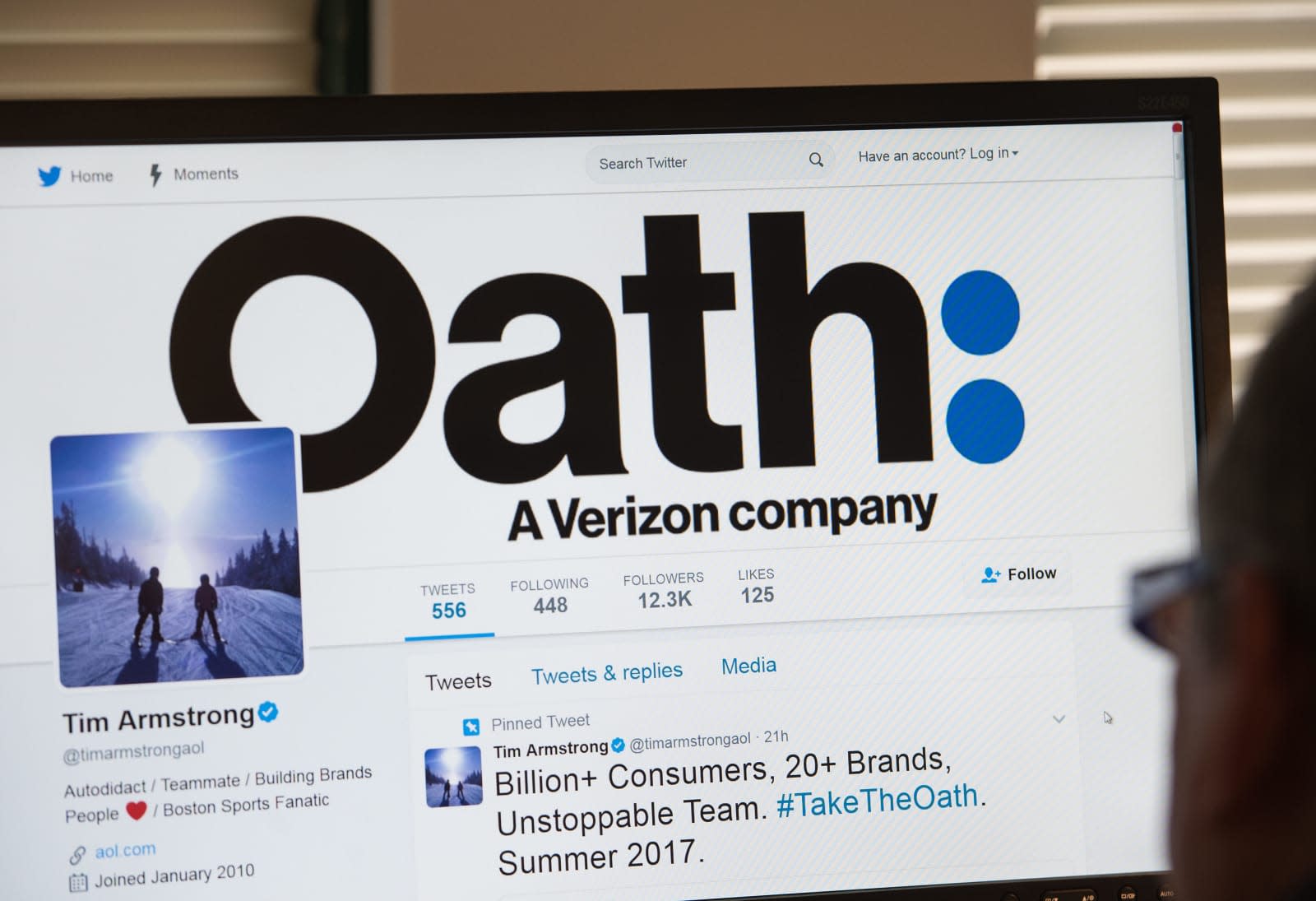 The new company, which combines AOL and Yahoo brands such as HuffPost and Yahoo Finance, is called Oath. It will have former AOL CEO Tim Armstrong at its head. (It's also the parent company of Engadget). Layoffs haven't yet been announced, though it's safe to assume cuts will happen. Last week CNBC reported that over 2,000 jobs were at risk of being eliminated as a result of the acquisition.

The question that we all have on our minds, though, is what will happen to popular Yahoo services such as Tumblr and Flickr? The press release mentions that Oath will house over 50 technology and media brands. However, it's not clear which services will actually make the cut. While Yahoo may have lost its luster over the years, millions of people still use their products daily, so any changes could have a huge impact on consumers.

In this article: aol, applenews, internet, oath, verizon, yahoo
All products recommended by Engadget are selected by our editorial team, independent of our parent company. Some of our stories include affiliate links. If you buy something through one of these links, we may earn an affiliate commission.