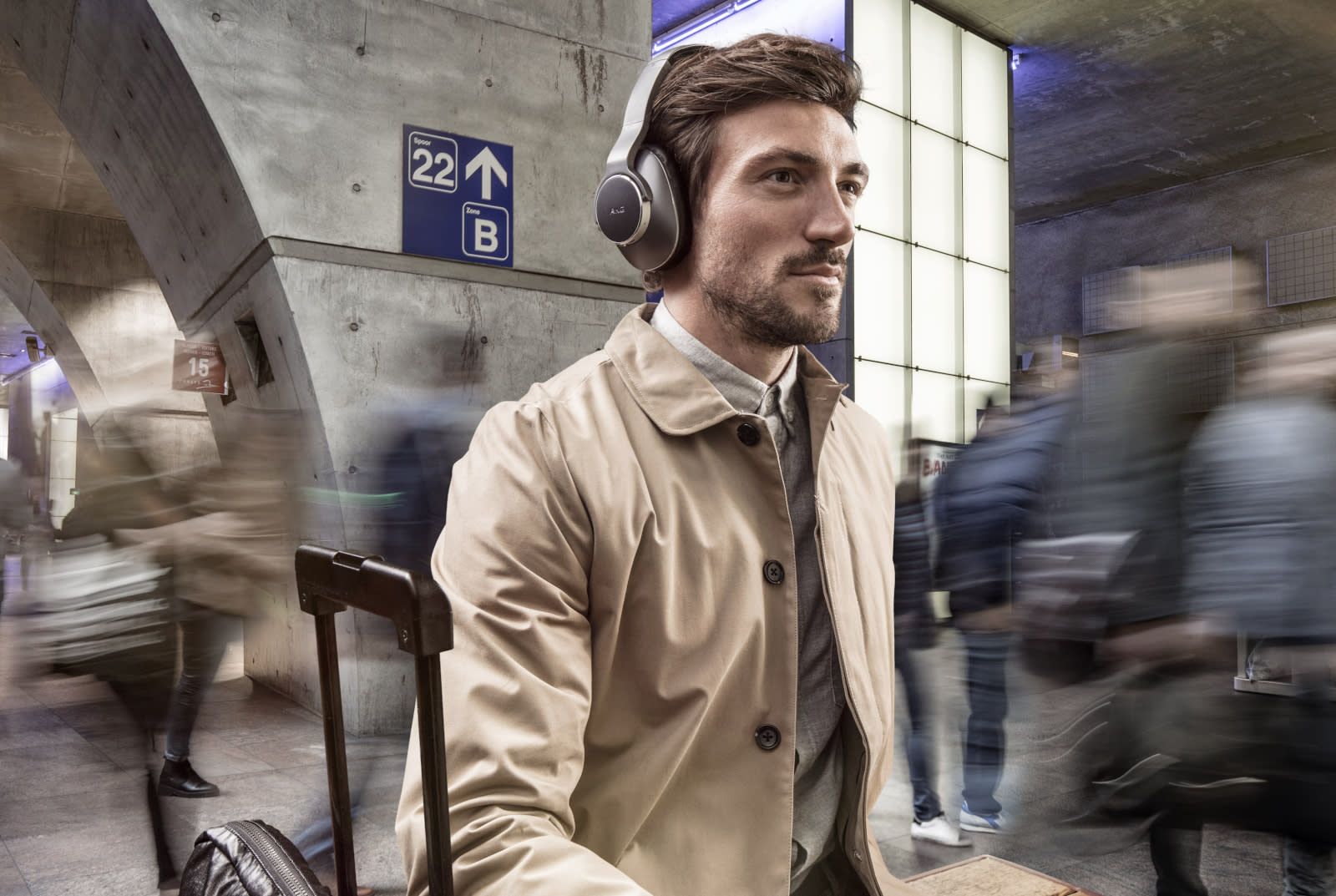 Samsung-owned Harman has released two new wireless headphones under its AKG brand in the the US, with one more model -- a premium one with more advanced features -- arriving later this year. Starting today, you can buy the AKG Y100 earbuds and the Y500 on-ear headphones from AKG.com, Amazon, Samsung.com, Sprint and US Cellular. The Y100 has magnetic earbuds and fabric cables similar to ones used for the AKG-tuned in-ear headphones that come with the Samsung Galaxy S8 and S9. On the other hand, the Y500 is a pair of on-ear headphones that can connect to two Bluetooth devices at the same time. It can also automatically pause and start what's playing when you take it off and put it back on.

If you're willing to shell out a few Benjamins for an immersive listening experience, though, you'll probably prefer the premium over-ear model making its way to retail stores later this year. The N700NC has adaptive noise canceling you can activate with the push of a button. In case you don't want to block the world around you and want to remain aware of your environment, especially if you're in public, you can simply leave it off.

According to Samsung and Harman, the N700NC has a 20-hour battery life, though it's unclear if that's with adaptive noise cancelling switched on. The Y500 can potentially last longer (up to 33 hours), though, while the Y100 earbuds can last up to eight. You can buy the Y500 on-ear and the Y100 in-ear models for $150 and $100, respectively. The N700NC will set you back $350 when it arrives in the coming months.

In this article: AKG, earphones, gear, headphones, mobile, samsung
All products recommended by Engadget are selected by our editorial team, independent of our parent company. Some of our stories include affiliate links. If you buy something through one of these links, we may earn an affiliate commission.