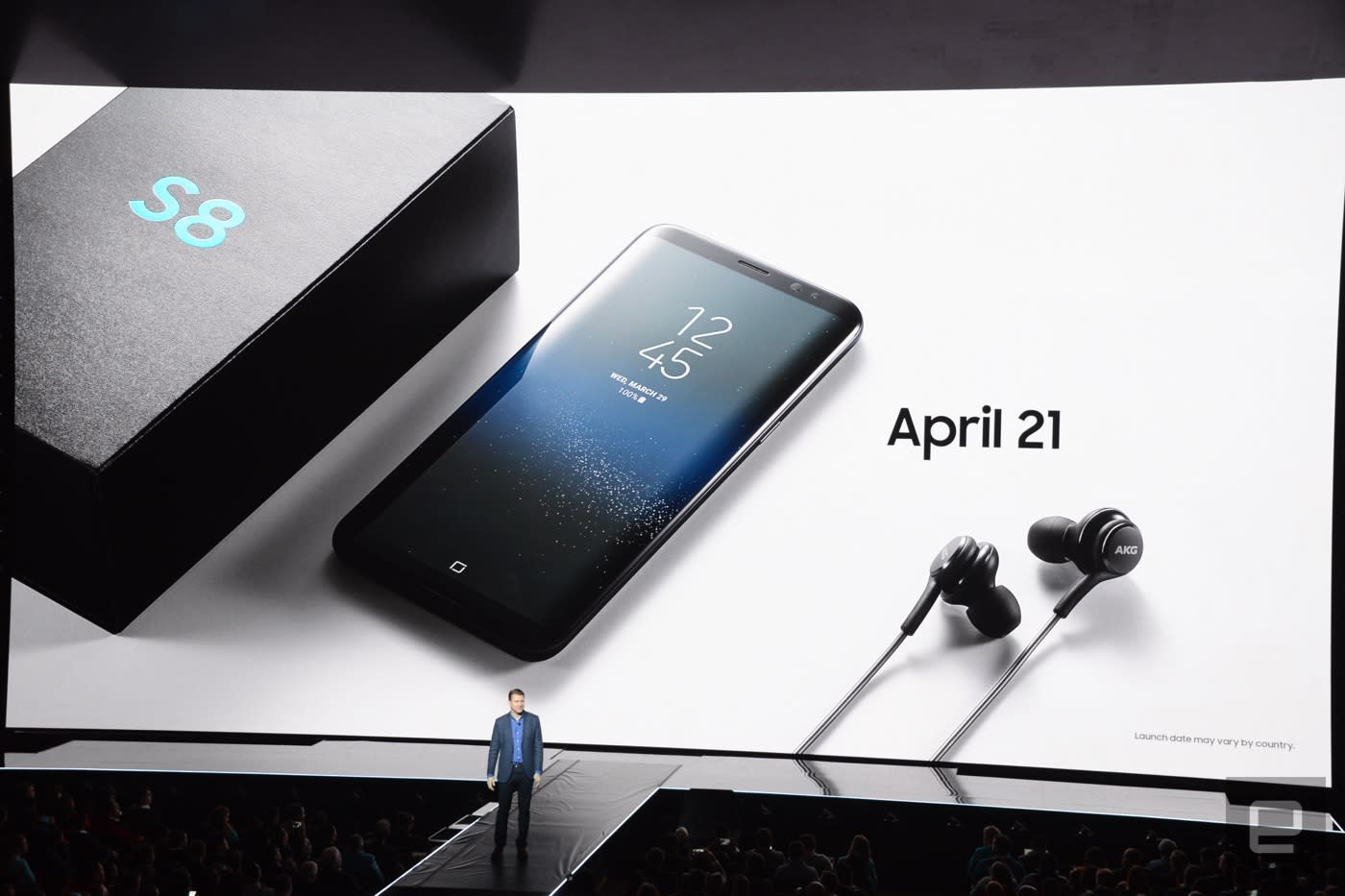 Samsung's newly announced Galaxy S8 and S8+ will come with a pair of $99 AKG earbuds, the company revealed at its Unpacked event in New York City today. Although Samsung didn't say much beyond that, AKG is known for making products with great audio quality, so this should be an improvement over the earphones that have traditionally been included in the box with Galaxy phones.

Indeed, audio was clearly a big focus for Samsung with its new flagship device: One of the best features of the S8 is that it can stream music to two headphones at a time, as long as you're using Bluetooth as the pairing method. It may not be something you use regularly, but at least you have the option to do so if you ever need to.

In this article: akg, audio, av, earbuds, earphones, galaxys8, galaxys8event, galaxys8plus, gear, headphones, mobile, s8, s8plus, samsung
All products recommended by Engadget are selected by our editorial team, independent of our parent company. Some of our stories include affiliate links. If you buy something through one of these links, we may earn an affiliate commission.