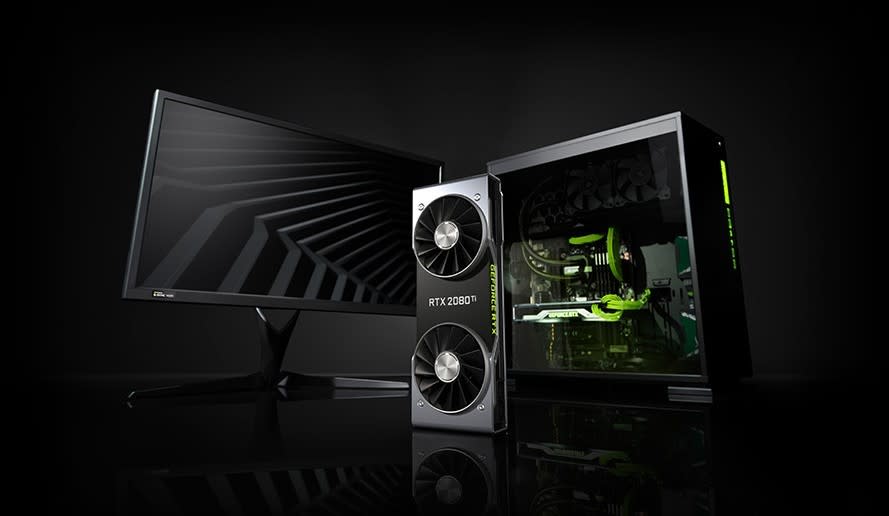 Many people have been waiting in eager anticipation for NVIDIA's GeForce RTX 2080 Ti, the video card that promises to be the fastest GeForce card ever. Now, it appears that those clamoring to buy it will have to wait a little longer.

NVIDIA announced on its forums that the general availability date of the video card will be delayed by one week, to September 27th. Pre-orders are expected to arrive between September 20th and 27th. There is no change to availability for the GeForce RTX 2080. The change in dates was first spotted by Tech Report.

These new video cards are part of NVIDIA's Turing hardware line, which support advanced ray tracing features that simulate how light appears in the real world around us. This makes for incredibly realistic graphics. The 2080 Ti features 11GB of memory, with 14Gbps speeds, a 352-bit memory interface and 4352 CUDA cores. It's never fun when hardware is delayed, but those kinds of specs are worth waiting an extra week for.

In this article: gear, nvidia, personal computing, personalcomputing, rtx2080ti, videocard
All products recommended by Engadget are selected by our editorial team, independent of our parent company. Some of our stories include affiliate links. If you buy something through one of these links, we may earn an affiliate commission.