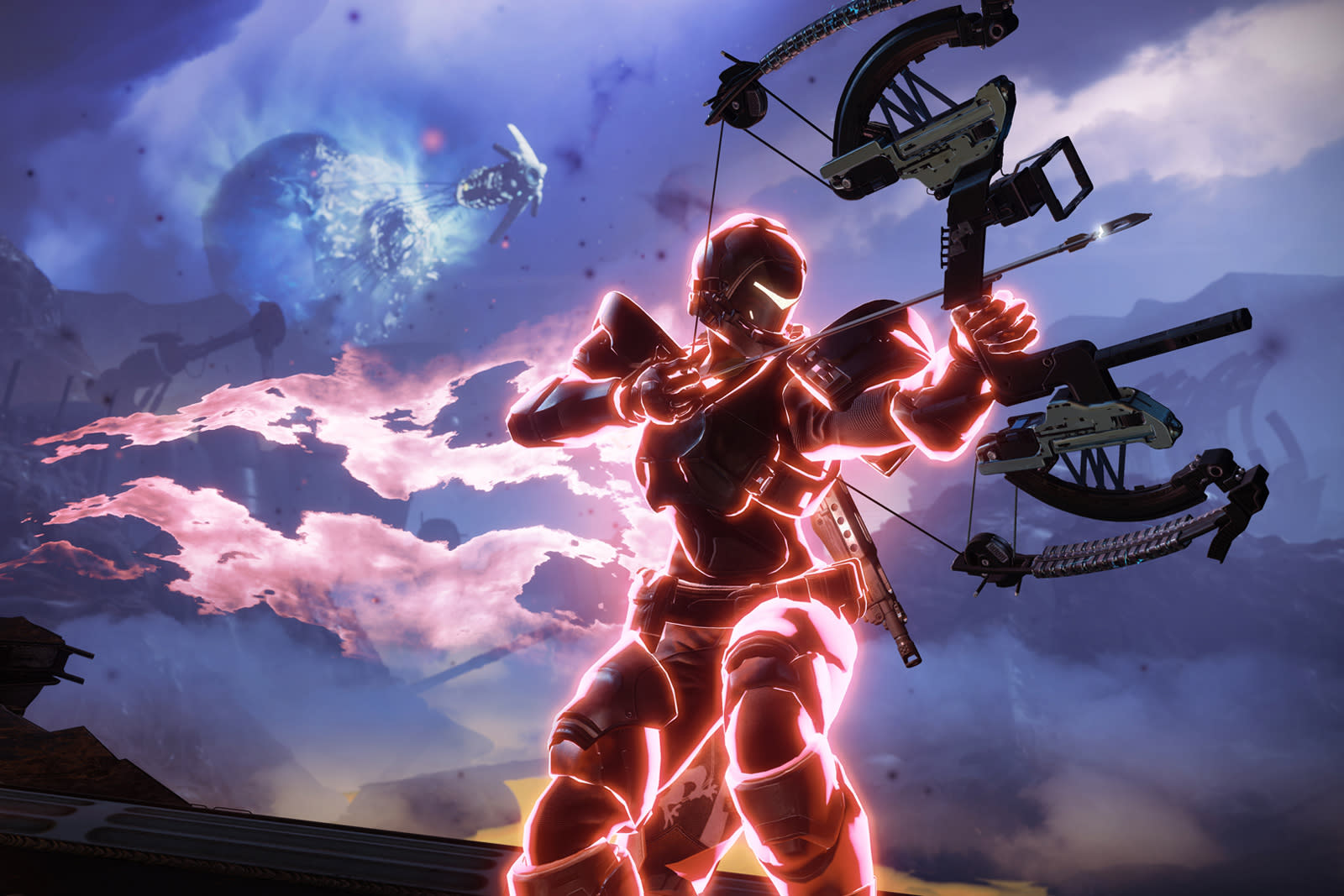 With the base Destiny 2 free for PS Plus members through the month of September, Bungie is determined to sell newcomers on Forsaken -- and that means giving players a taste of what they're missing. The developer is making Forsaken's Gambit multiplayer mode available to everyone between September 21st and September 23rd. It might be worth a look, especially if you're not usually fond of human-versus-human combat.

Gambit is a hybrid mode that has two four-player teams racing to kill AI enemies as quickly as possible to fill an energy bank. When that bank tops up, you can summon a powerful Taken creature and assault the enemy team with a major advantage on your side. Moreover, you can throw a monkey wrench into your opponents' plans by sending one player to attack rivals once you've reached certain in-between milestones. You can have the thrill of competition without having to master the human-on-human combat skills that dictate the Crucible.

Now get out there and make The Drifter proud.#Destiny2 pic.twitter.com/JkJTeaiZBF

In this article: av, bungie, destiny2, destiny2forsaken, forsaken, gambit, games, gaming, personal computing, personalcomputing, video, videogames
All products recommended by Engadget are selected by our editorial team, independent of our parent company. Some of our stories include affiliate links. If you buy something through one of these links, we may earn an affiliate commission.