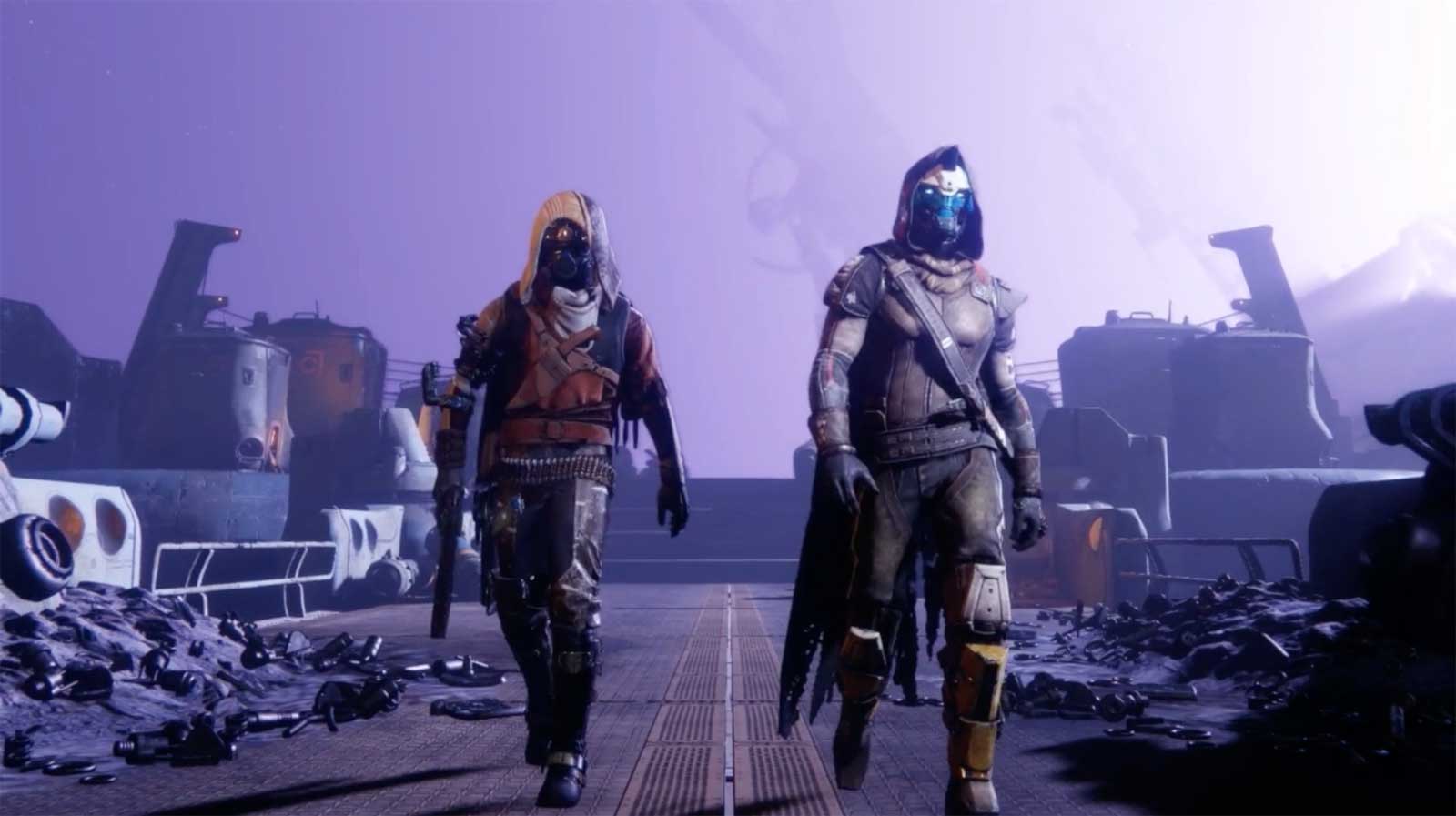 Destiny 2 is facing its Taken King moment: it's starting its second year with doubts about its future and players looking for a major rethink of the game mechanics. Thankfully, that appears to be on the way. Bungie has revealed Forsaken, a year two expansion for D2 that promises both a lot more content and significant changes to how the game works. It returns to the Reef (last seen in the original game), where the barons trapped in the Prison of Elders have managed to escape. It promises to be an engaging, lawless frontier with unique challenges , but it's arguably just the start of the Forsaken changes.

To start, there's a new multiplayer mode called Gambit. And no, it's not just another Crucible option -- it's a blend of player-versus-player and player-versus-environment gameplay that has teams racing to defeat enemies before the opposing side does. Naturally, you can hinder the enemy team and even send someone to their side to cause chaos. Raids are improving, too. There's a new raid set in The Dreaming City, which serves as a location for the entire endgame.

For some, though, it's the subtler additions that will matter the most. Bungie is not only changing weapon slots, but reviving the concept of randomized weapons . The assault rifle you pick up won't be quite the same as someone else's. There are now legendary bow weapons. You'll also have incentives to amass themed gear collections and score in-game Triumphs. Power will once again matter in Iron Banner and Trials competitions. And at long last, you'll get both 200 more vault slots and the option of mass-deleting shaders -- you don't have to spend minutes erasing the 59 pieces of chrome you're never going to use.

Forsaken arrives on September 4th. Unlike Taken King, though, you won't be left wondering what's coming next. Bungie is introducing an optional Annual Pass that will include three "premium content releases" (Black Armory, Joker's Wild and Penumbra) strewn across 2018 and 2019 to keep things fresh. Pre-orders should be available today in at least the US, although pricing wasn't available as of this writing. It's not clear if these are full-fledged expansions, but you'll get new activities, endgame material and gear. The one certainty is that Bungie appears to have learned from mistakes with the first game. It's not going to make you wait a full year to get a significant update like it did between the Taken King and Rise of Iron packs.

You won't have to wait until September to see some benefits, either. A July 17th "Solstice of Heroes" seasonal event update will bring 6v6 Quickplay Crucible matches, a permanent Rumble playlist, bounties, prestige for raid lair events, year one Triumphs and text chat for PC-based clans. Bungie is continuing its recent strategy of constant tweaks -- it's just that there's much more waiting in the wings.

In this article: av, destiny, destiny2, e32018, games, gaming, personal computing, personalcomputing, ps4, video, videogames, windows, xboxone
All products recommended by Engadget are selected by our editorial team, independent of our parent company. Some of our stories include affiliate links. If you buy something through one of these links, we may earn an affiliate commission.