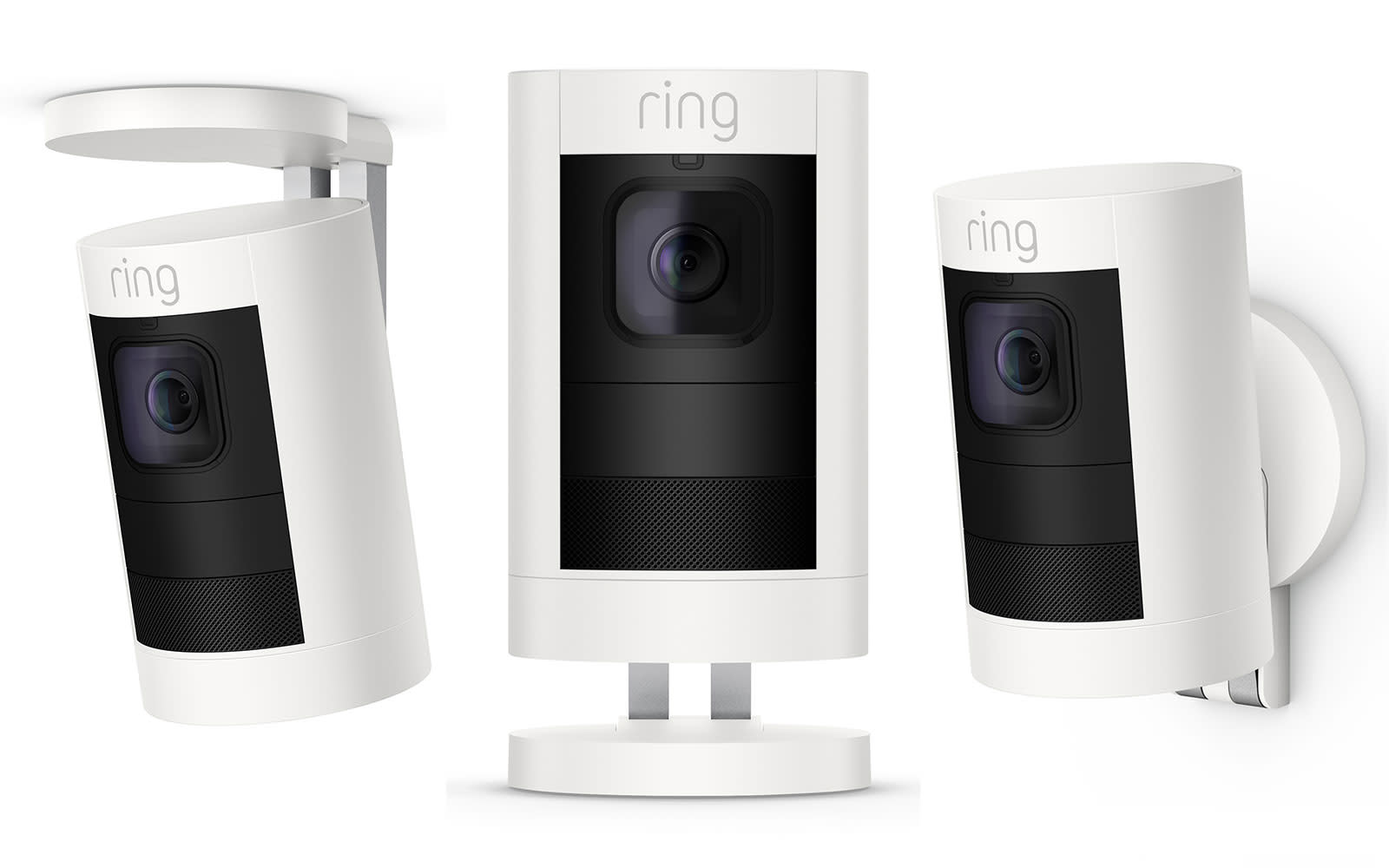 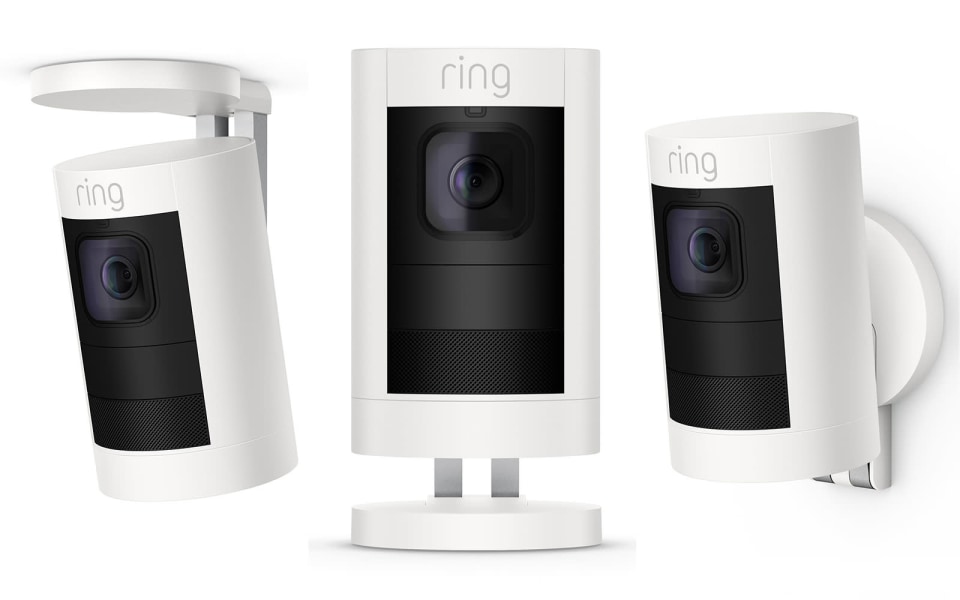 Amazon is rolling out a bunch of new gadgets today, a few of which are focused on home security. Among those is a new Ring Stick Up Cam, which will come in both wired and battery-powered versions. It can be used indoors or outside, comes in black and white and will be able to work alongside the Ring Alarm security system when used indoors.

These are the first cameras from Ring that are meant for indoor and outdoor use and they'll feature motion detection, 1080p HD resolution, night vision, two-way talk, a siren and a wide viewing angle. Users will be able to program them to start recording once Ring Alarm is triggered.

Additionally, Amazon announced that it's adding access control for Ring Alarm. Those with a Z-Wave lock from Schlage, Yale, Kwikset or Danalock will be able to lock and unlock their doors through the Ring app. Those with Schlage Connect or Danalock locks will also be able to disarm their Ring Alarm systems by entering their code directly into their smart lock.

The Ring Alarm integration adds to the relationship Amazon has been building with smart lock companies. Some smart locks from firms like Schlage and Yale can already be locked and unlocked with Alexa, capabilities that have been introduced over the last year.

The Ring Stick Up Cam Wired is available for preorder now and will ship October 18th. The battery-powered version will be available in December. Both are priced at $180. Update 9/20/18 3:45PM ET: The is post was updated with additional information provided by Ring.

In this article: alexa, alexa2018, amazon, danalock, gadgetry, gadgets, gear, homesecurity, kwikset, ring, ringalarm, RingStickUpCam, schlage, SmartLock, yale
All products recommended by Engadget are selected by our editorial team, independent of our parent company. Some of our stories include affiliate links. If you buy something through one of these links, we may earn an affiliate commission.