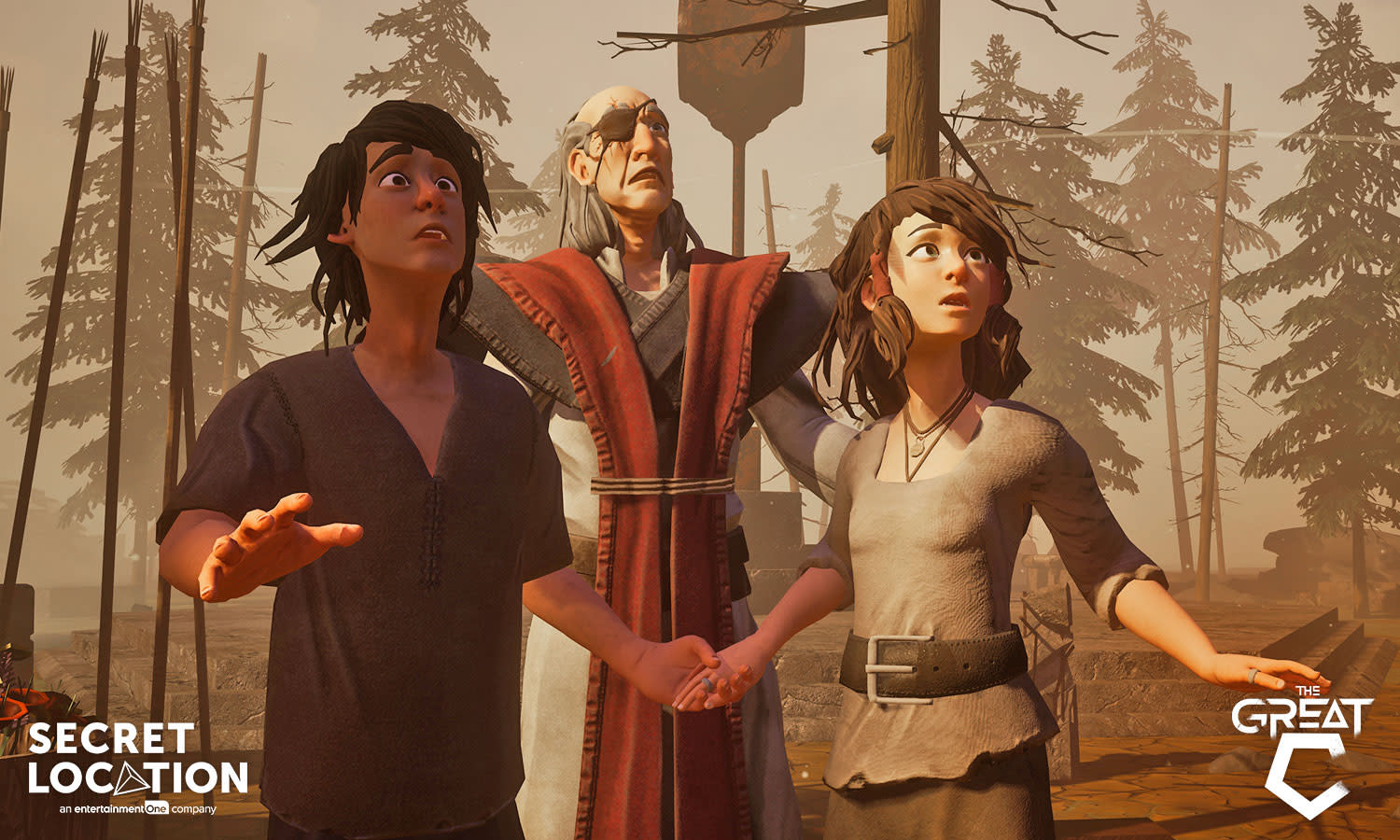 The virtual reality adaptation of Philip K. Dick's The Great C is now making its way to VR headsets after debuting at the Venice Film Festival. It will be available for the Oculus Rift and HTC Vive as soon as October 9th, but PlayStation VR owners will unfortunately have to wait until 2019. Fans can expect to be thrust into a 37-minute immersive sci-fi adventure when they put on their headsets and fire up the experience.

The Great C is a post-apocalyptic story that revolves around the remnants of humanity under the rule of an all-powerful supercomputer called "The Great C." Every year, a human tribe living nearby has to sacrifice a young person to the machine in order to appease it. The VR adventure by Secret Location focuses on a woman named Clare whose fiancé was chosen for that particular year's pilgrimage from which nobody ever returns.

Secret Location used cinematic techniques in areas such as editing, composition and story structure to create the room-scale VR experience. While Philip K. Dick is a renowned sci-fi author for works such as The Man in the High Castle, The Minority Report and Do Androids Dream of Electric Sheep? (the basis for Blade Runner), this is the first time his work has been adapted into a VR experience.

In this article: art, entertainment, htcvive, oculusrift, PhilipKDick, thegreatc, virtualreality
All products recommended by Engadget are selected by our editorial team, independent of our parent company. Some of our stories include affiliate links. If you buy something through one of these links, we may earn an affiliate commission.