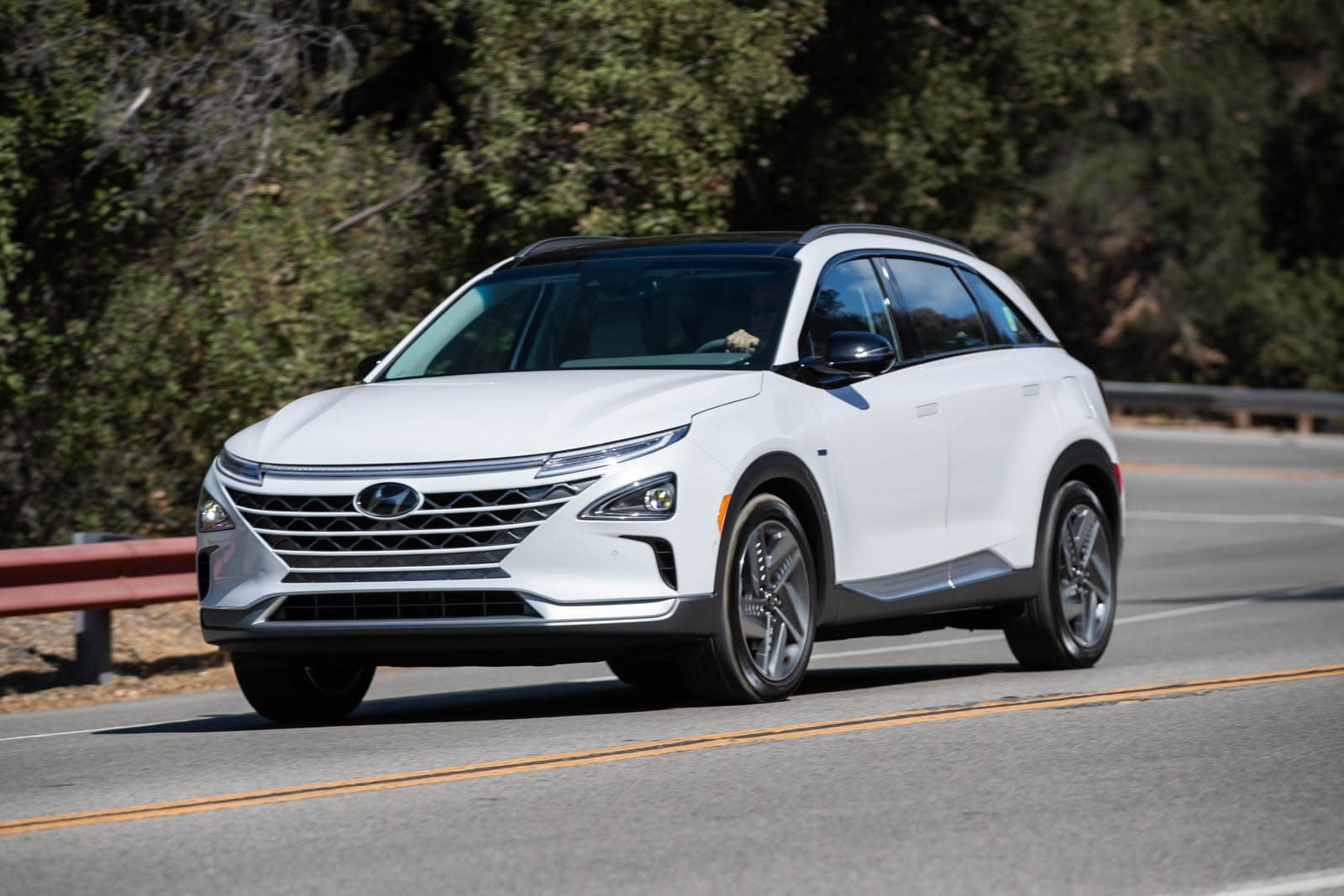 Hyundai's second-generation hydrogen fuel cell car will soon be more than just a trade show darling. The automaker has formally introduced the 2019 Nexo SUV ahead of its late 2018 launch in the US, complete with details on its trim levels and availability at dealerships. The vehicle is only confirmed to be coming to two southern California dealerships by the end of 2018 (Van Nuys' Keyes Hyundai as well as Tustin Hyundai), with San Jose's Capitol Hyundai due in early 2019. The upshot? You might get more car than you were expecting.

The base figures are slightly better than what Hyundai touted at the start of the year. The higher-end Nexo Limited trim level promises a slightly longer range of 354 miles with a 57MPGe combined fuel economy. If you want the Nexo Blue, you're looking at 380 miles and 61MPGe. That's up to 115 more miles of driving than the old Tucson fuel-cell model, and it comes despite a more powerful motor that puts out the equivalent of 161HP with 291lb/ft of torque. Not that the Nexo is brimming with raw performance, as it'll take a modest 9.5 seconds to reach 60MPH.

This being Hyundai, you can expect a lot of technology, including parking assistance, lane following, and blind spot monitoring. It will offer both Android Auto and Apple CarPlay on its 12.3-inch touchscreen as well as a wireless charging pad to top up your phone.

There's still no mention of pricing. The real challenge may be fostering adoption. While hydrogen holds promise, there still isn't much of an infrastructure to support it. And with Hyundai shifting its focus to EVs, machines like the Nexo might not be the company's highest priority. Still, this shows how quickly fuel cell vehicles are evolving -- they're much more capable than they were a few years ago.

In this article: car, fuelcell, gear, green, hydrogen, hydrogenfuelcell, nexo, suv, transportation, vehicle
All products recommended by Engadget are selected by our editorial team, independent of our parent company. Some of our stories include affiliate links. If you buy something through one of these links, we may earn an affiliate commission.