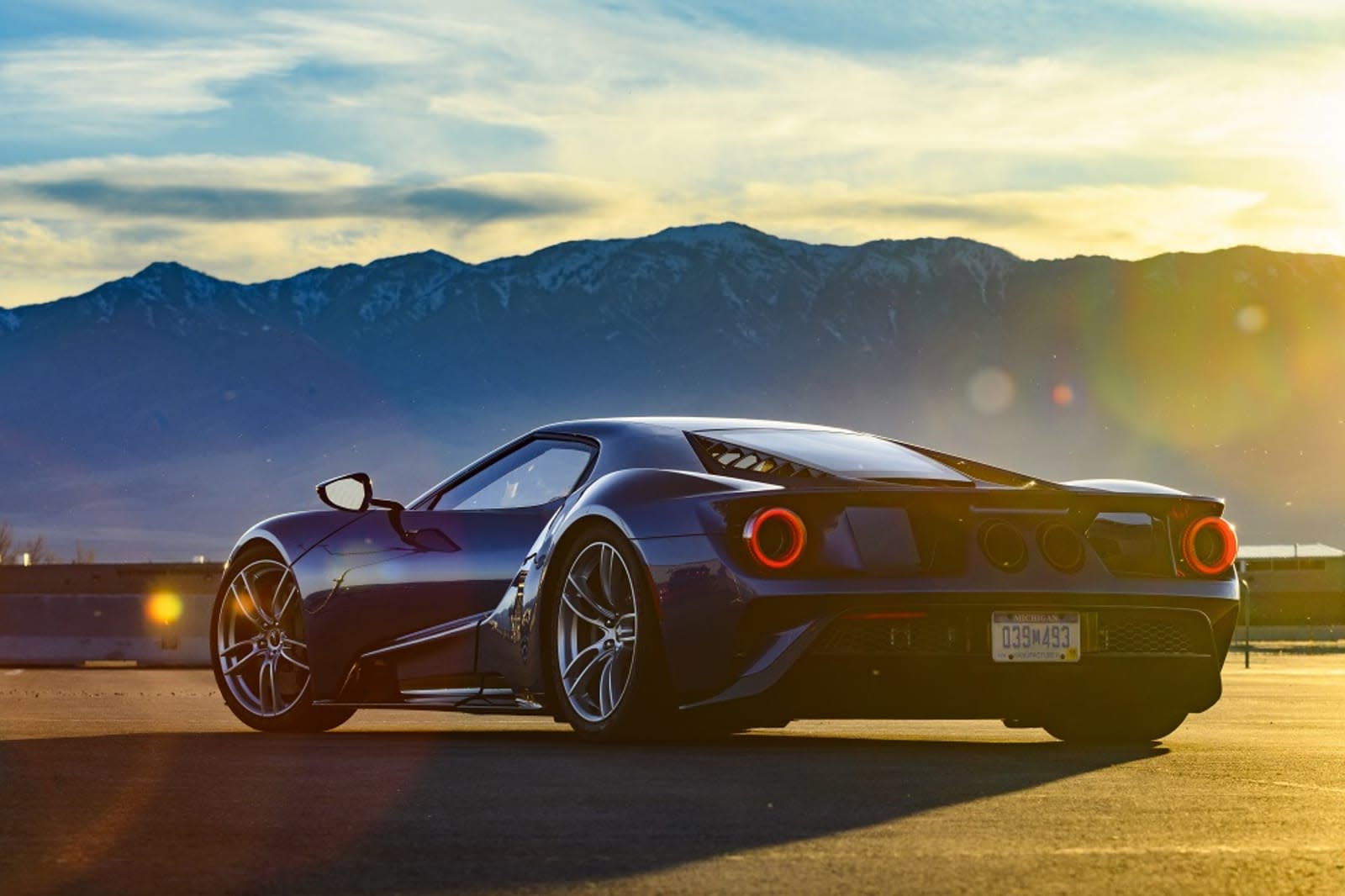 If you're driving in your fancy Ford GT supercar on Mazda Raceway Laguna Seca you definitely don't want to see is fire erupting from the engine behind you. Turns out, neither does Ford, especially after one burst into flames earlier this year in Germany. The American car manufacturer has issued a recall for its beautiful flying-buttressed supercar. and will fix the erupting-into-flames issue via a software update.

Approximately 200 of the 2017-18 Ford GTs are affected in this recall. The issue arises from hydraulic fluid which may leak from the valve block assembly due to high pressure onto the exhaust.

So far, only one owner has been affected by the issue. The driver, who goes by muc.collector on Instagram, was driving casually through Munich, Germany when his car caught on fire. Luckily neither the 52-year-old driver, nor his son, were injured. The car itself only had 43 miles on the odometer, meaning it was likely mechanical issue, and wasn't caused by a crash or reckless driving. Ford was kind enough to replace the driver's GT free of charge, though.

But considering that each Gorilla-Glass-windshielded GT retails for $450,000, it's probably best that Ford deals with the problem sooner rather than later.

In this article: bugfix, fire, flames, ford, fordgt, gadgetry, gadgets, gear, gt, patch, recall, supercar, transportation
All products recommended by Engadget are selected by our editorial team, independent of our parent company. Some of our stories include affiliate links. If you buy something through one of these links, we may earn an affiliate commission.