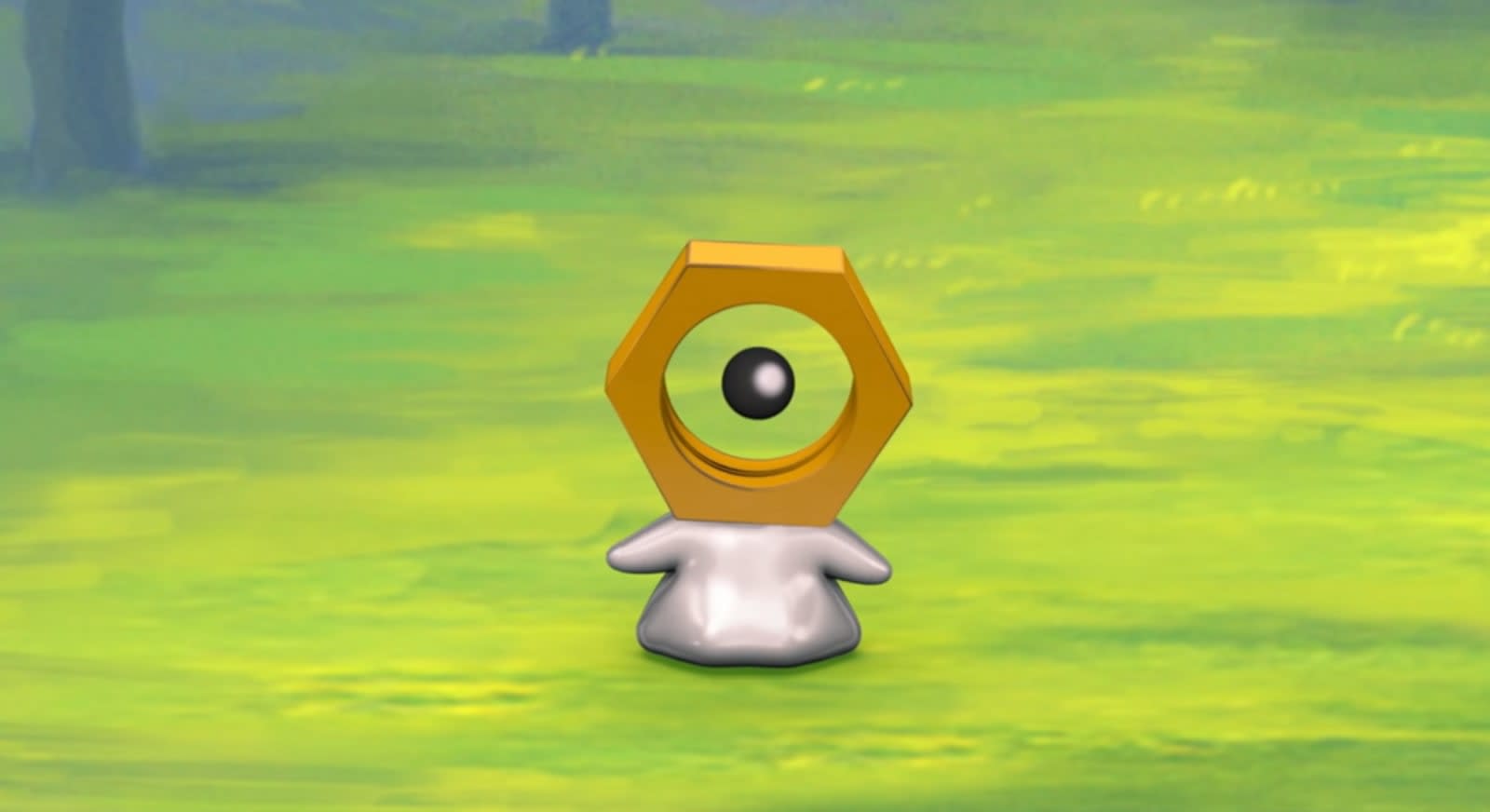 If you gotta catch 'em all, you're going to have to get off your couch. In a new video released on the official Pokémon YouTube channel, it revealed that the popular mobile game Pokémon Go will get its first exclusive monster with Meltan. And for those wanting to fill their Pokémon Bank with every single critter, there will be a timed period where Meltan can be transferred from the mobile game to the upcoming Pokémon: Let's Go Pikachu! and Pokémon: Let's Go Eevee! on Nintendo Switch via a special item. Once it's in the game, it can likely be transferred to your Pokémon Bank, which can then be transferred to the next mainline series Pokémon game that's set to release in late 2019.

The Pokémon Company has done limited releases of Pokémon in the past, usually through events at GameStop. But this is the first time a new creature will be introduced to players through Pokémon Go. Players noticed last month that caught Ditto were transforming into Meltan.

It's unclear how viable Meltan will be for competitive play. But considering Meltan is a mythical Pokémon, it's likely that its base stat total will be 600, which is above average. It's also possible that players will need to catch multiple Meltan to find the right one. And, if finding a Meltan in Pokémon Go proves to be a challenge, it's going to drive competitive players wild.

Meltan itself is a steel-type Pokémon and is classified as hex nut, a new species. Its body is made of liquid metal and its shape is fluid. Meltan generates electricity using the metal it absorbs from outside sources.

In this article: gadgetry, gadgets, gaming, legendary, letsgoeevee, letsgopikachu, limitedtime, meltan, mythical, nintendo, pokemon, pokemongo
All products recommended by Engadget are selected by our editorial team, independent of our parent company. Some of our stories include affiliate links. If you buy something through one of these links, we may earn an affiliate commission.