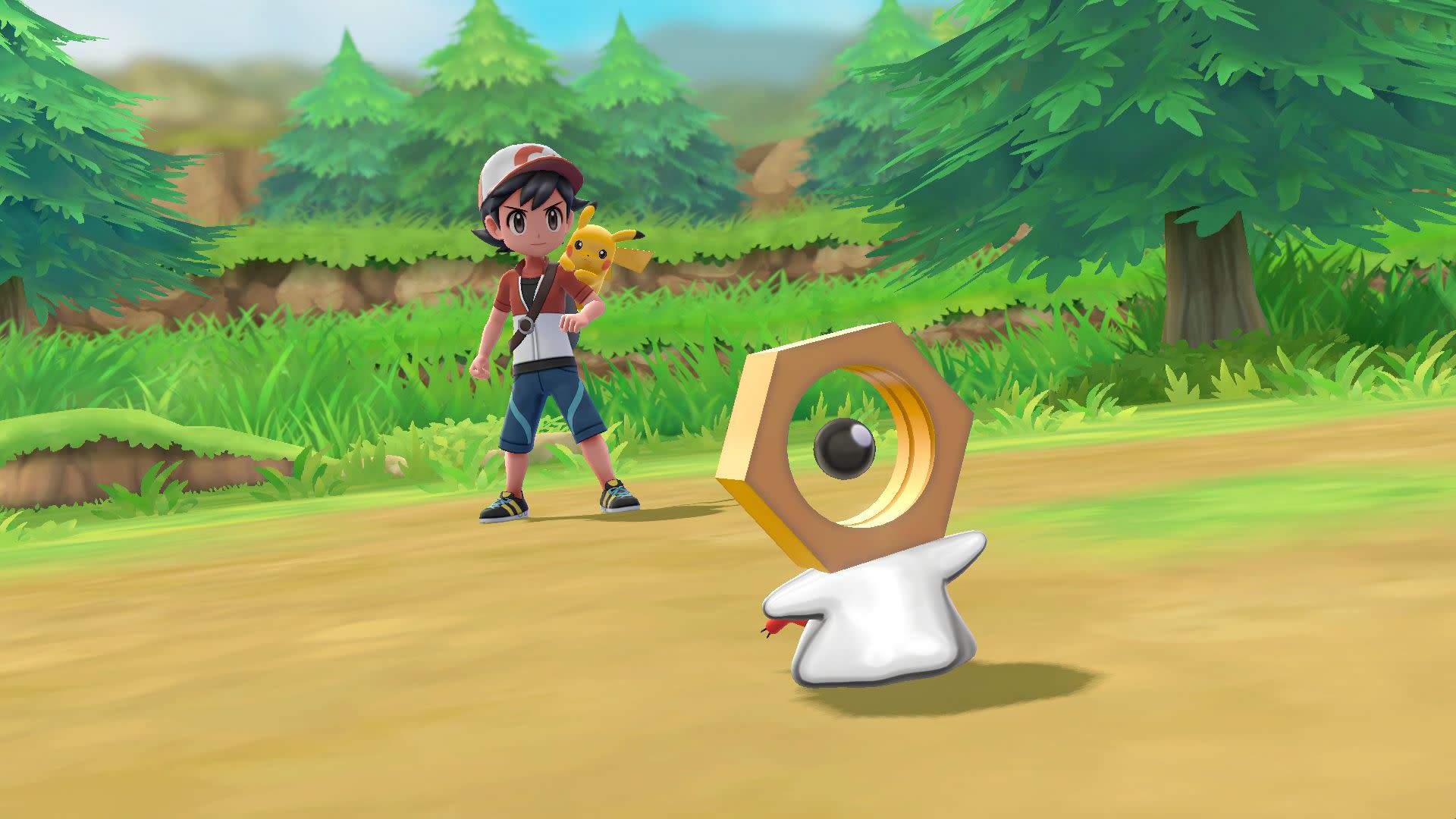 Recently, there have been sightings of a new mythical Pokémon in the popular mobile game Pokémon Go. The rare creature is apparently called Meltan, and it's a Hex Nut Pokémon. But there's more going on here than just the addition of a Pokémon: According to the release, Pokémon Go is somehow the key to encountering Meltan in the upcoming Nintendo Switch games Pokémon: Let's Go, Pikachu! and Pokémon: Let's Go, Eevee!, which are available on November 16th. The video below teases more, but it doesn't tell us much because this is apparently just the first of many updates.

Meltan's body is made of mostly liquid steel, so it can transform its shape. It can corrode and absorb metal and generate electricity. Its attacks come from its eye using this electricity as a weapon. Previously, Pokémon Go only had Pokémon from earlier generations, so the introduction of a new creature is welcome.

The news that there's going to be crossover between Pokémon Go and the new Nintendo Switch games isn't anything new. The connection between the games was made clear from the beginning, when Pokémon: Let's Go, Pikachu! and Pokémon: Let's Go, Eevee! were announced back in May. But this is one of the first tangible glimpses at how the games will interact and connect. It will be interesting to see what's revealed over the next two months, leading up to the games' release date.

In this article: av, gaming, mobile, nintendo, nintendoswitch, pokemon, pokemongo, pokemonletsgo
All products recommended by Engadget are selected by our editorial team, independent of our parent company. Some of our stories include affiliate links. If you buy something through one of these links, we may earn an affiliate commission.