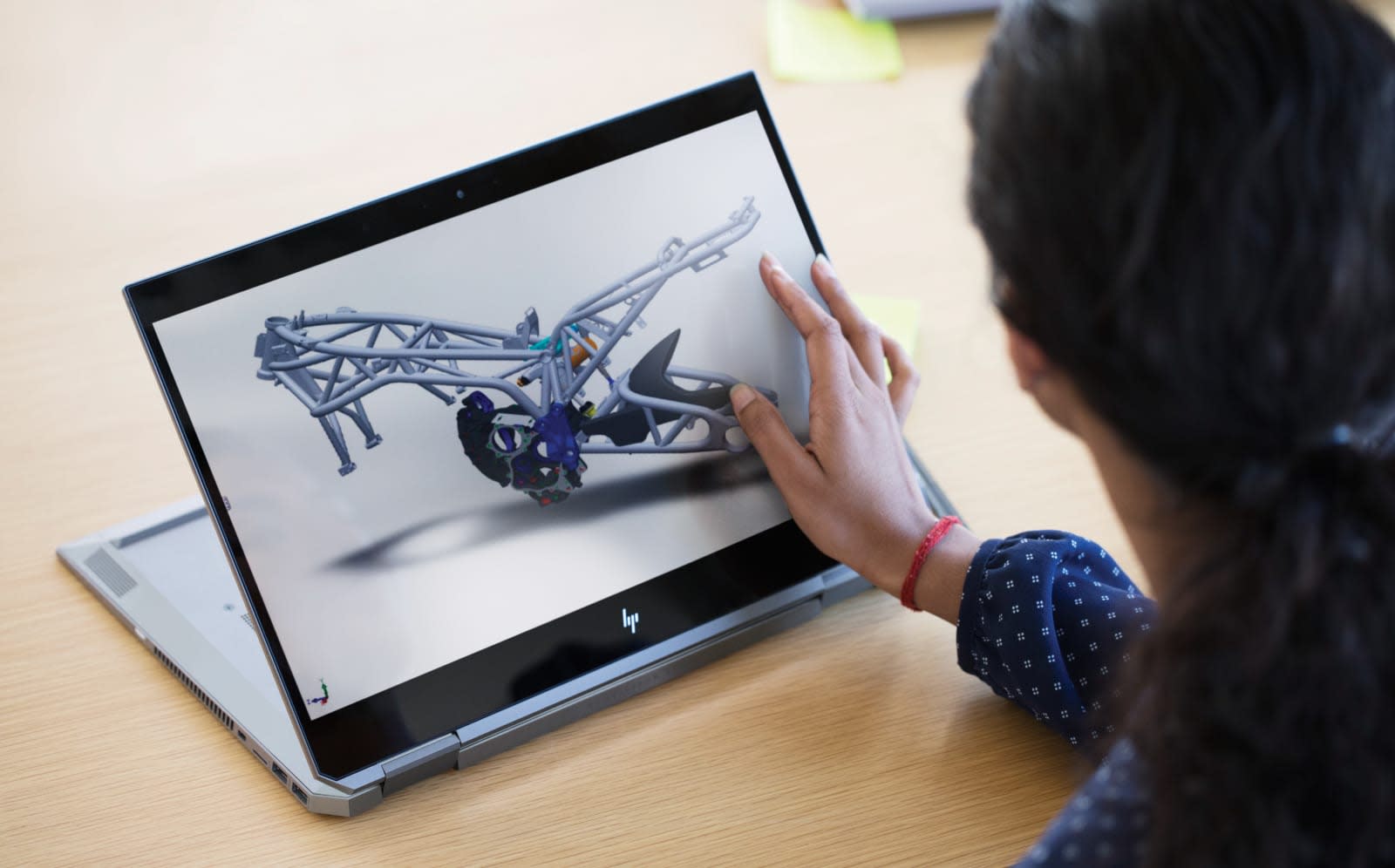 It wasn't that long ago when HP launched the ZBook x360, but it's already giving the convertible and the other devices in the lineup a hardware refresh. The Studio x360, along with its non-bendy siblings, the ZBook Studio, ZBook 15 and ZBook 17, will now come with eight-gen six-core Intel i9 processors and mirrored SSD storage. HP says the new chip will make the laptops more suited for heavy workloads, such as video editing and 3D rendering.

HP has also given the Studio's and the Studio x360's graphics performance a boost by replacing their old graphics cards with the NVIDIA Quadro P2000. The bendable x360 will have an optional anti-glare touchscreen, as well, which HP says is "20 percent brighter than the Apple MacBook Pro 15-inch Retina display and 50 percent brighter than the Dell XPS UltraSharp 4K display." Meanwhile, the ZBook 15 and 17 will be available in configurations with up to 128GB of RAM starting in December. Xavier Garcia, VP and general manager of Z by HP, said they listened to the needs of creative pros who need to "increase their productivity and create whenever and wherever inspiration strikes."

HP has also announced Z Club, a subscription-based hardware and services bundle aimed at creatives looking to upgrade their setup. The tech giant will choose 100 creative professionals to receive custom-made bundles, including not just PCs, but also displays, printers, accessories and applications, for its pilot. Z Club subscribers can enjoy their bundles for three months free of charge, after which they can choose to send it back or pay a monthly subscription fee.

Those who'd like to try the Z Club subscription service can apply to become one of the 100 through HP's website. But those who'd rather buy the individual ZBooks can check HP's website and retailers: all four variants are now available. The Studio x360 has a starting price of $1,499, while prices for the ZBook Studio, ZBook 15 and ZBook 17 start at $1,349.

In this article: gear, hp, personal computing, personalcomputing
All products recommended by Engadget are selected by our editorial team, independent of our parent company. Some of our stories include affiliate links. If you buy something through one of these links, we may earn an affiliate commission.