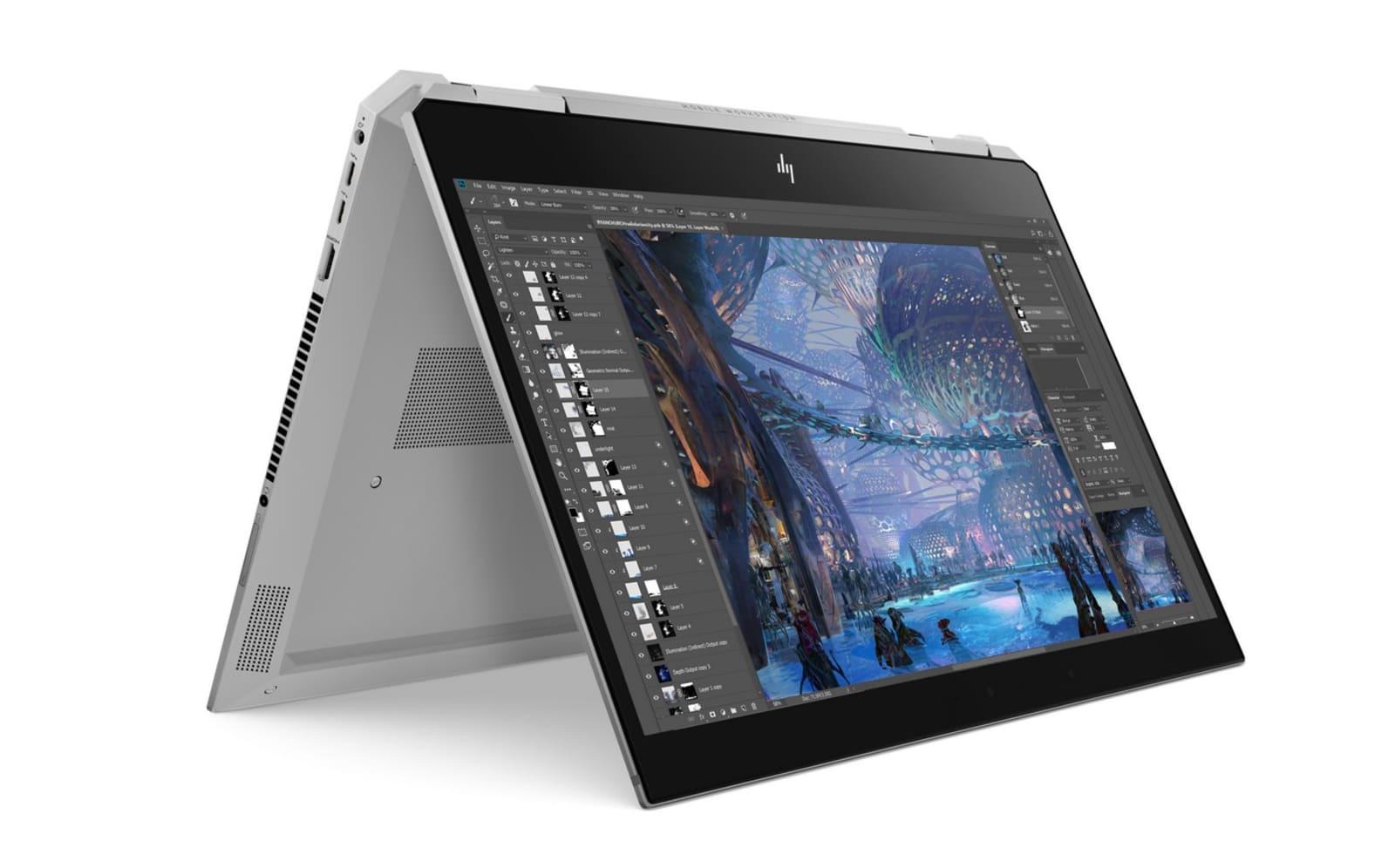 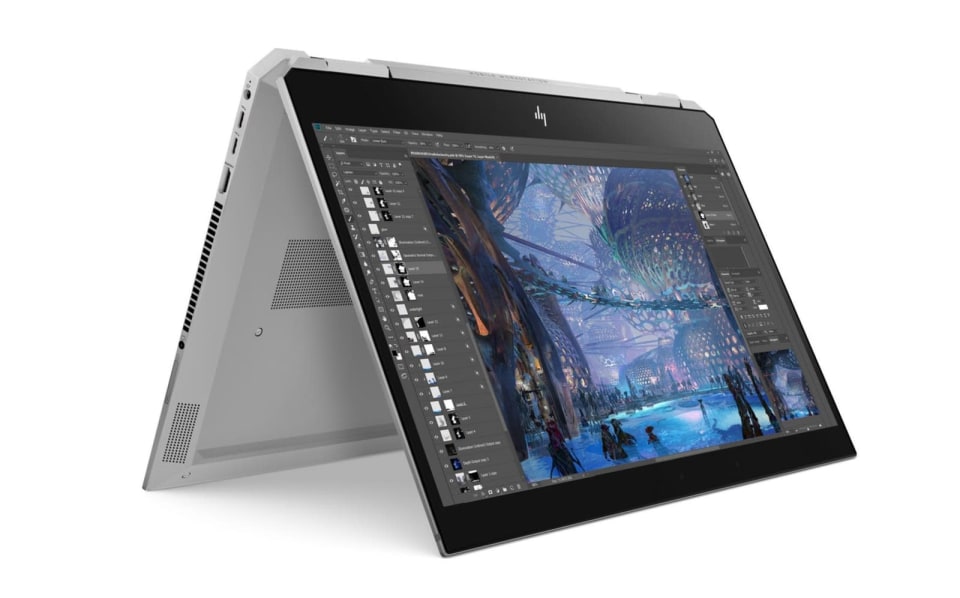 HP's ZBook computers have always been targeted at power-hungry professionals, but with last year's X2 detachable hybrid, the company started exploring new form factors. Now HP is adding a convertible PC to its pro family, the ZBook Studio x360 G5. Just like its other x360 machines, it has a hinge that can be flipped all the way around, letting you use it as a large tablet, or in a tent orientation. HP also claims it's the most powerful convertible around, since it can be configured with 8th generation, six-core Intel Xeon CPUs and NVIDIA's Quadro P1000 graphics. The company is sticking with its standard ZBook aesthetic for the x360: a metal case, sharp lines and a lack of ostentatious design. Its 15.6-inch display can be configured in 1080p, as well as 4K with HP's "DreamColor" technology, which supports 100 percent of the Adobe RGB spectrum and offers a bright 600 nits of performance. And if a six-core Xeon is too much, you can also opt for an 8th-gen Core i5 and six-core i7 CPU. The ZBook x360 should also last you a while with up to 16 hours of battery life, according to HP, and it can charge up to 50 percent in 30 minutes.

If you're not in the mood for a convertible, there's the new ZBook Studio Mobile Workstation, which includes all of the above specs in a traditional workstation. It's also significantly lighter than the x360, clocking in a 4.5-pounds compared to the convertible's five pounds. The ZBook 15v, meanwhile, is a bit chunkier at 4.7 pounds, and gives you the option of NVIDIA P600. And if you don't care about size at all, there's always HP's mainstay ZBook 15 and 17, which weigh in at 5.8 pounds and 7 pounds, respectively. With more room, though, the 17-inch model can fit in more powerful NVIDIA P5200 graphics.

With Intel's 8th generation Core CPUs making headlines this week, it's not a huge surprise to see HP refresh its professional lineup. Even the X2 detachable, which we saw in the fall, will benefit from 8th generation Core chips. Additionally, HP is also launching a new 1,440p 27-inch monitor, the DreamColor Z27x G2, which can be calibrated with a pop-up sensor and features 99 percent DCI P3 coverage.

In this article: convertibles, gadgetry, gadgets, gear, hp, personal computing, personalcomputing, ZBook, ZBookStudiox360G5
All products recommended by Engadget are selected by our editorial team, independent of our parent company. Some of our stories include affiliate links. If you buy something through one of these links, we may earn an affiliate commission.