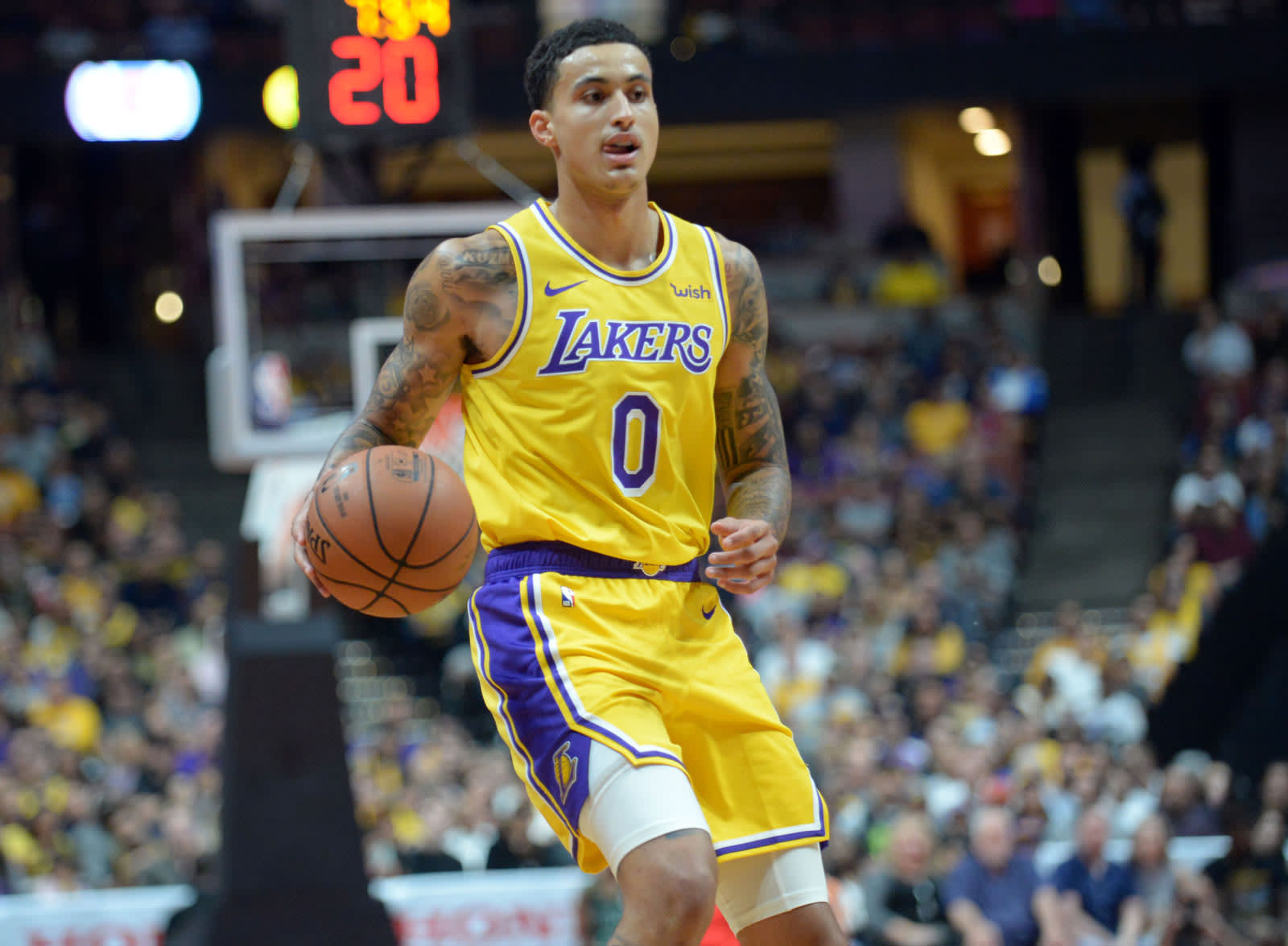 Online sneaker marketplace GOAT announced that Los Angeles Lakers forward Kyle Kuzma will serve as the company's brand ambassador. Today's announcement marks the first partnership between a sneaker reselling platform and a professional athlete. During this NBA season, GOAT will outfit Kuzma with 'rare and highly-coveted Nike sneakers,' which he'll wear both on and off the court

GOAT's website and app allow shoe fanatics to buy authentic sneakers, both new and discontinued. The LA-based company touts that they list a whopping 75,000 pairs of in-demand footwear on their platform, both new and used. To avoid the tripping up on knockoffs, each pair is vetted as the real deal by GOAT before a purchase is complete. Kuzma's brand ambassadorship with GOAT is a big step for the sneaker reselling platform, showing just how influential the platform is in the market. Sure, Kuzma's no LeBron James, but it's still a partnership worth noting.

This isn't the first sponsorship for Kuzma, who announced in June that he was partnering with Humbyl Coin, a cryptocurrency geared toward fantasy sports. He also has a preexisting relationship with Nike. Between fantasy sports cryptocurrency and GOAT, Kuzma's on the bleeding edge of athlete tech.

In this article: athlete, business, entertainment, GOAT, internet, kuzma, kylekuzma, lakers, mobile, nba, OnlineShopping, services, sneakers
All products recommended by Engadget are selected by our editorial team, independent of our parent company. Some of our stories include affiliate links. If you buy something through one of these links, we may earn an affiliate commission.