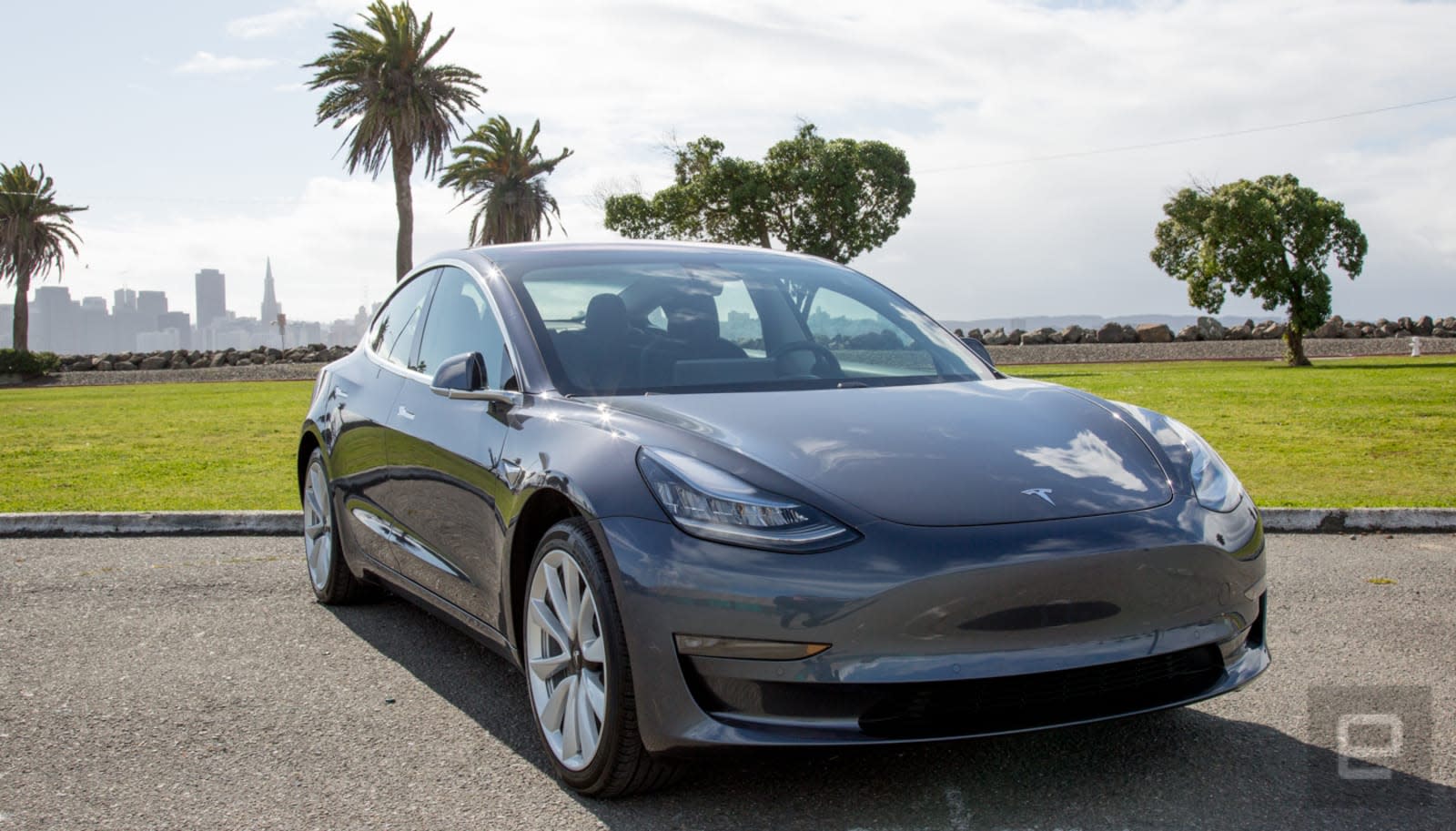 Tesla's legal headaches aren't over just because of its settlement with the SEC. The Wall Street Journal has learned that the FBI is stepping up a criminal investigation into whether or not Tesla "misstated" its Model 3 production capabilities and misled investors as far back as early 2017. The company had acknowledged a "voluntary request" for documents from the Justice Department on September 18th, but it now appears that investigators are concentrating on the Model 3 and escalating their efforts. They recently asked for testimony from former Tesla staff in the case, for instance.

Law enforcement is primarily concerned about the wide gap between Tesla's early production promises and the cold reality. It had signaled plans to produce 5,000 Model 3s per week by the end of 2017 after announcing its earnings in February 2017 and reiterated those plans when production was imminent in July of that year, but it only made a total of 2,700 units that entire year. It wasn't until July 2018, several months later, that Tesla started achieving that 5,000-per-week figure. The WSJ heard that the early production line didn't even have a completed body shop until September 2017.

Tesla told Engadget in a statement about the prior document request and said that it hadn't received subpoenas, official requests for testimony or "any other formal process." There hasn't been a DOJ document request "for months," it said. This doesn't rule out the DOJ reaching out to individual staff, but the company itself wouldn't have received anything. The automaker also stressed that it was "transparent" about the difficulties of improving manufacturing rates and that it set "truthful targets" that were neither unrealistic nor overly conservative. You can read the full statement below.

Whether or not anything comes from the investigation is unclear. To pursue a case, the FBI might have to show that Tesla knew it was unlikely to make its stated production goals. If there's evidence Tesla was simply grappling with "difficulties that [it] did not foresee," as the company said in a statement, the FBI's investigation might amount to nothing. Whatever the outcome, this likely isn't what Tesla wants to deal with right as it's returning to profitability.

"Earlier this year, Tesla received a voluntary request for documents from the Department of Justice about its public guidance for the Model 3 ramp and we were cooperative in responding to it. We have not received a subpoena, a request for testimony, or any other formal process, and there have been no additional document requests about this from the Department of Justice for months.

"When we started the Model 3 production ramp, we were transparent about how difficult it would be, openly explaining that we would only be able to go as fast as our least lucky or least successful supplier, and that we were entering 'production hell.' Ultimately, given difficulties that we did not foresee in this first-of-its-kind production ramp, it took us six months longer than we expected to meet our 5,000 unit per week guidance. Tesla's philosophy has always been to set truthful targets – not sandbagged targets that we would definitely exceed and not unrealistic targets that we could never meet. While Tesla gets criticized when it is delayed in reaching a goal, it should not be forgotten that Tesla has achieved many goals that were doubted by most. We are enormously proud of the efforts of the whole company in making it through this difficult ramp and getting us to volume production."

In this article: crime, electriccar, electricvehicle, ev, fbi, gear, investigation, law, model3, transportation
All products recommended by Engadget are selected by our editorial team, independent of our parent company. Some of our stories include affiliate links. If you buy something through one of these links, we may earn an affiliate commission.