James Patterson will preview his next novel in Facebook Messenger

Chat with characters from 'The Chef' starting October 30th.

James Patterson, the best-selling book factory in human form, is letting readers interact with the characters from his upcoming novel The Chef by speaking to them through Facebook Messenger. Starting October 30th, you'll be able to receive video and sound clips from characters via Facebook's massively popular messaging platform, according to Variety.

Conversations on Messenger will take place through video clips, sound blurbs and chat bubbles that will be sent to users. Those little interactions will serve up information about characters, as well as flesh out the novel's setting and deliver some clues about the mystery that will unfold in the book's pages.

To chat through the prelude to the actual book, you'll have to open up the Messenger app and search for "The Chef by James Patterson." Tap on the novel when it appears in the search results, then tap on "Start Reading" to begin the virtual novel. The interactive experience appears to be a first for Messenger, which has previously allowed users to talk to brands and hosted some popular games.

The Chef follows protagonist Caleb Rooney, a former cop turned celebrity food truck chef who comes under investigation for a murder. While he tries to clear his name, he discovers a terrorist plot that could threaten the city of New Orleans and must stop the attack before it's too late. It is slated to drop in book form on February 18th, 2019. 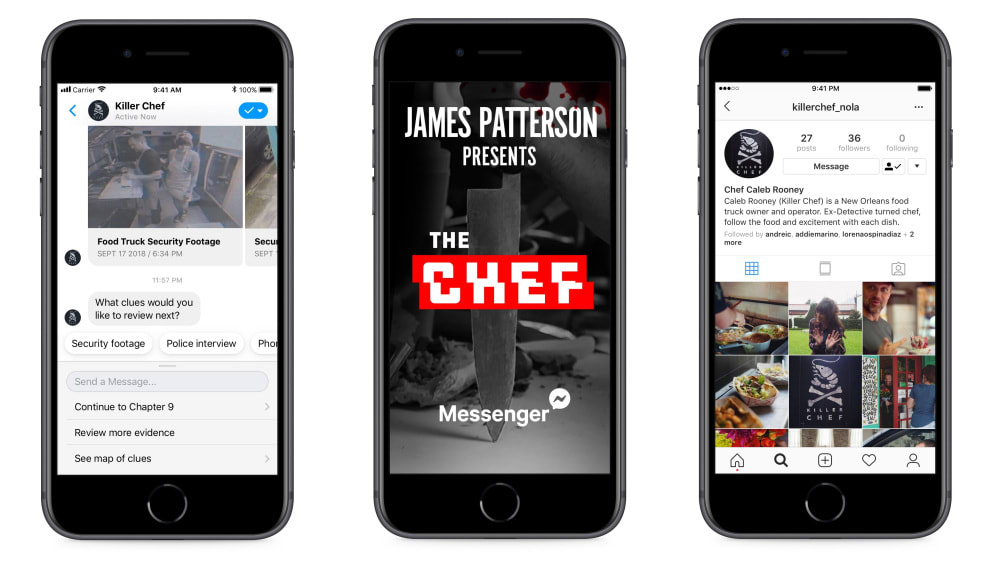