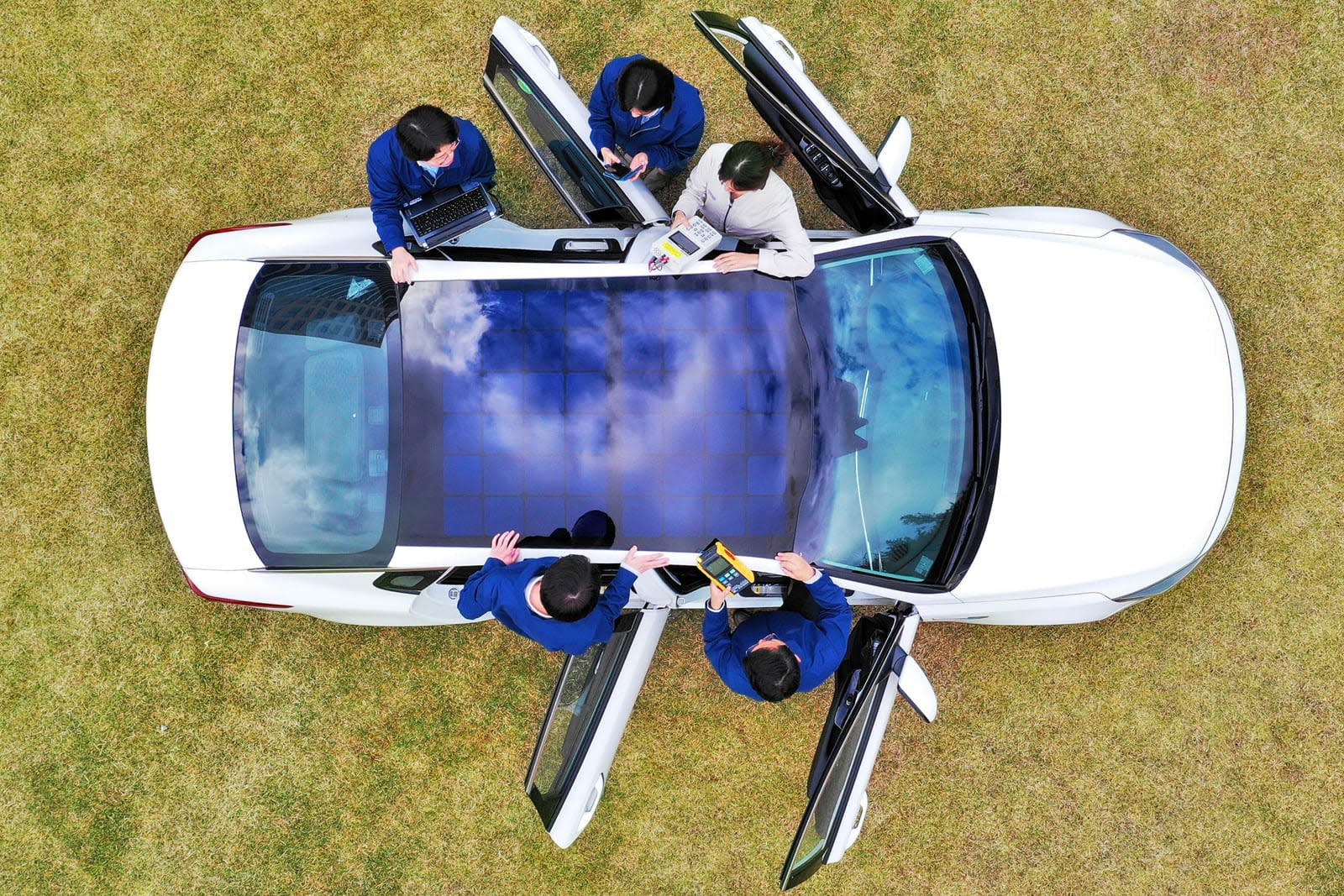 Solar panels on cars aren't just reserved for luxury brands or experimental vehicles. Hyundai and Kia have laid out plans to equip "selected" cars with solar panels on their roofs or hoods. They'll help charge batteries for electric vehicles and hybrids, but they'll also be useful for combustion-only vehicles. You won't have to settle for solar panels blocking your view of the sky above, either.

While the first-gen solar roof will be limited to hybrids with conventional roofs, a second-wave semi-transparent roof will be available on cars (including combustion-only models) as part of a panoramic sunroof system. There's also a third-gen system in a pilot phase that will provide power from the roof and hood at the same time.

It promises to be effective. The first-gen model can charge 30 to 60 percent of a hybrid's battery per day depending on both the weather and the overall environment. While that's not spectacular, it could significantly reduce charging times and keep you from using gas on those days when you don't have chances to plug in.

You won't see the first-gen solar tech until "after 2019." With that said, it could become commonplace among automakers if it proves successful. It's a good selling point for cost-conscious and eco-friendly drivers, but it could also be alluring to companies struggling to meet fuel efficiency and emissions standards. They could put solar panels on enough vehicles to raise fuel economy figures without having to make dramatic changes to engines or the overall designs.

In this article: car, cars, electriccar, electricvehicle, ev, gear, green, hyundai, kia, solarpanel, transportation
All products recommended by Engadget are selected by our editorial team, independent of our parent company. Some of our stories include affiliate links. If you buy something through one of these links, we may earn an affiliate commission.