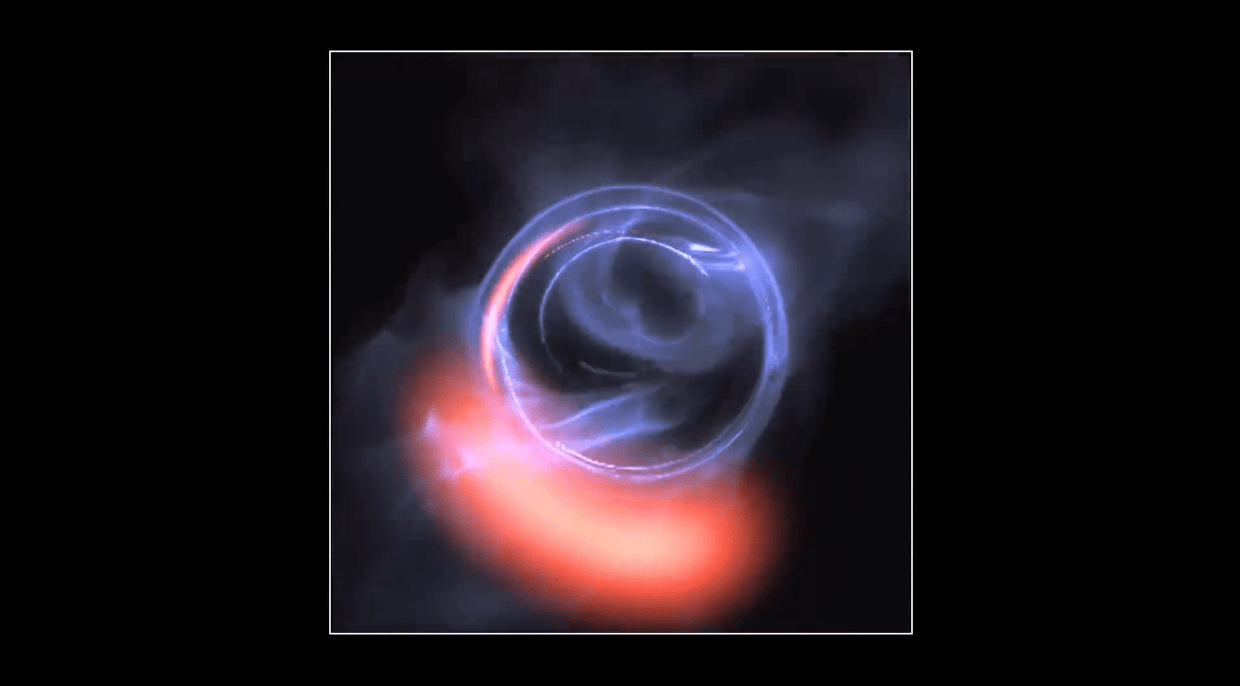 Researchers have long suspected that a supermassive black hole lies in the center of our galaxy, and now they have strong evidence to support that suspicion. Using the Very Large Telescope -- an array of four individual telescopes stationed in the Atacama Desert in Chile -- scientists have been observing Sagittarius A* (pronounced Sagittarius A-star), an object in the center of the Milky Way galaxy thought to be a supermassive black hole. During their work, the research team observed three bright flares orbiting around Sagittarius A*, which completed 150-million-mile circuits in just 45 minutes. That's about 30 percent the speed of light.

Scientists say an object that massive -- over four million times the mass of our Sun -- that fits within such a small orbit is almost certainly a black hole. "This always was one of our dream projects but we did not dare to hope that it would become possible so soon." Reinhard Genzel, the researcher who led the study, said in a statement. "The result is a resounding confirmation of the massive black hole paradigm." Scientist Oliver Pfuhl added, "It's mind-boggling to actually witness material orbiting a massive black hole at 30 percent of the speed of light. GRAVITY's tremendous sensitivity has allowed us to observe the accretion processes in real time in unprecedented detail."

GRAVITY is an instrument that combines the light from the VLT's four telescopes, allowing researchers to study distant objects, like galactic centers, that are too faint when observed with other instruments.

The bright flares seen orbiting Sagittarius A* are thought to be a result of magnetic interactions in the hot gas around the black hole. Further, they behaved as hot spots orbiting a black hole of this size were predicted to. Earlier this year, astronomers observing a star called S2 that orbits Sagittarius A* every 16 years found that the supermassive object stretched the star's light at its closest point of orbit, just as Einstein predicted would happen in his theory of general relativity.

"We were closely monitoring S2, and of course we always keep an eye on Sagittarius A*," said Pfuhl. "During our observations, we were lucky enough to notice three bright flares from around the black hole -- it was a lucky coincidence!" The findings were published in Astronomy & Astrophysics.

In this article: BlackHole, EuropeanSouthernObservatory, galaxy, gear, gravity, MilkyWay, S2, sagittariusA, space, VeryLargeTelescope, video
All products recommended by Engadget are selected by our editorial team, independent of our parent company. Some of our stories include affiliate links. If you buy something through one of these links, we may earn an affiliate commission.