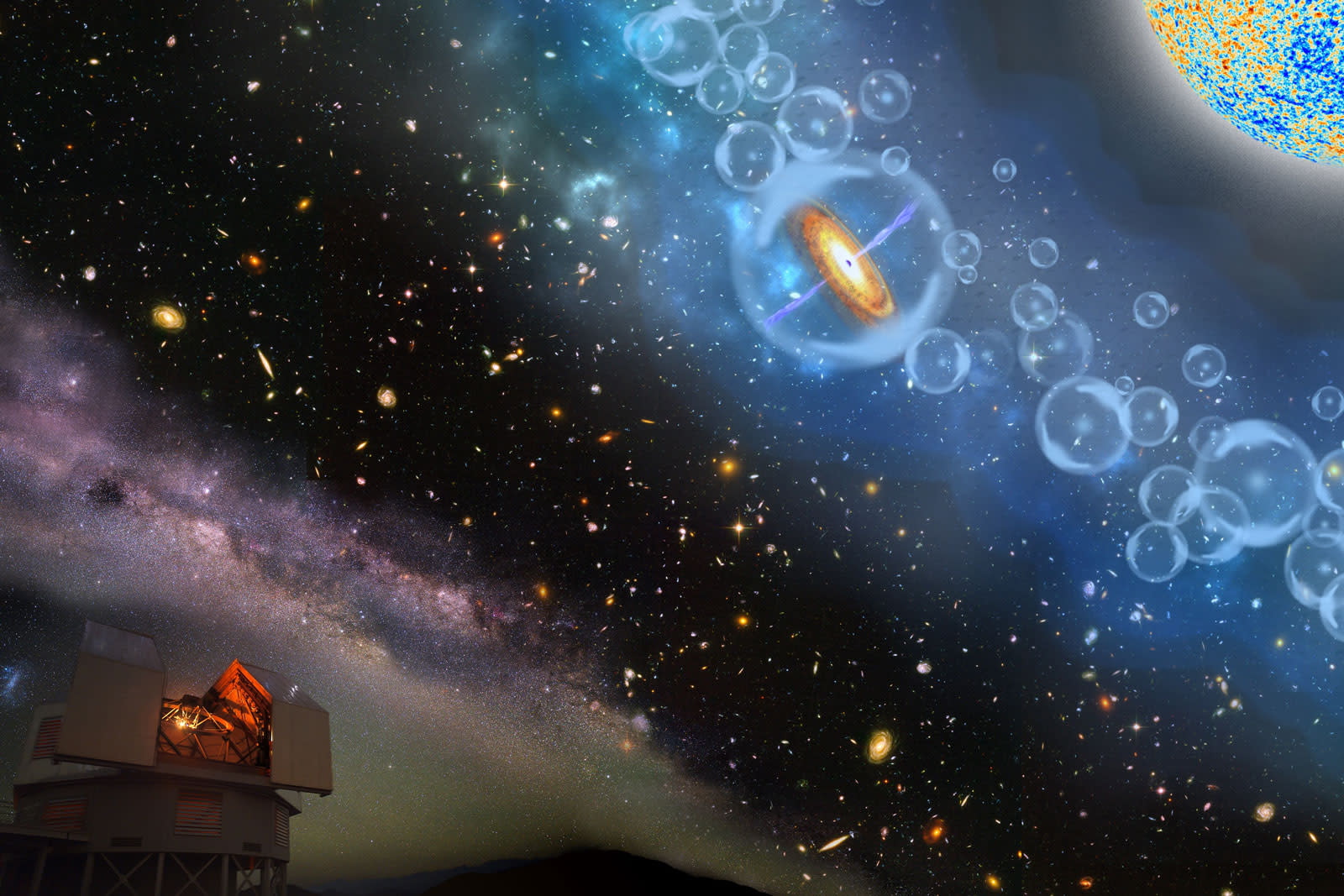 The most interesting aspect of this supermassive black hole is its age -- it's 13 billion light years away, which scientists determined via redshift. This means that, in looking at this object, we are looking at the universe as it was just hundreds of millions of years after the Big Bang. It's a glimpse into what the earliest universe was like. It's especially interesting because the bulk of the hydrogen in the quasar appears to be neutral, rather than ionized. After the energetic particles from the Big Bang cooled, they formed neutral hydrogen. The universe during this period was dark, but as stars and galaxies formed, the hydrogen ionized. This means that much of the quasar's matter could be from a time we don't know much about, during which the universe was dark.

Additionally, the size of the black hole is a puzzle in itself: Its mass is 800 million times greater than our sun's. "Gathering all this mass in fewer than 690 million years is an enormous challenge for theories of supermassive black hole growth," says Eduardo Bañados from the Carnegie Institute for Science, who led the team of astronomers that made the discovery. This means that the early universe likely was conducive to the quick formation of supermassive black holes; our current universe isn't, and black holes are generally much smaller.

There are only 20 to 100 quasars that are as bright and distant as this newly discovered object in Earth's sky, so the detection of this supermassive black hole is a pretty big deal. As more giant telescopes are constructed, we'll be able to locate more of these objects, but this specific supermassive black hole gives us unique insight into the state of the early universe, as it existed shortly after the Big Bang.

In this article: bigbang, blackhole, quasar, space, supermassiveblackhole, tomorrow
All products recommended by Engadget are selected by our editorial team, independent of our parent company. Some of our stories include affiliate links. If you buy something through one of these links, we may earn an affiliate commission.