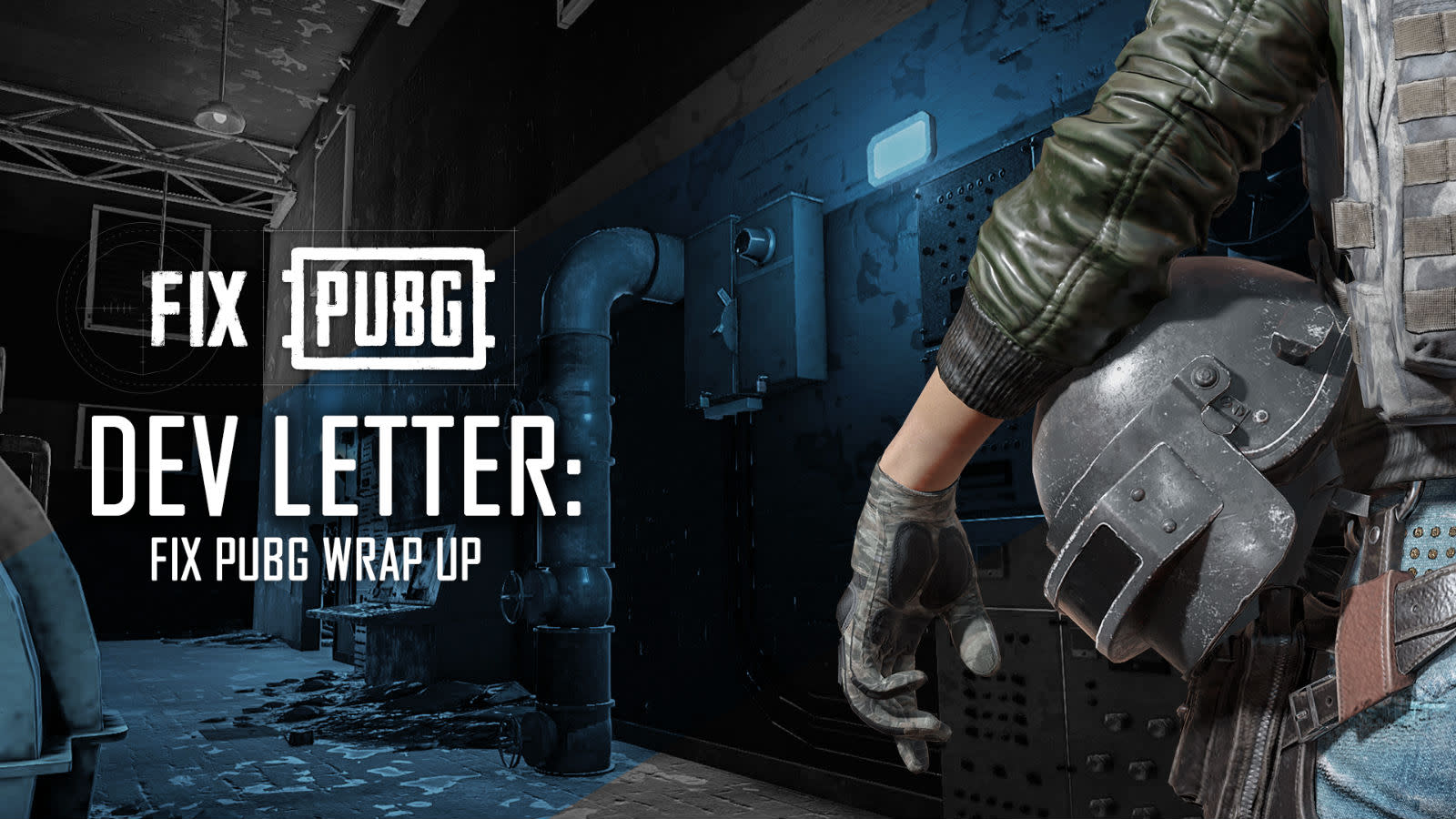 PUBG Corp. is ending its bug-squashing "fix PUBG" campaign to focus on new development priorities for the year ahead. "Build stability and quality" are now its "most important value," explains the company in an open letter posted to Steam, ahead of battle royale gameplay and new content.

"At first, this is likely to slow down our build cadence, but as these processes become more proficient, we hope to provide new content as fast as before, while maintaining our new stability and quality-first goal," writes exec-producer Taeseok Jang.

He adds that the "fix PUBG" campaign -- announced three months earlier -- led to significant improvements in client and server performance, matchmaking, and anti-cheat solutions (including the banning of over two million accounts). In addition, PUBG Corp. says it addressed the entirety of the 100 bugs and quality-of-life improvements outlined at the start of the scheme.

"We know there are many things to improve upon, but we do have a sense that we more accurately feel what you, the players want and need," Jang said. "While this is the end of the Fix PUBG campaign, we will go forward in our development, improve our processes, and redouble our efforts with the lessons learned."

In this article: av, gaming, playerunknownsbattlegrounds, pubg, pubgcorp
All products recommended by Engadget are selected by our editorial team, independent of our parent company. Some of our stories include affiliate links. If you buy something through one of these links, we may earn an affiliate commission.