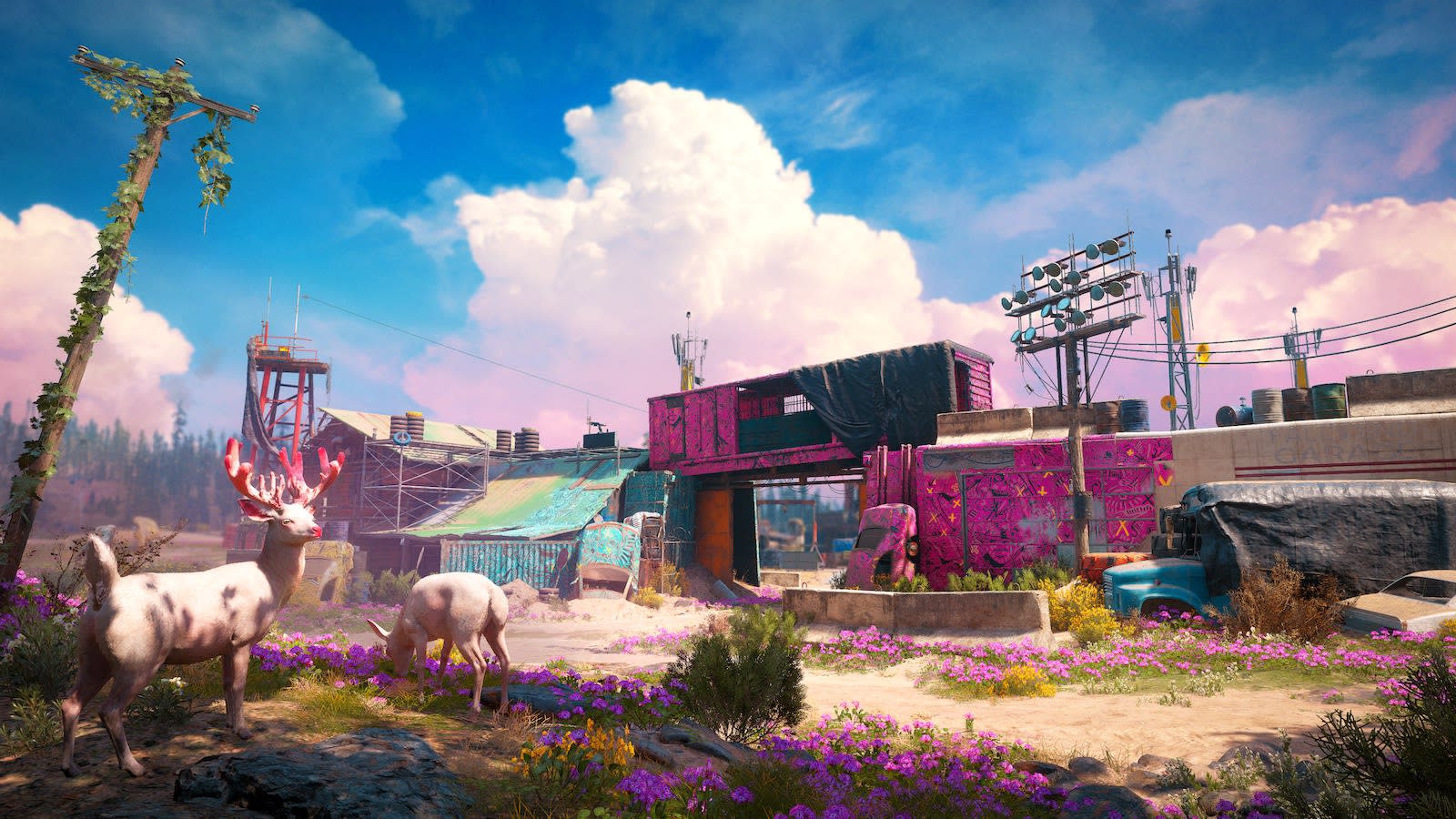 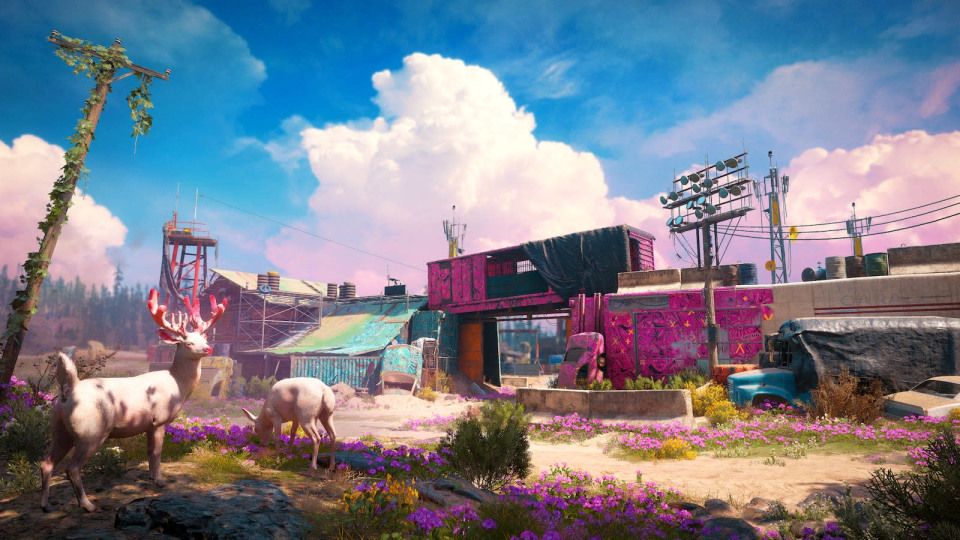 Take the chaotic backwoods setting of Far Cry 5, add a dash of Fallout 76 and a sprinkle of Rust, and you've got Far Cry New Dawn, the latest game in Ubisoft's open-world action-adventure series. New Dawn is the radiation-soaked sequel to Far Cry 5, and it's set to hit PlayStation 4, Xbox One and PC on February 15th, 2019. There are two potential endings in Far Cry 5, and New Dawn directly follows the most explosive option -- the detonation of a nuclear device in the midst of a deadly, drug-addled cult in Hope County, Montana. New Dawn picks up 17 years after the blast, in a lawless landscape that's apparently been coated in neon-colored nuclear residue and overrun with strange creatures.

The game's main villains are The Twins, Mickey and Lou, who are indeed twin sisters. They lead a gang called The Highwaymen that's intent on stripping Hope County of its resources and killing anyone who gets in the way. Players maintain a Homebase called Prosperity and prepare to battle the Highwaymen, crafting weapons, building vehicles and training other survivors to fight. A feature called Friend for Hire enables co-op play, allowing players to progress through the game with a buddy.

New Dawn brings something new to the Far Cry series with Expeditions. At Prosperity, players can travel to locations across the US ("from wetlands to canyons and more," according to Ubisoft), where they'll have to secure a package of valuable materials and get out as quickly as possible.

Ubisoft technically revealed New Dawn at The Game Awards on Thursday night, but the box art leaked about a day before the show, giving the internet plenty of time to buzz, speculate and angrily decry the new game without an iota of information about its plot or mechanics. The cover is striking for starring two black women -- a segment of the population that rarely sees the spotlight in AAA games.

Far Cry New Dawn is available to pre-order now for $40 across consoles and PC.

In this article: av, FarCry, FarCryNewDawn, gaming, pc, personal computing, personalcomputing, ps4, thegameawards, thegameawards2018, Ubisoft, XboxOne
All products recommended by Engadget are selected by our editorial team, independent of our parent company. Some of our stories include affiliate links. If you buy something through one of these links, we may earn an affiliate commission.