Skullcandy is hopping aboard the bandwagon for all-wireless earbuds. It's releasing Push, a Bluetooth earbud set that aims to liberate you from cords without paying as much as you would for the usual alternatives. They offer six hours of listening by themselves, and another six through the included charging case. They should also stay reasonably secure in your ears thanks to their gels, and you can control basic functions (including invoking your preferred voice assistant) without reaching for your phone.

The main allure might be the price. Skullcandy is selling Push for $130 as a Target exclusive until the end of 2018, and through retailers (including Skullcandy's own site) form January 15th onward. That's significantly less than the $160-plus that you frequently pay for ditching wires. There's also a Fearless Use Promise that will charge you a reduced $49 if you need to replace an earbud or the case, so you won't pay through the nose if you fling a bud into the snow.

However, you might want to think carefully before snagging a set. Push isn't IP-rated, so it's not a great pick for the gym. Also, the case just doesn't offer as much listening time as with competitors, such as the 24 hours Apple claims for AirPods. While 12 hours total is more than enough for a commute, it might not hold up through a weekend's worth of extended listening sessions. 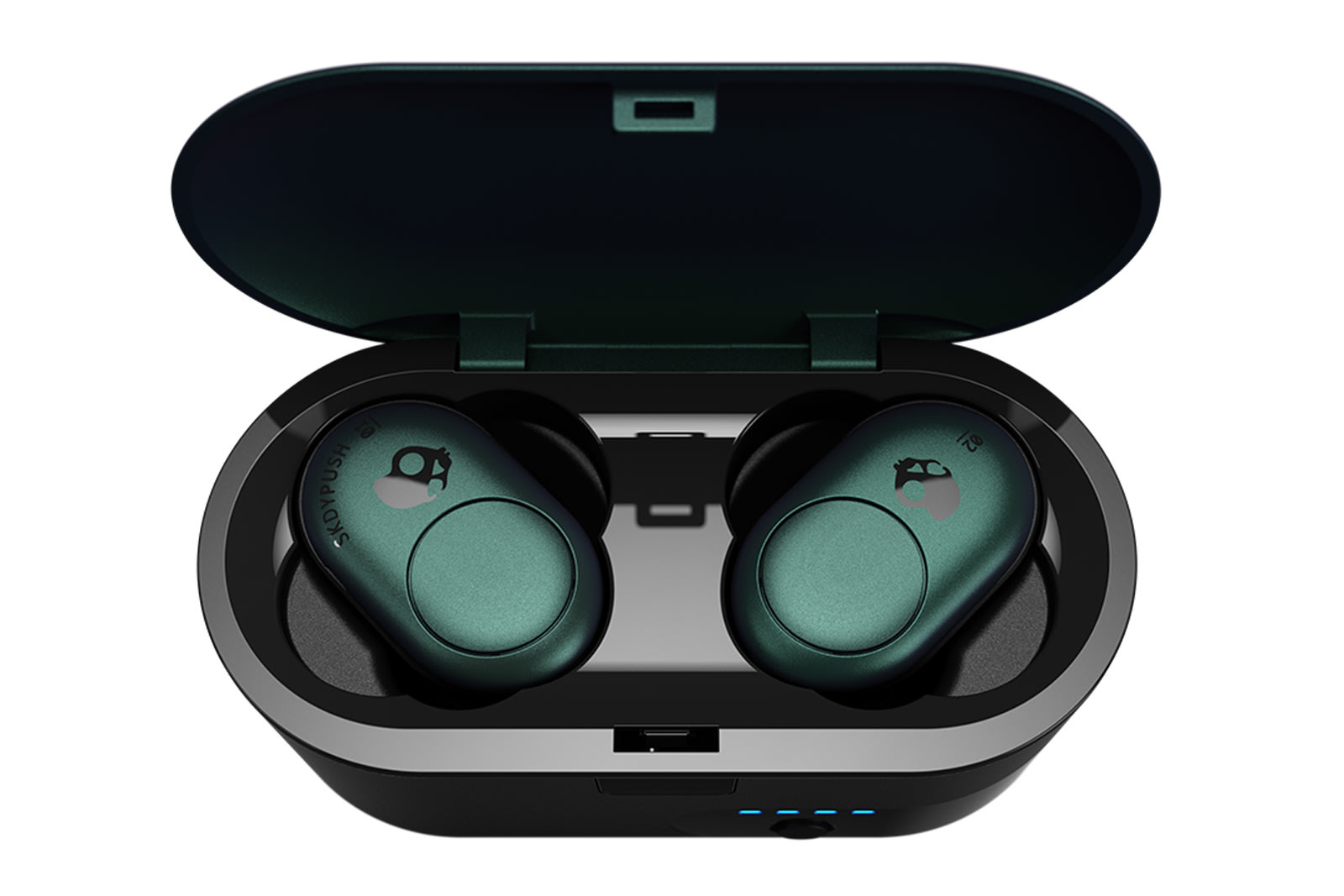