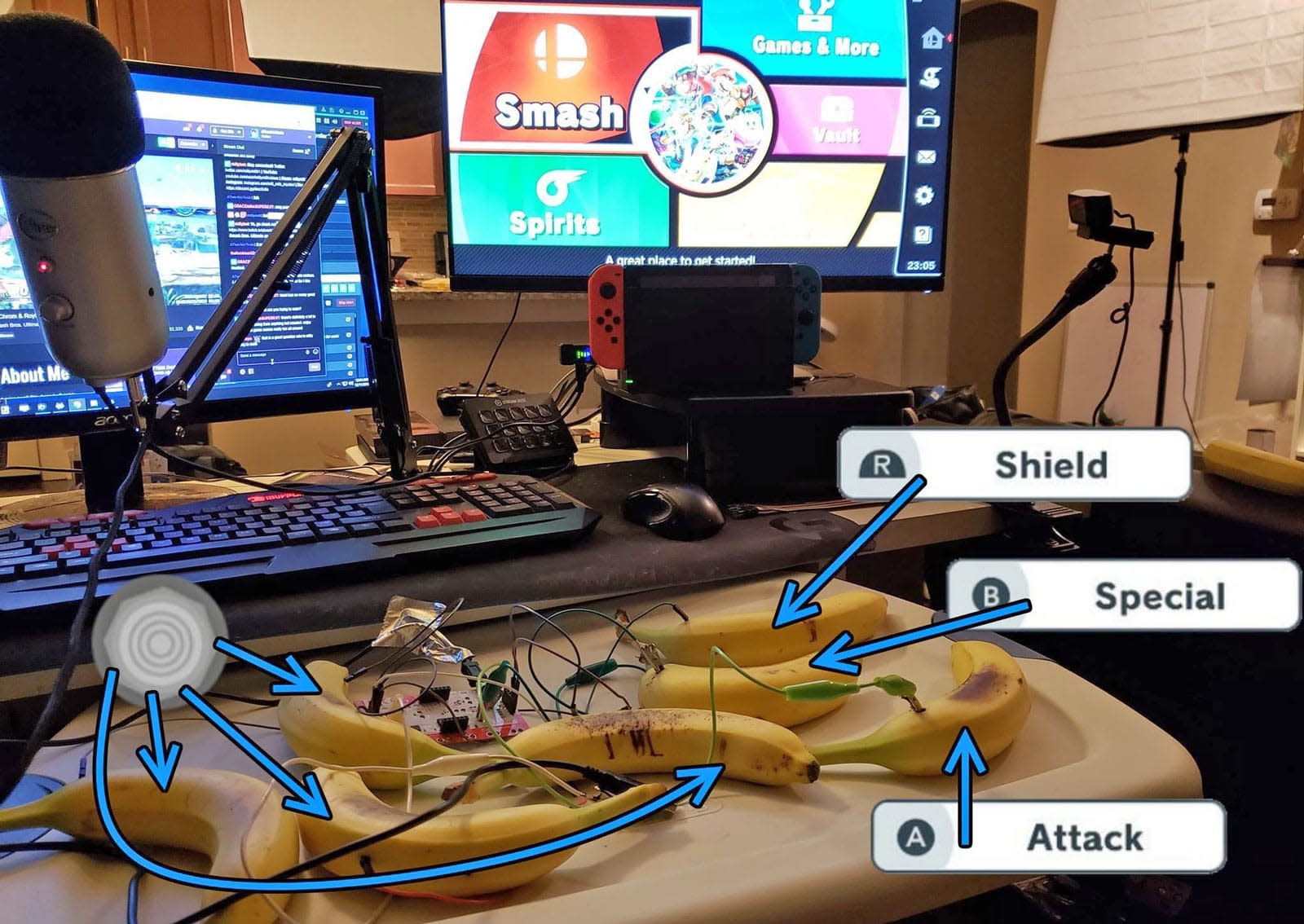 The GameCube controller for Super Smash Bros. Ultimate might be sold out all over the place, but you don't need it to dominate the competition with your favorite fighter. All you need, it turns out, is a bunch of bananas. A Twitch streamer going by the handle ATwerkinYoshi did a little modding after a grocery trip and managed to turn seven bananas into makeshift buttons to play the latest installment of Smash.

ATwerkinYoshi's set up hinged primarily on a Human Interface Device (HID) called Makey Makey. The simple tool converts basically anything into a keyboard input. In this case, he hooked up bananas to the board so tapping one of the fruits would be interpreted as a button press. He then used an input converter to change those perceived keyboard actions into button presses on a Nintendo Switch Pro controller so it would be recognized by the game. It's a much cheaper set up than buying a Pro controller, though a Pro controller will never get too ripe to play with.

The streamer put the makeshift controller to the test by playing online as Donkey Kong. In an Imgur gallery, he said he expected the experience to go terribly but wound up making things work and rattled off a five-game match streak while streaming the gaming session. ATwerkinYoshi wasn't at as big of a disadvantage as you might imagine; he has a history of creating unconventional controls, including playing The Legend of Zelda: Breath of the Wild with a Guitar Hero controller and Dark Souls 3 with a Dance Dance Revolution Dance Pad.

In this article: av, banana, bananas, controllers, design, gadgetry, gadgets, gaming, nintendo, nintendoswitch, SmashBros, SmashBrosUltimate, SuperSmashBros, supersmashbrosultimate, switch
All products recommended by Engadget are selected by our editorial team, independent of our parent company. Some of our stories include affiliate links. If you buy something through one of these links, we may earn an affiliate commission.