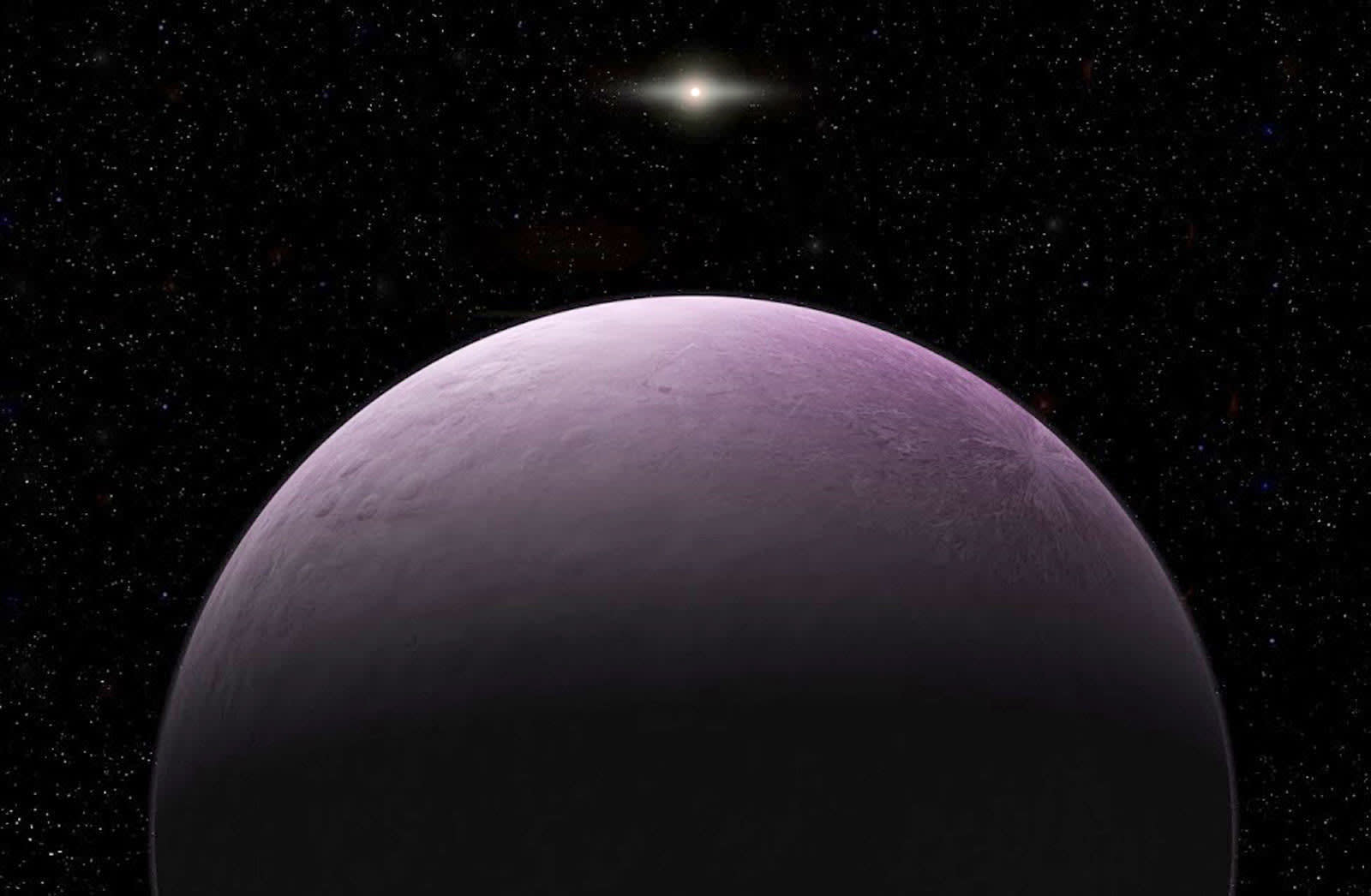 The reach of the Solar System extends well beyond the full-size planets, and that's becoming clearer than ever with a new discovery. Astronomers have detected 2018 VG18 "Farout," which is the most distant Solar System object known to date at 120AU from the Sun (about 11.15 billion miles) -- the previous record-setter, the dwarf planet Eris, is 'just' 96AU away. That makes it over three and a half times farther from the Sun than Pluto (34AU), and over 100 times farther than Earth. But what is it, exactly?

That's hard to say at this early stage (the image you see above is an artist's concept), but there are a few clues. At just under 311 miles in diameter, Farout is likely to be a dwarf planet. Its pinkish tint, meanwhile, suggests that it's rich in ice. And based on where it is in the sky, astronomers suspect it has an extremely long orbit (likely over 1,000 years) similar to those of other extremely distant Solar System objects. That could support theories of a giant "Planet X" influencing these smaller celestial bodies.

It could take a long time before you learn much more. It will take a few years to fully understand Farout's orbit due to its distance and slow movement, and a closer observation isn't really in the cards when there are no probes headed its way any time soon. Moreover, it probably won't hold that crown forever. The dwarf planet Sedna is currently 90AU away from the Sun, but its orbit will take it more than 900AU away before it comes back. Think of this more as an illustration of the Solar System's scope -- there's plenty of activity beyond the known planets, even if a lot of it remains elusive.

In this article: astronomy, CarnegieInstitution, carnegieinstitutionforscience, dwarfplanet, farout, gear, solarsystem, space, tomorrow
All products recommended by Engadget are selected by our editorial team, independent of our parent company. Some of our stories include affiliate links. If you buy something through one of these links, we may earn an affiliate commission.