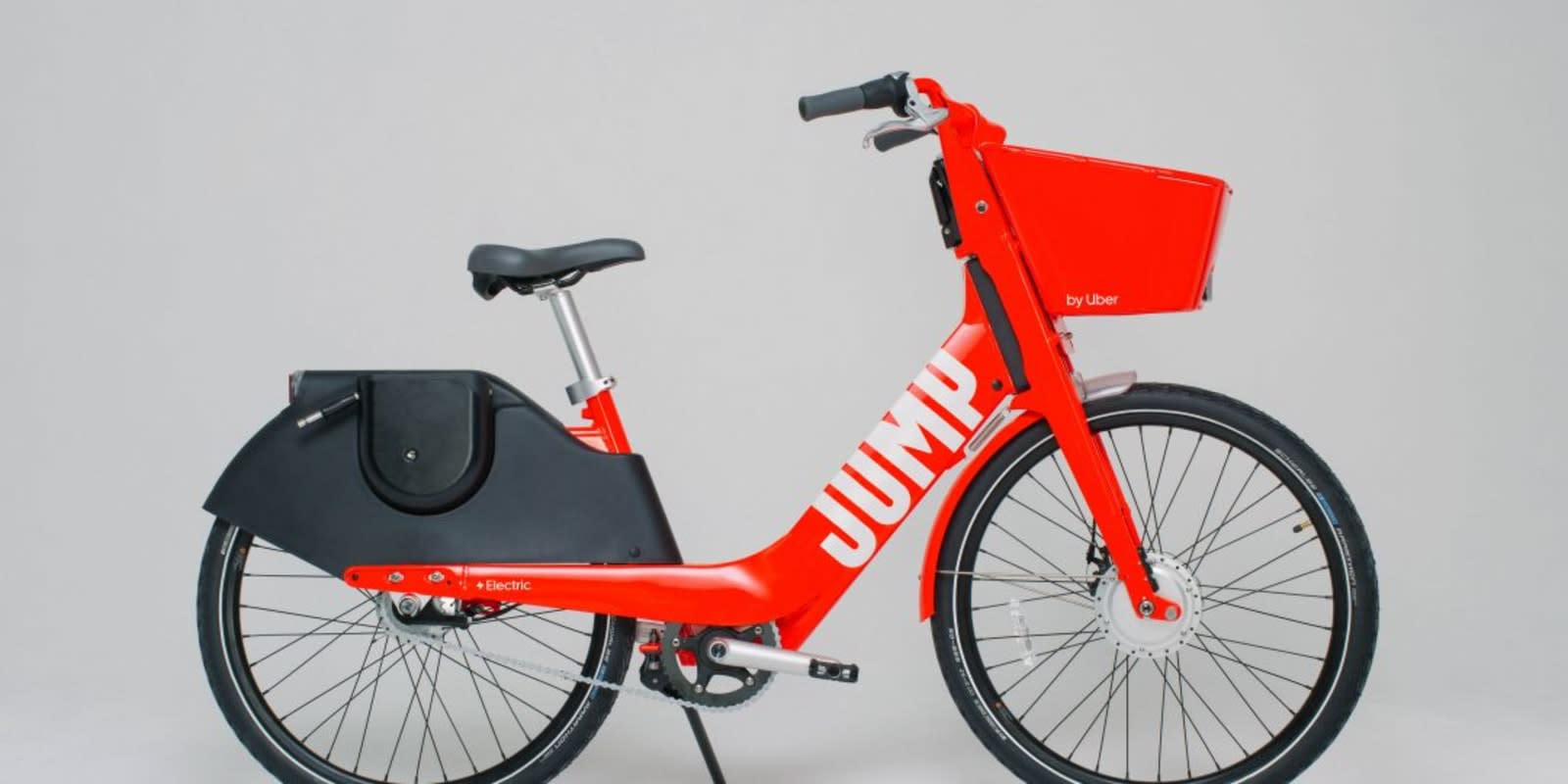 Jump is giving its eye-catching red e-bikes an overhaul. It will launch an updated version in the New Year with a raft of new features, including a holder for your phone (useful for turn-by-turn navigation) and a retractable cable lock, which should make it easier to secure the bike.

Perhaps the most important update in the upgraded bike is a swappable battery pack. That means the Jump team won't necessarily need to take a bike off the streets for hours on end to charge it -- switching out the battery should only take a few minutes.

The dashboard is moving from the back to between the handlebars, so placing a bike on hold or requesting a repair should prove a little more convenient. The pin system is going away, and you'll instead scan a QR code to unlock a bike. Reserving or unlocking one should be faster too, thanks to 4G connectivity.

The bikes will send real-time diagnostics to Uber-owned Jump, which will use the data to optimize performance, while the new machines can self-diagnose some more common problems when they arise. Meanwhile, don't worry too much if you're feeling left out, scooter fans: Jump plans to bring some of these features to its e-scooters as well.

In this article: 4g, ebike, ebikes, gear, jump, phoneholder, qrcode, transportation, uber
All products recommended by Engadget are selected by our editorial team, independent of our parent company. Some of our stories include affiliate links. If you buy something through one of these links, we may earn an affiliate commission.