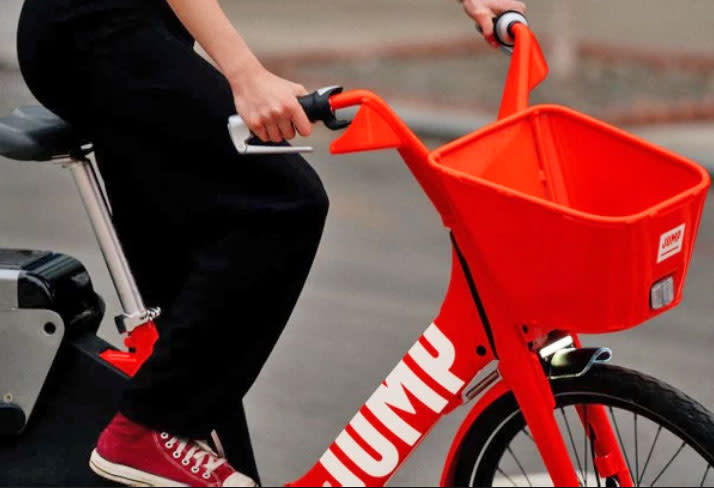 In a continued push to expand beyond traditional taxi rides, Uber has announced plans to roll out its Jump bike rental service to cities in Europe. The company acquired bike-sharing platform Jump just a few months ago and was quick to offer the service in Washington DC and cities throughout California. Now it aims to launch in Berlin before the end of the summer, with other European cities to follow.

Speaking at the Noah tech conference in Berlin, Uber CEO Dara Khosrowshahi said that "this is potentially a replacement for Uber trips so that we can be bigger than just cars, we can be about mobility within a city, and we can help resolve the traffic issue every city is facing." In the US, customers can take 30-minute trips for $2 a ride on the electrically-assisted bikes. There's no word on pricing yet for Europe.

Berlin is an interesting choice for a European launch. The German capital is already awash with bike-sharing companies such as OBike, Mobike and LimeBike. But the roll out, coupled with plans to launch UberGreen in the city later this year, is undoubtedly part of a wider move to get Berlin back on side after a slew of legal challenges -- which have spread throughout Europe -- in recent times. According to Khosrowshahi, these plans demonstrate a "new Uber" which wants to expand "through partnerships and dialogue."

In this article: Berlin, bikesharing, business, electric, Europe, Germany, Jump, transportation, Uber, UberGreen
All products recommended by Engadget are selected by our editorial team, independent of our parent company. Some of our stories include affiliate links. If you buy something through one of these links, we may earn an affiliate commission.