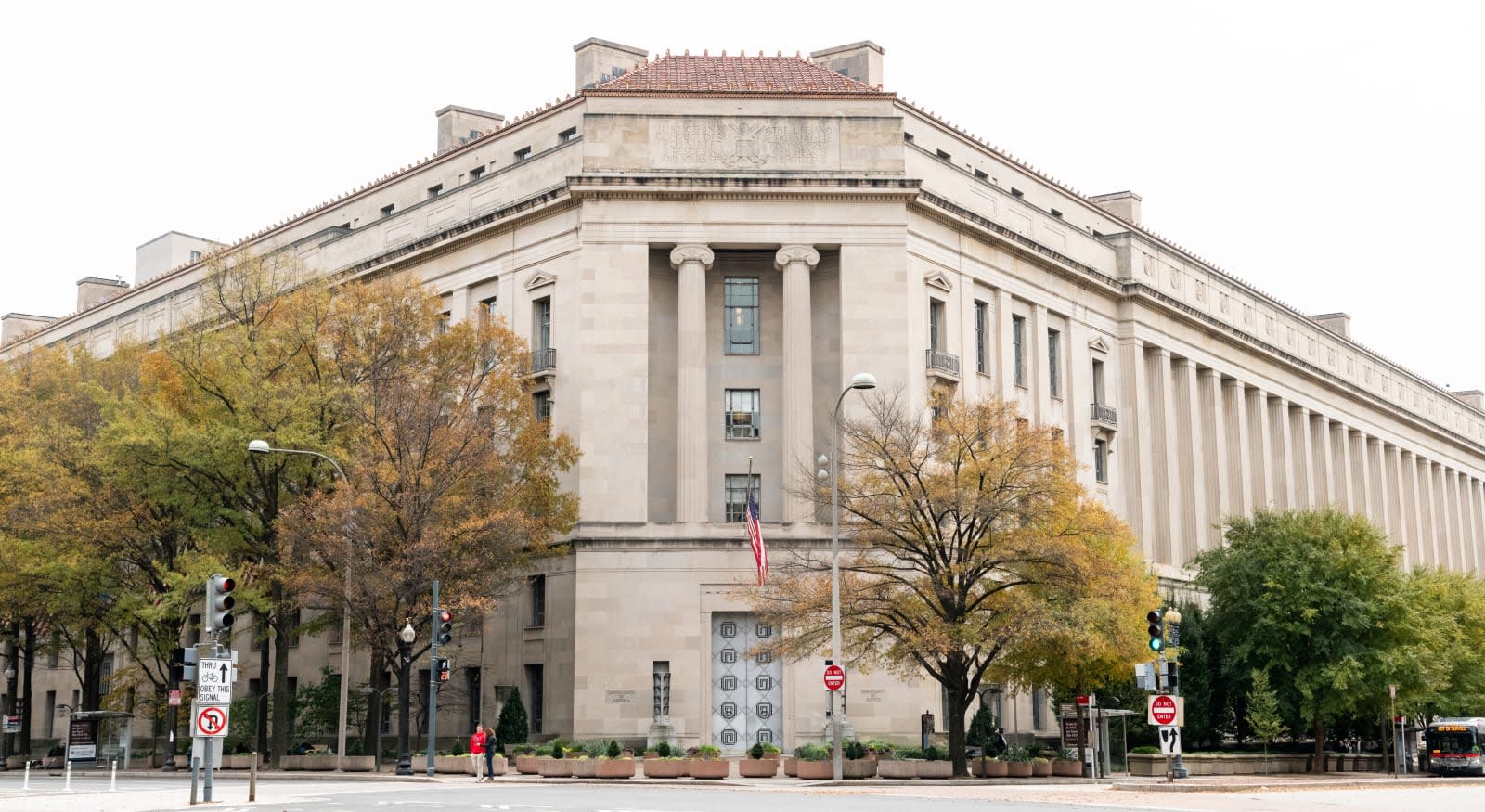 Today, the Department of Justice announced charges against Zhu Hua and Zhang Shilong, two Chinese nationals who engaged in an extensive hacking campaign against the US and other countries. First reported by CNBC, the campaign was allegedly successful at infiltrating at least 45 US and global technology companies and government agencies, and these actions were taken at the behest of the Chinese government. Incredibly, the hackers have been operating since 2006 through this year, according to the DOJ. This comes a week after the NSA warned it had evidence of China preparing for "high-profile" cyber-attacks.

"The indictment alleges that the defendants were part of a group that hacked computers in at least a dozen countries and gave China's intelligence service access to sensitive business information," said Deputy Attorney General Rod J. Rosenstein in a DOJ press release. "This is outright cheating and theft, and it gives China an unfair advantage at the expense of law-abiding businesses and countries that follow the international rules in return for the privilege of participating in the global economic system."

The Washington Post reports that the US wasn't the only target in this extensive campaign -- Britain, Japan, Canada, Australia, Brazil, France, Switzerland and South Korea were also among the targets of this Chinese hacking group. Because of the global nature of the attack, the Post says that US and "more than a dozen" allies are expected to condemn China for ongoing attempts to steal trade secrets and compromise various government agencies.

This comes at a time when China / US relations are increasingly fraught, especially in the technology sector. Earlier this year, the DOJ charged ten individuals for stealing intellectual property relating to jet engine design, and last week it was revealed that Chinese hackers successfully targeted Navy contractors multiple times over the last 18 months. It appears that today's charges are unrelated, but the US and China have also been at odds for months in trade negotiations, with the White House threatening to levy large tariffs on Chinese goods as a way to pressure the country into stopping what the US deems unfair trade practices. Further complicating matters is the recent arrest in Canada of Huawei CFO Meng Wanzhou at the request of the DOJ.

Update 12/20/18 11:25AM ET: This story has been updated to include information directly from the Department of Justice's press release announcing the charges, including the names of the individuals charged, a statement from Deputy Attorney General Rod J. Rosenstein and details on the industries targeted in the hacking campaigns.

In this article: china, cybersecurity, hack, hacking, politics, security
All products recommended by Engadget are selected by our editorial team, independent of our parent company. Some of our stories include affiliate links. If you buy something through one of these links, we may earn an affiliate commission.