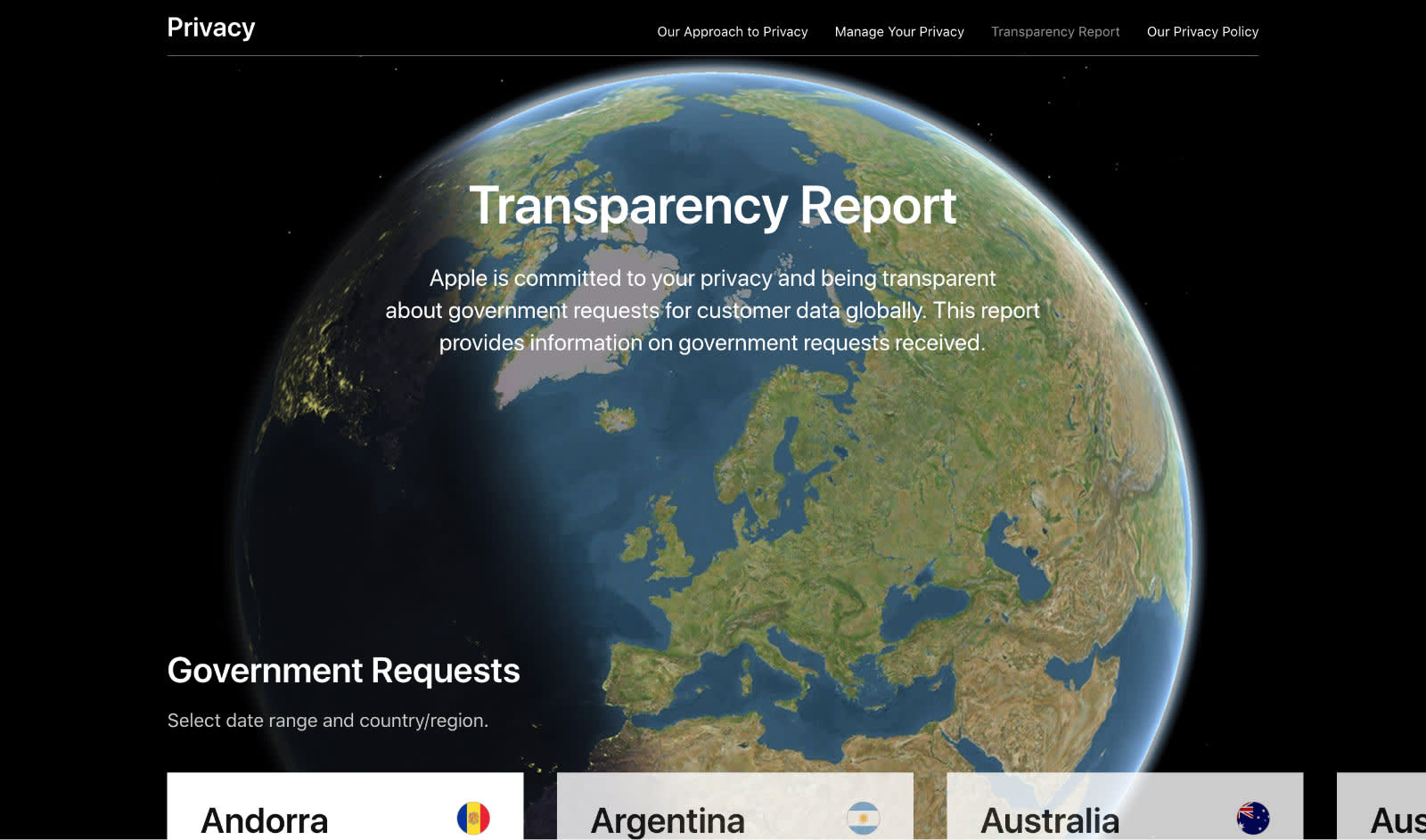 Apple's bi-annual transparency report is here and it now has its own interactive page on Apple's website. As usual, it details the personal data requests Apple received from governments worldwide. Only the new look makes it easier to review and digest thanks to a slider at the bottom that lets you scroll through report cards for each country. And if you're a fan of the old ways, you can still download a PDF crammed with the same data.

According to the report, which covers the first half of this year, Apple received 32,342 demands for user data from governments -- up 9 percent from the previous period -- spanning access to 163,823 devices. Germany made the most requests (42 percent), the majority of which were due to "stolen devices investigations," issuing 13,704 requests for data on 26,160 devices.

The US was in second place with 4,570 requests for 14,911 devices. More than half of these requests (2,397) were for users' basic account information or content, revealed Apple. The US also asked for 918 financial identifiers -- which cover suspected fraudulent credit, debit, or gift card transactions -- attributing them to iTunes gift card fraud.

In addition, Apple received 4,177 global account requests, up 25 percent from the previous period, for 40,641 devices. Apple explains that these requests include iCloud info from Apple IDs, such as account holder name and address, and can also span content, including photos, email, iOS device backups, contacts or calendars. The spike, according to Apple, was attributable to China, which asked for almost 19,908 device data requests "predominantly due to a fraud investigation."

The report doesn't include the number of FISA requests because of a legally required six-month reporting delay. By combining the data in the past, Apple was able to publish the figures ahead of other tech companies, reports Reuters.

In this article: apple, datarequests, gear, security, transparency, TransparencyReport
All products recommended by Engadget are selected by our editorial team, independent of our parent company. Some of our stories include affiliate links. If you buy something through one of these links, we may earn an affiliate commission.