The folks at Merge picked a fitting name for their augmented-reality company, considering that their latest product combines the fun of Nerf guns with the fantasy of first-person shooters. The 6DoF Blaster is a lightweight plastic gun with four clickable buttons, including the trigger, and a space for a smartphone to rest horizontally across its top. The game plays out on the screen, with players ducking, walking and shooting as if the action were taking place in the real world.

The game Merge is showing off for the 6DoF Blaster looks a lot like Superhot, and it's a lot of fun. Players shoot neon robots in a simplistic 3D environment, and the extra buttons allow them to zoom in, slow down time and reload in an instant. It plays seamlessly, following crouching and walking movements just fine. Think of it like a Nerf gun, but without the mess of squishy bullets to pick up when the fun is done. The 6DoF Blaster will cost about $30 when it's available this summer (in a few different colors, no less). Merge plans to open up the entire ecosystem to outside developers and see what kinds of experiences they come up with. The iPhone version of the demo game is built in Apple's ARKit, which is also open to developers, though there's also an Android version.

In addition to that, Merge also launched its Cube last year, a $15 device that uses a smartphone to create holographic, augmented-reality effects. If you point your smartphone at it, for example, you can use an anatomy app to explore different parts of the human body, such as the brain or lungs. Combined with the 6DoF Blaster, Merge aims to create an AR platform for a wide range of genres, including education. 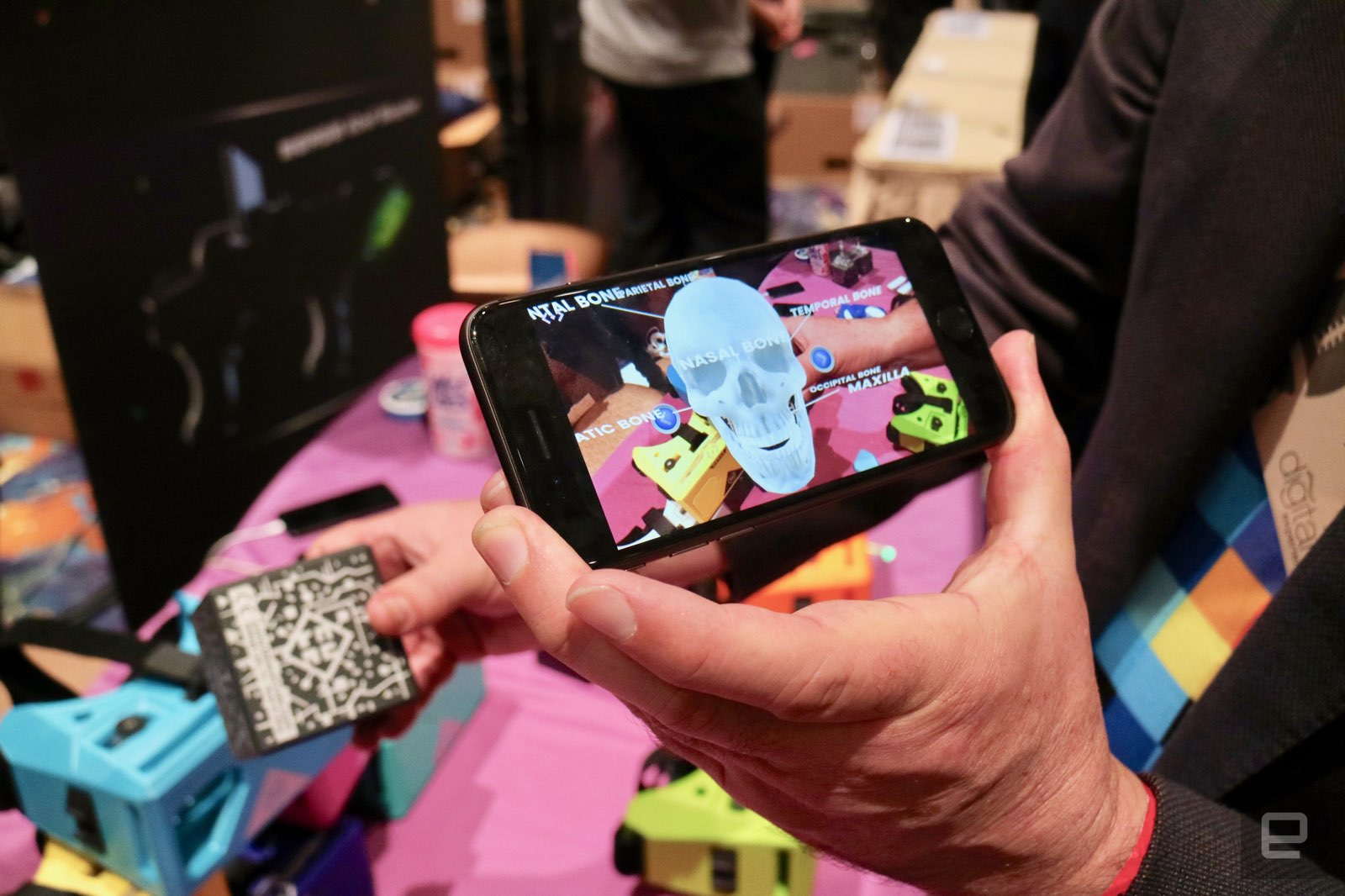 In this article: ar, arkit, AugmentedReality, ces2018, gadgetry, gadgets, gaming, merge, mobile, nerf
All products recommended by Engadget are selected by our editorial team, independent of our parent company. Some of our stories include affiliate links. If you buy something through one of these links, we may earn an affiliate commission.