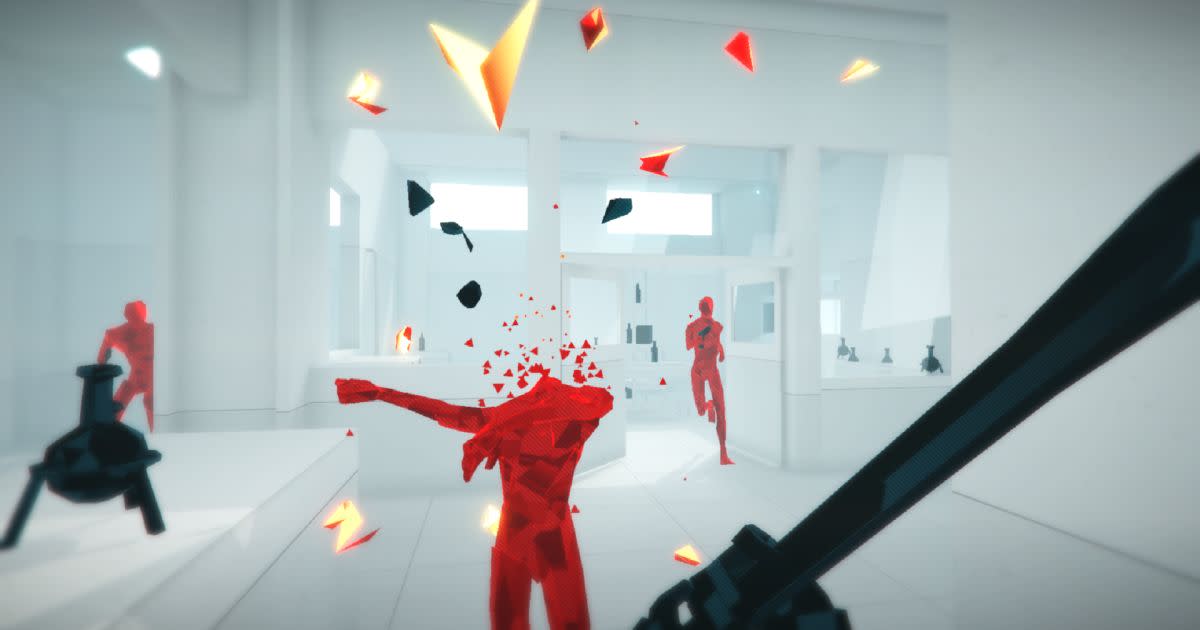 Just last year, Superhot VR came out for PC and consoles with a fancy new game mechanic: Time moves only when you do. The virtual-reality version came out for Oculus Rift last October with a couple of twists -- chiefly, the player stays in one place while the enemies advance. In the PlayStation pre-show today, the company announced that Superhot VR will be coming to Sony's PSVR system "in a couple of weeks."

Superhot came out of a seven-day first-person shooter game jam in 2013. The Poland-based developer team picked up a Developer Showcase award for the title in the same year and released it on the internet. It was greenlit on Steam in a single weekend, proving that gamers wanted to play. The team took Superhot to Kickstarter and raised $100,000 in less than 24 hours, ending up with a total of $250,000 to fund the rest of the development. An Xbox One version came out in May of 2016 as well.

In this article: applenews, av, e32017, gaming, psvr, sony, superhot, superhotvr, virtualreality, vr
All products recommended by Engadget are selected by our editorial team, independent of our parent company. Some of our stories include affiliate links. If you buy something through one of these links, we may earn an affiliate commission.