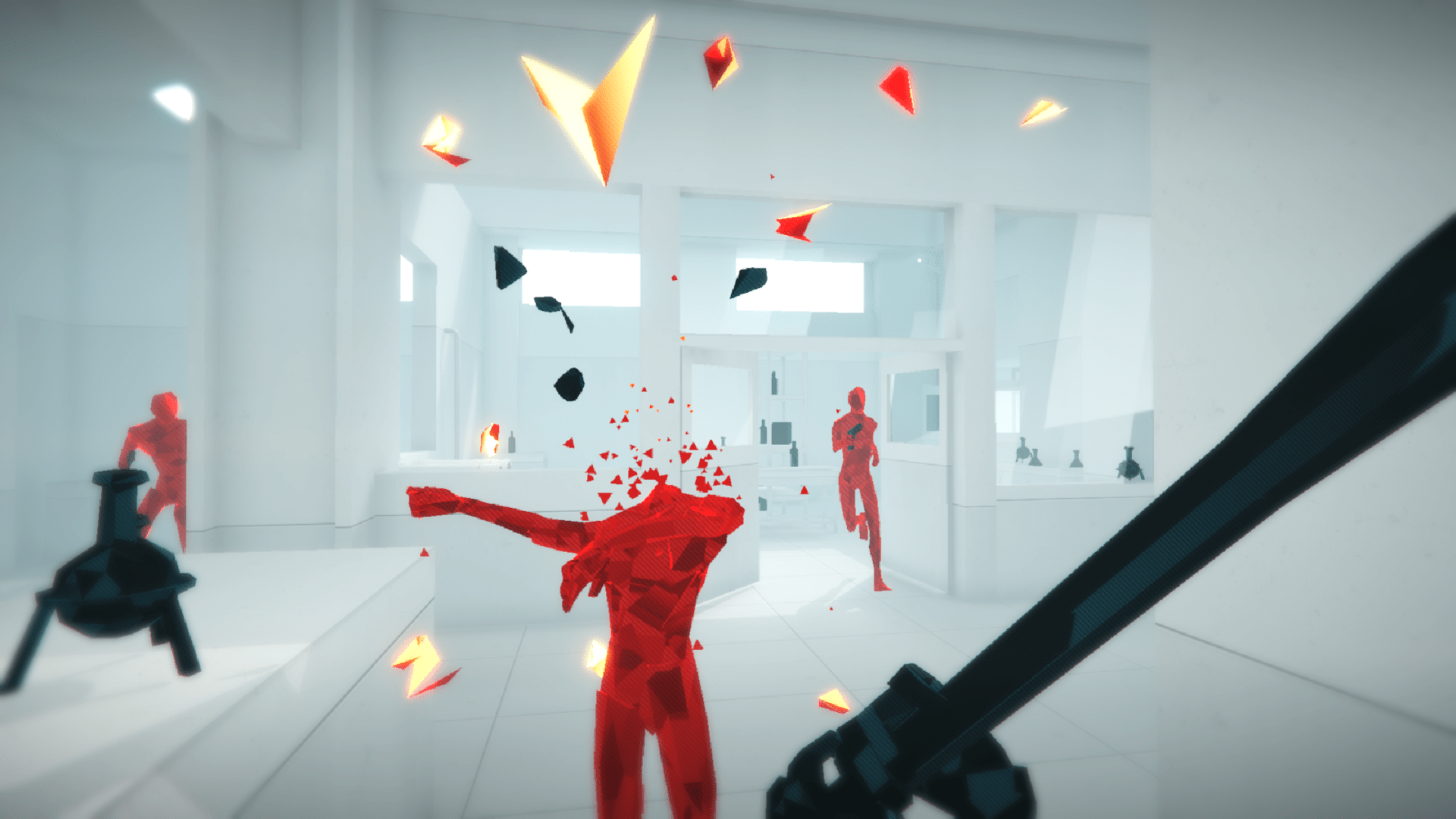 Earlier this year, Superhot launched on PC and consoles with a fresh gameplay gimmick: Time only moves when you move. This simple idea turned the fast-paced action of an FPS shooter into an odd, methodical, and tense puzzle game where players could stop in their tracks to think their way around a barrage of incoming bullets. It's incredibly fun on traditional gaming platforms -- but it's even better in virtual reality.

The basics of Superhot carry over to its virtual reality version, but it's not exactly a straight port. Rather than running around levels, and having your momentum kickstart the timestream, the player stays in one place as the enemies advance. The levels are shorter, too. After a barrage of attackers are dispatched, the game moves forward to the next scene. Each moment is like a short, time-locked puzzle -- surviving a section means figuring out what order to dispatch enemies in and how. Sometimes this means merely shooting one, other times it means methodically blocking their shots with an object in the room or throwing a coffee cup at them (really). Sometimes, it means just knowing when to duck so a trap in the room takes out the bad guy instead of you.

It's not just the level design that makes Superhot VR different from the core PC game, though -- it's Oculus Touch. Player movement is what triggers the world's movement, and that includes every tiny movement your hands make with Oculus' new motion controllers and your head movements. It's a lot harder to keep time frozen in Superhot VR, which forces you to think faster. When you do finally figure out how to clear an area though, it's extremely satisfying, and that's the beauty of Superhot VR: It leaves you with a lingering sense of accomplishment. You didn't just kill some bad guys, you solved a puzzle. It's a good feeling.

Superhot VR is one of those experiences I can't recommend highly enough. It's creative, surreal and perfect for the medium of virtual reality. Unfortunately, it might not last long. Superhot's developers say they're targeting a 2-4 hour experience. That's typical of a lot of first-gen VR games, but it's a shame. If our short demo is any indication, Superhot VR is the kind of game that will leave you wanting more.

In this article: av, demo, facebook, fps, games, gaming, hands-on, oc3, oculus, oculusconnect3, oculusrift, oculusvr, rift, superhot, superhotvr, video
All products recommended by Engadget are selected by our editorial team, independent of our parent company. Some of our stories include affiliate links. If you buy something through one of these links, we may earn an affiliate commission.