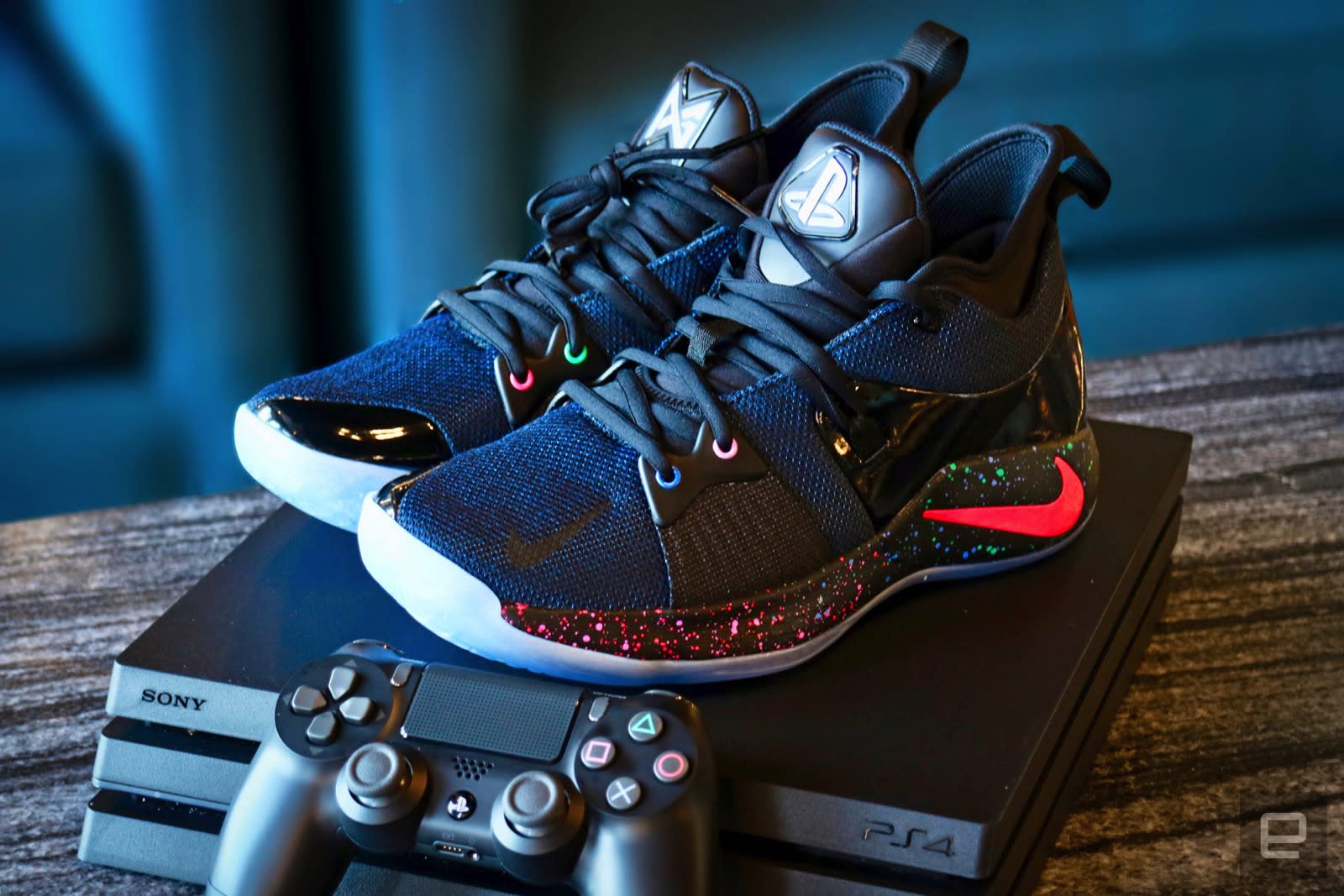 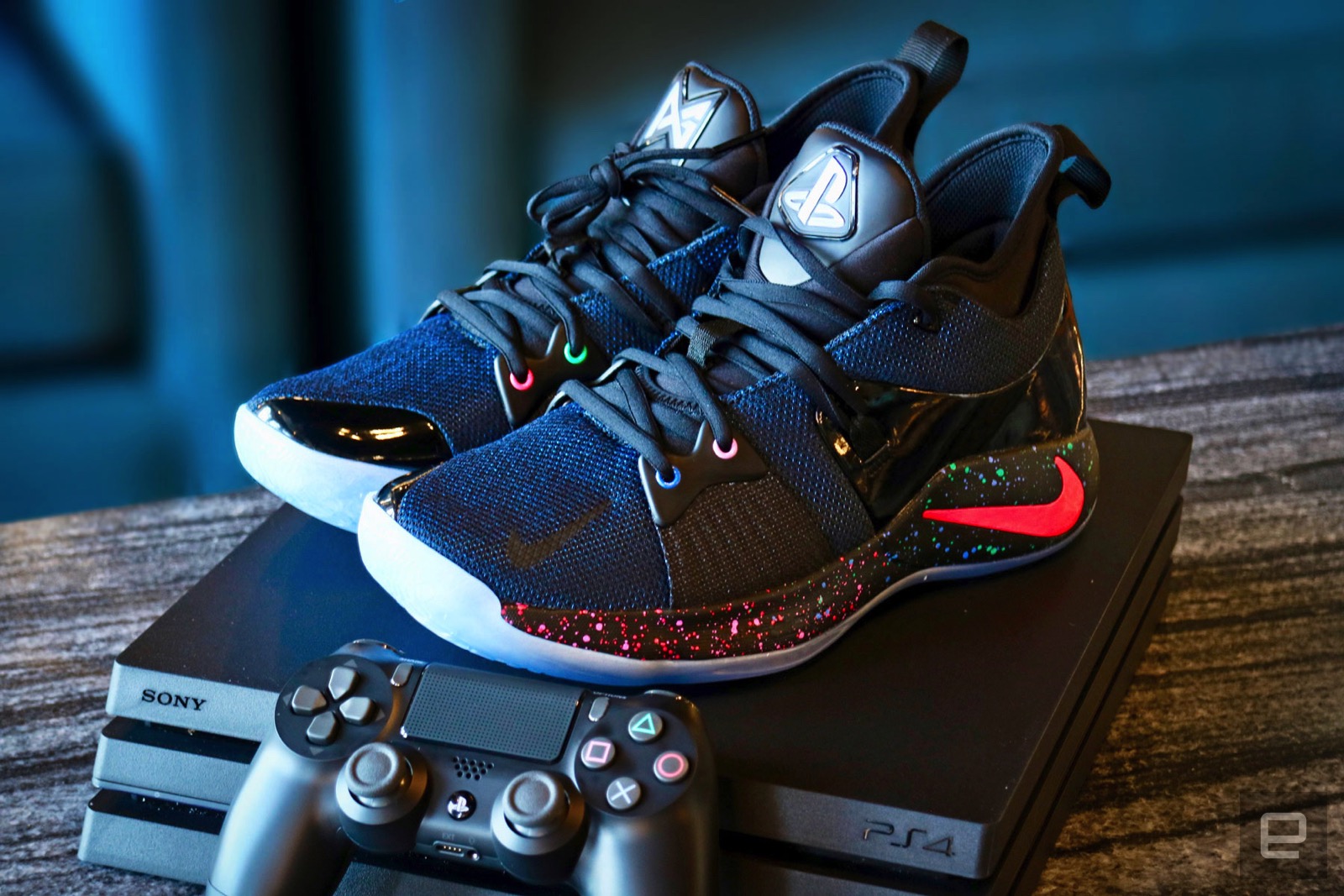 It's not often we see a shoe that appeals to both the sneakerhead and gamer communities. But Nike managed to do exactly that with the PG2, the second signature model of professional basketball player Paul George, which features a design inspired by Sony's PlayStation console and its DualShock controller. Nike says that George, who plays for the NBA's Oklahoma City Thunder, worked closely with PG2 designer Tony Hardman to create an on-court shoe that would represent his love for gaming and, specifically, the PlayStation.

George claims to be one of the league's most avid gamers, so much so that he says he takes the PS4 with him every time his team travels during the NBA season. That's why he was so keen on the "PlayStation" PG2s being the first version of his new signature shoe line. If you're a DualShock fan, you'll find plenty of details around here to love. That includes lace loops that are the same color as the controller's buttons (blue, green, pink and red) and a black patent leather heel tab with graphics of the cross, circle, square and triangle. 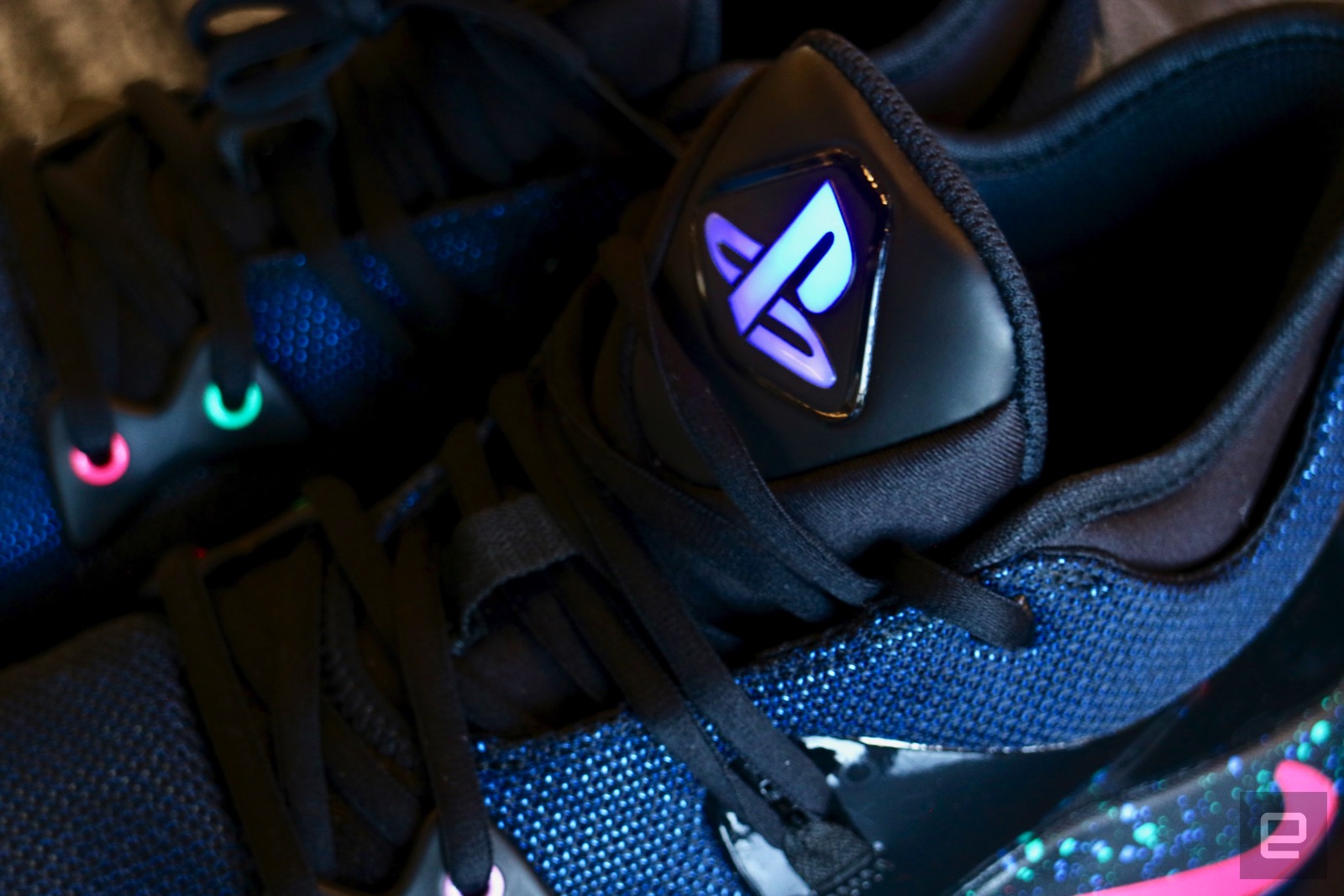 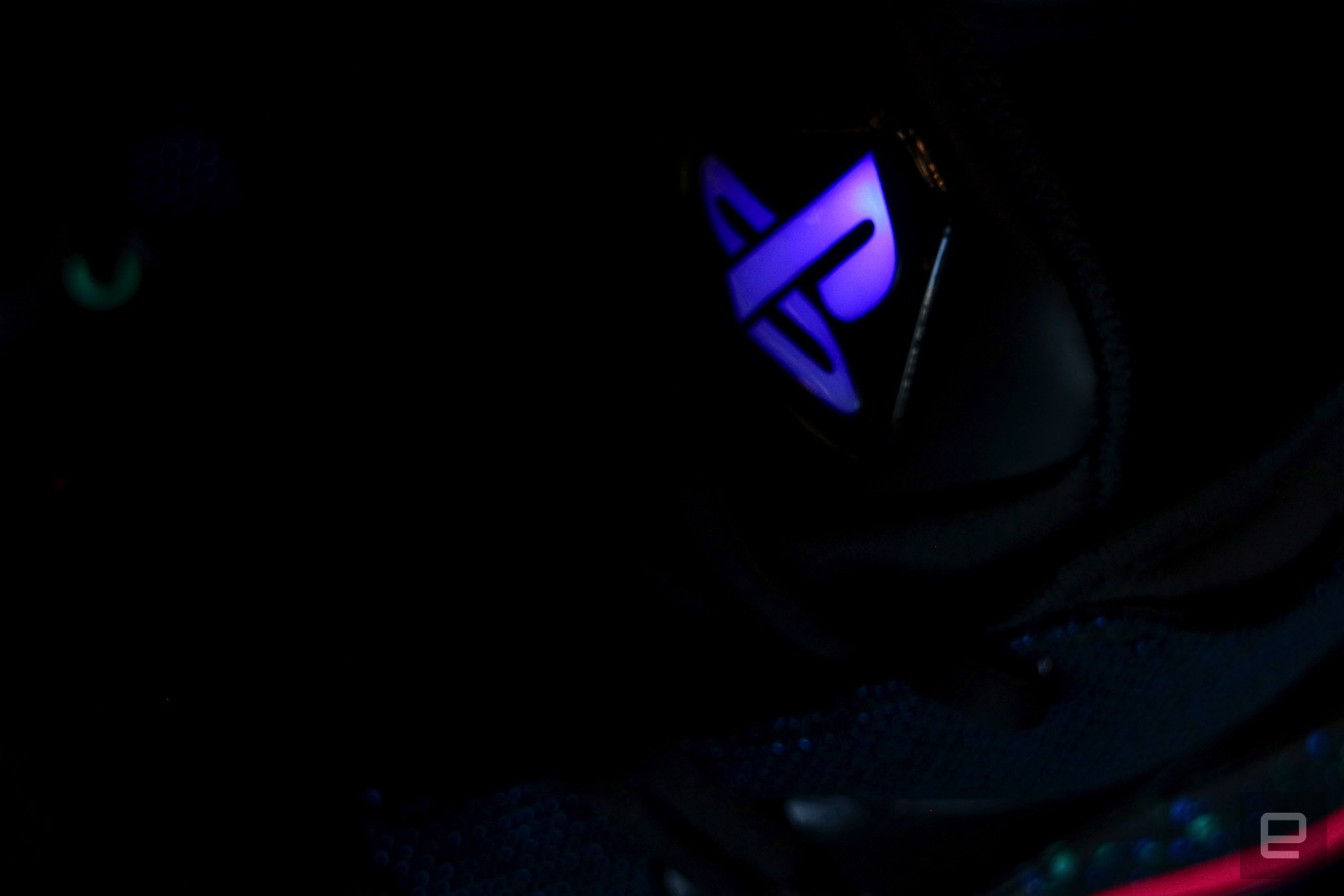 Meanwhile, the midsole is full of bright, galaxy-themed speckles that are meant to look like one of the PlayStation's dynamic wallpapers. As great as all those touches are, though, the main highlights of the PG2 are the blue light-up logos on on the pair. On the left shoe, there's a "PS" logo and on the right one, Paul George's personal "PG" futuristic lettering, which you can turn on via a power button located on the back of the sneaker's tongue. When you do that, you'll feel a pulse-like haptic effect that's intended to mimic a DualShock controller. And because Nike really wants to take bring the '90s back, part of the bottom sole glows in the dark.

It's worth noting that the batteries in the PG2s are actually self-contained, so there's no way to charge them if they ever die. Nike claims the shoes have a life span of around 150 hours, so you'll have to be cautious about when you use the light-up feature. According to Hardman, the idea from the beginning was to keep the PG2s simple and not have rechargeable or replaceable power, otherwise the cost of the pair could end up being quite high. Nike's self-lacing HyperAdapt 1.0s, for instance, come with magnetic wireless charging pods, but they cost a steep $720. Not exactly affordable. Those of you who are into sneakers know this isn't the first time Paul George and Nike have made a gaming-inspired shoe. The PG1 had a model that was created in partnership with NBA 2K17's developer, dubbed simply the "2K," although that project wasn't as memorable as the "PlayStation" PG2. It only had a sock liner with an image render of George's avatar in 2K17, the year he was the title's cover athlete.

Of course, the PG2 is a basketball shoe after all, so Nike didn't leave out any of the tech that'll make basketball players comfortable when they're hooping. The Nike Air Zoom unit is will give you stability, while the insole/midsole combination feels plushy and offers a "bounce" effect as you take steps around the court. All in all, Nike and Sony did a great job of collaborating on a shoe that won't just be good for playing basketball, but also promises to be sought after as a collector's item for sneakerheads and gamers alike.

If that's you, you'll have to keep your eyes peeled on Nike's SNKRS app, because the "PlayStation" PG2 will be a limited edition model when it launches on February 10th for $110.

In this article: av, basketball, design, dualshock, entertainment, fashion, footwear, gaming, gear, hands-on, nba, nike, paulgeorge, pg1, pg2, playstation, playstation4, ps4, shoe, shoes, sneaker, sneakers, sony, sports, wearables
All products recommended by Engadget are selected by our editorial team, independent of our parent company. Some of our stories include affiliate links. If you buy something through one of these links, we may earn an affiliate commission.