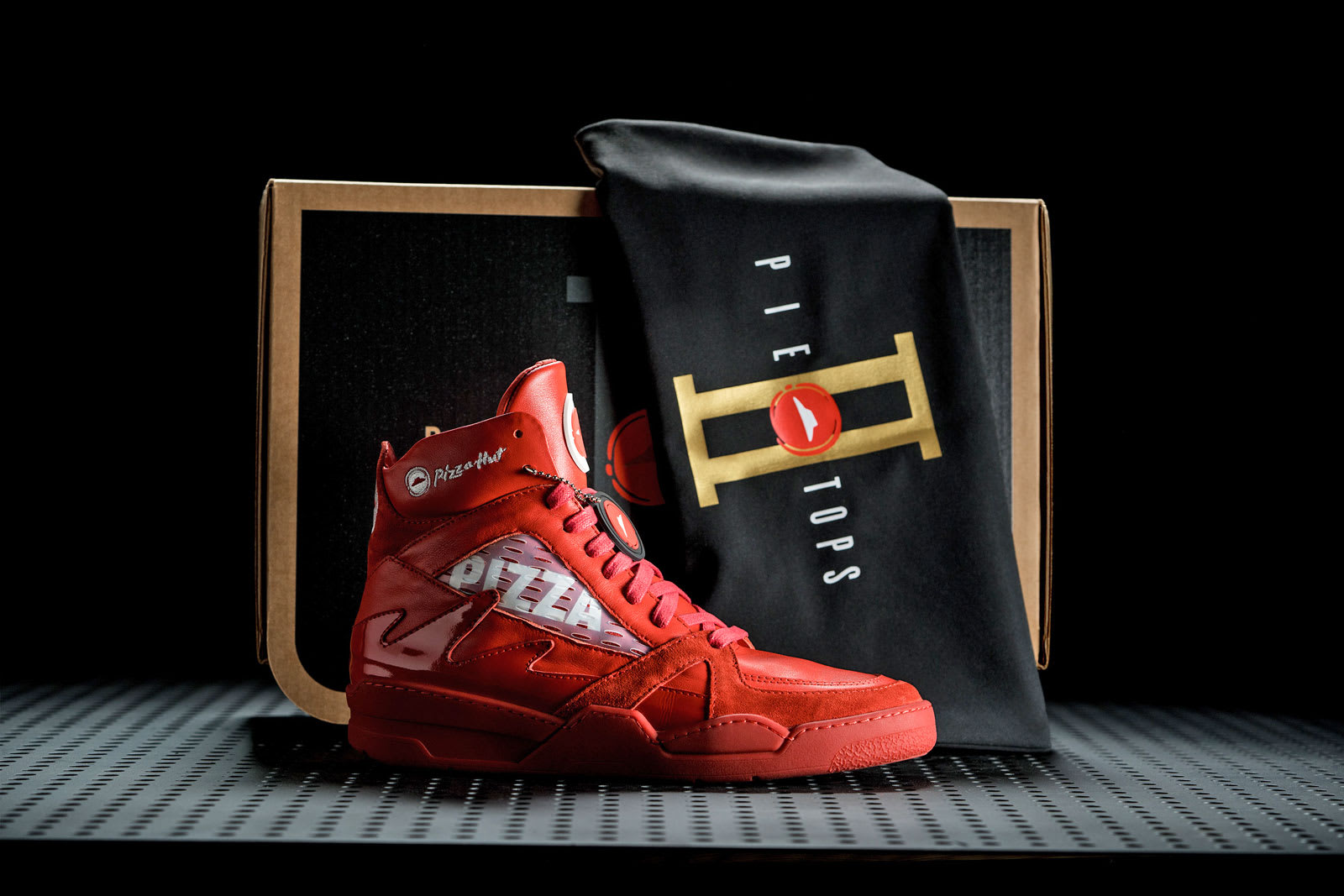 If you're one of the many people who is bummed because your shoes can't order pizza for you, boy do we have some news for you. Pizza Hut is bringing back its Pie Tops sneakers, which can order pizza at the press of a button, thanks to a Bluetooth connection with your phone and the Pie Tops app. Not only that, but the Pie Tops II can also pause your TV when your pizza is at the front door. How revolutionary.

Pizza Hut is the official pizza of March Madness, and it introduced the Pie Tops sneakers last year. However, this is the first time these beasts can actually be purchased. Pizza Hut and The Shoe Surgeon will make 50 pairs of these shoes available on hbx.com the week of March 19th, with more pairs to come later in the year -- follow @PizzaHut and @Hypebeast on Twitter for more details. It is unclear how much they'll cost, but honestly anything other than "zero dollars" is probably too much. 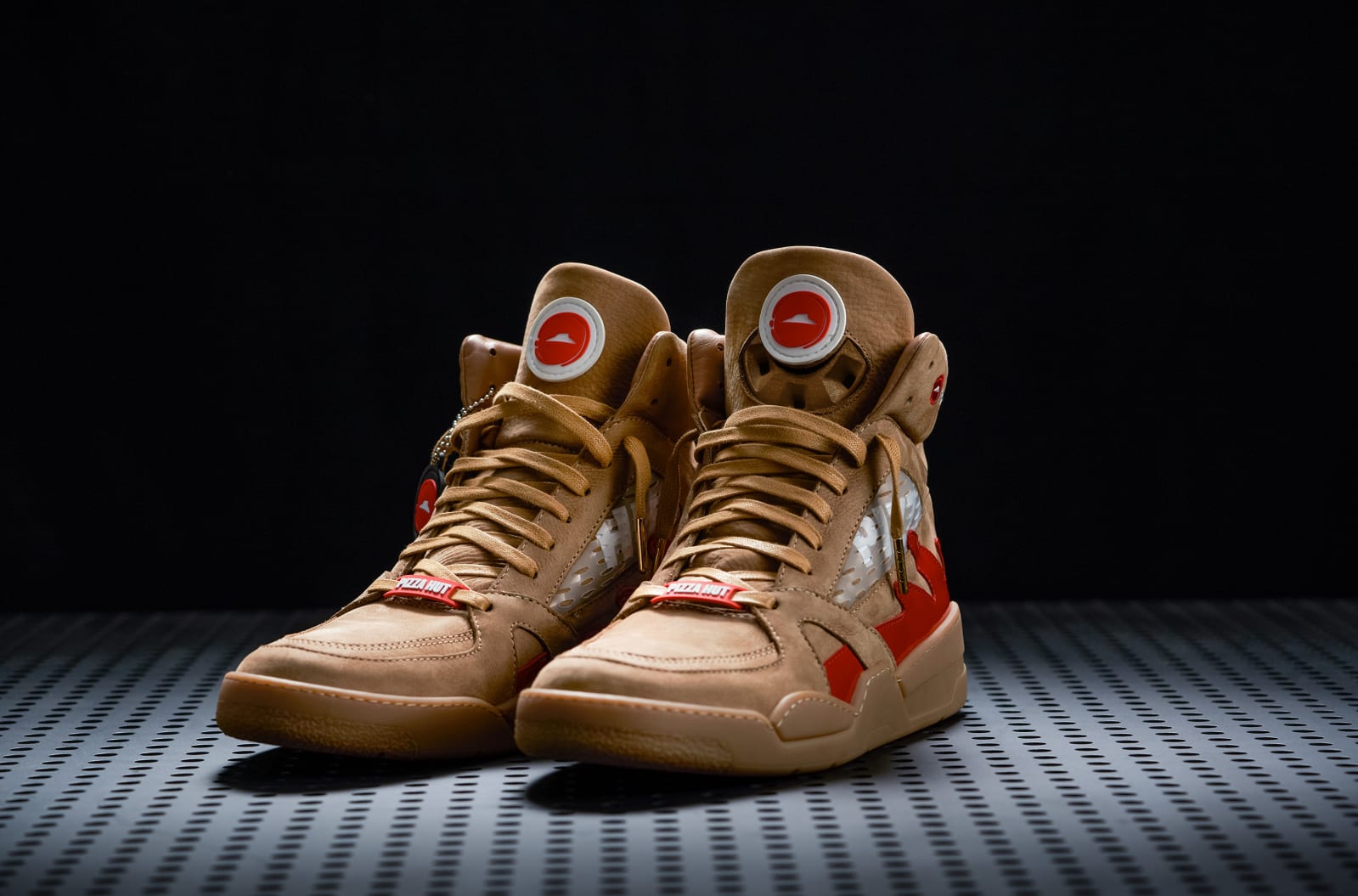 The shoes will come in two different colors -- red and wheat. There will be multiple size options available, including for women and teenagers. Ordering through the shoes snags you a two $5.99 two-topping medium pizza deal throughout the tournament. It's not clear how a user can choose the toppings through the shoes; presumably the phone app will be involved in the specifics of ordering.

We've seen a lot of gimmick technology used for promotion (let's not forget KFC's chicken wing box that was also a drone), but you have to hand it to Pizza Hut here. At least these sneakers are, in and of itself, a useful item and you can use them once the promo is over as, you know, actual shoes.

In this article: gear, pizzahut, wearables
All products recommended by Engadget are selected by our editorial team, independent of our parent company. Some of our stories include affiliate links. If you buy something through one of these links, we may earn an affiliate commission.